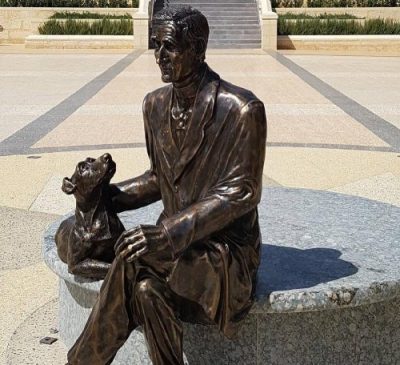 John’s early life was a comfortable one in a middle-class family where bible reading and church attendance were the norm.  During his  schooling at King’s School in Canterbury, John Hawes was described as a 'quiet but effective student'.[1]  He had little interest in the sporting pursuits offered at the college, though he does mention acquitting himself as a half-back in the rugby team. He mostly revelled in the school’s ancient buildings and spent much of his free time discovering the charms of Canterbury Cathedral which loomed large over the King’s School grounds.  He was impressed by the atmosphere of the church and its  former history as a Catholic Cathedral and took a great interest in the life of St Thomas Beckett.

It was evident that, as well as a more than ‘normal’ attraction to all things religious, he had a flair for visual art and in 1893 upon completing his schooling Hawes commenced an architectural ‘apprenticeship’ in a London commercial architectural firm. During his five years of articles with the inner London firm of Edmerton & Gabriel, he attended evening classes at the London County Council Arts & Crafts School where he learned, among other things,  to  carve in stone & wood. He was accepted into the Architectural profession in 1897.

John Hawes life and works as an architect, and within the Christian faiths, were always entwined. One of his first Architectural commissions was an Anglican Church in Northumberland for Bishop Hornby. It was through this project and working with Bishop Hornby that Hawes was encouraged to study for the priesthood and in 1903 he was ordained  an Anglican Deacon in St Paul’s Cathedral, London.  He was very much taken by the “High Church” ways of worship and ceremony and followed closely the Anglo-Catholic movement within the Anglican Church.  His first appointment was at The Holy Redeemer Church in Clerkenwell, London.

In 1908, Bishop Hornby, who was now the Bishop of Nassau in The Bahamas,  once again invited Hawes to work with him.  A devastating hurricane had destroyed all the churches on Long Island and he believed that Hawes was the perfect person to help with their restoration and minister to the people.

Hawes worked diligently during his time in the Bahamas and restored 4 churches on Long Island.  He was however struggling with personal conflict over his religious direction. He left the Bahamas after two very productive years and began his journey with Catholicism. He converted in New York in 1911 and four years later he was ordained a Catholic Priest in Rome. 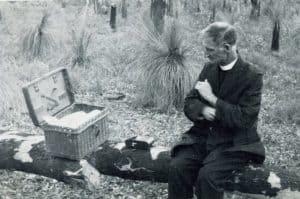 20th century. Hawes arrived in Western Australia at the beginning of November 1915. He spent his first summer in the Murchison travelling first to Cue in the very hottest part of the year. In a letter home to England he described the climate as far too hot to do anything except “flop around struggling to exist”.   He soon adapted to the harsh environment and always carried a full waterbag and wore light clothing while riding his horse for long distances to visit families on remote sheep stations.  His friendly manner and dedication to his parishioners endeared him to the locals.

In 1916  he was recalled to Geraldton to begin work on St Francis Xavier Cathedral. He began immediately engaging builders, tradesmen, and labourers, ordering materials, and assisting Bishop Kelly with his fundraising. The first stage of the cathedral was completed in 1918.  Due to financial constraints and the  death of Bishop Kelly in 1921, work did not recommence until 1926 with the 2nd stage being completed in 1928. It was not until ten years later in 1938 that  the magnificent cathedral was finally completed and officially opened to much fanfare that extended over 4 days.

During his time in the Mid-West, Hawes was responsible for an astounding body of work throughout the region. His creations ranged from basic corrugated iron structures like St Patrick’s Church in Wonthella,  Geraldton, to the unique design of Our Lady of Mt Carmel in Mullewa, or the grand structure of Nazareth House perched on the edge of Champion Bay in Geraldton. There is little doubt that Hawes’ work in the region has contributed,  and will continue to contribute, to the vibrancy of the local built environment.

He designed himself a small cottage, The Hermitage, adjacent to  St John of God Hospital in Geraldton. Hawes declared the building, completed in 1936, was to be his retirement home. At the same time he also designed a beautiful chapel, San Spirito, that was built in the grounds of the Geraldton cemetery, and included  a place for his own grave at the foot of the Rood Screen and a brass effigy of himself set into a marble slab. However, in 1939, Monsignor Hawes left Western Australia for England and eventually Cat Island in the Bahamas, never to return.

Hawes  was not only admired and respected for his architectural  work, he was loved by his parishioners, and the wider community.  He was especially respected for his knowledge of and love for animals.   As well as breeding and at times riding race horses, he also bred fox terriers and included a special entry for his beloved Dominie in his house in Mullewa.  His biggest regret on leaving Geraldton was having to say goodbye to his beloved companion and noted in his diary that 'the loss of the dog's companionship was the greatest cross he had to bear'.   Follow the link to read a story of Hawes's beloved horse Benito Boy.

While his aim in returning to The Bahamas had been to live out his life as a hermit under the name of Fra Jerome, his architectural skills as well as his priestly talents, were once more, very much in demand. This was also a very productive stage of his architectural life and as well as building 4 Churches on Cat Island and 1 on Long Island, he undertook his biggest commission of all in Nassau – St Augustine’s Monastery, School and Church, as well as the  convent of Blessed Martin de Porres.

He did however also succeed in building a most impressive but simple dwelling on Como Hill, the highest point in The Bahamas.  He named it Mt Alvernia and built  his Hermitage and Chapel and also created his own burial chamber beneath the hill.

He died on June 26th, 1956 in Miami, Florida aged 79 and according to his wishes, was returned to Como Hill and placed in his ‘little cave’ with no coffin, dressed in the Franciscan habit, lying on his back with his arms outstretched in the form of a cross.

What an amazing man!

Listen to the audio clips below for further insights into  the life of this remarkable man and visit the Hawes Heritage Trail Page for further audio, pictorial, and written information. 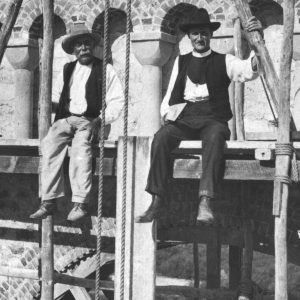 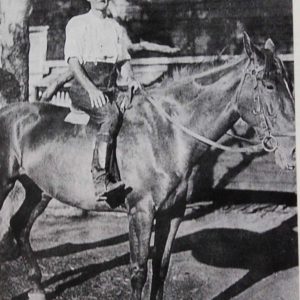 John Hawes on his horse Babs at Tardun 1930 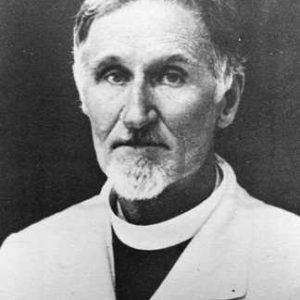 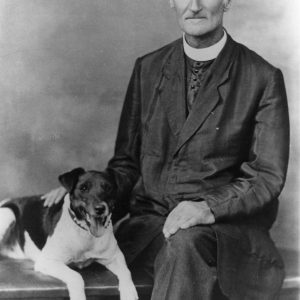 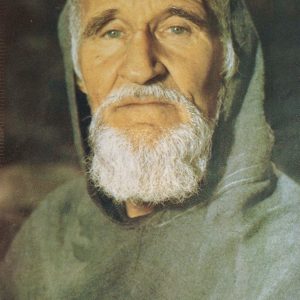 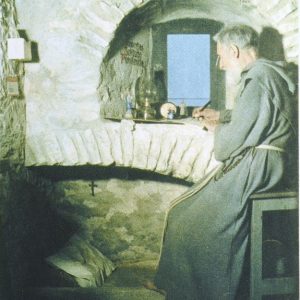 Fra Jerome at his desk in his Cat Island Hermitage 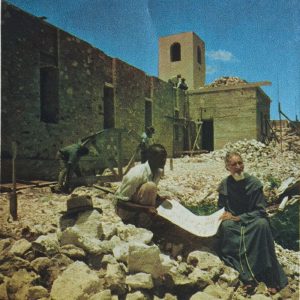 Fra Jerome building in The Bahamas 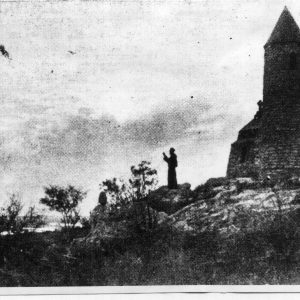 The Autobiography of John Cyril Hawes

Between Devotion and Design     The Architecture of John Cyril Hawes 1976-1956 by John J Taylor University of WA Press  Available from Monsignor Hawes Heritage Centre https://www.monsignorhawes.com/merchandise/ ($50) or  by contacting Fr Robert Cross  by phone 08 99 213221 or  email

Listen to Steve talk about his book with Ian MacNamara, host of  'Australia All Over'.

The Hermit of Cat Island    The Life of Fra Jerome Hawes   by Peter F Anson    P J Kennedy & Sons New York   This is out of print but available at outlets online or can be read online .

The Conscious Stone   A biography of John C Hawes  by A G Evans  The Polding Press Melbourne 1984  -  Out of Print but may be found online.

Interview with Basil Berry who was an altar boy for Hawes and later built Nazareth House.