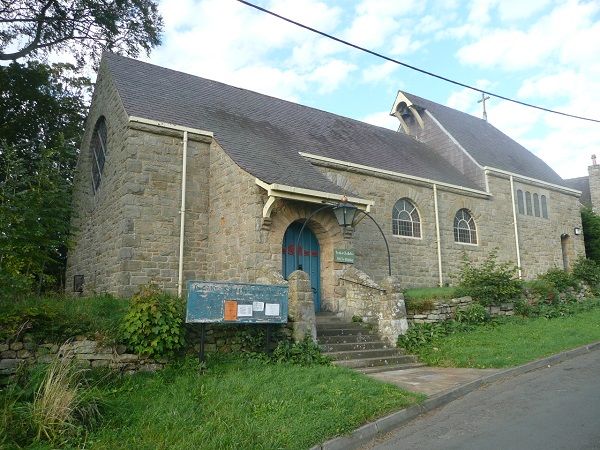 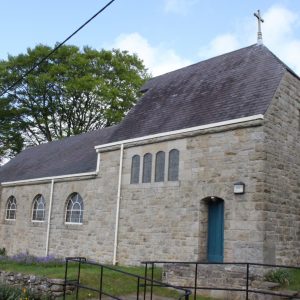 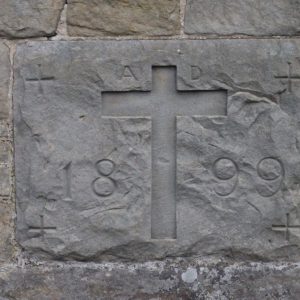 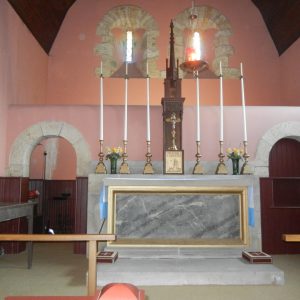 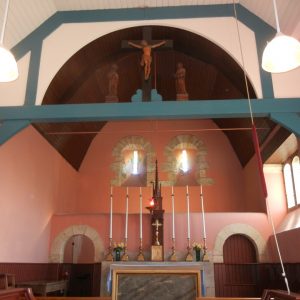 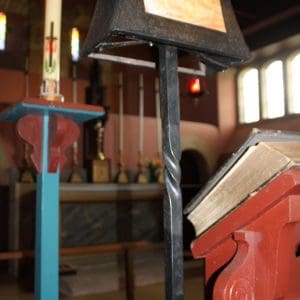 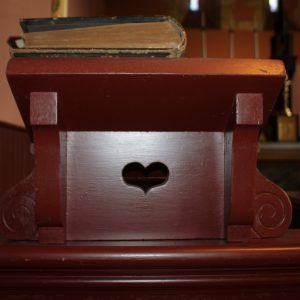 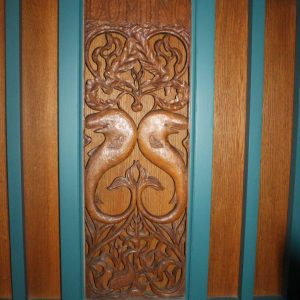 In 1898, Hawes completed a model of an imaginery church which was accepted for the Royal Academy Exhibition and judged to be of outstanding quality.  After seeing the model and meeting Hawes, Bishop Wilfrid Hornby of Northumberland invited him to design a new church for the village of Gunnerton based on his model.

The church was consecrated in November 1900 and cost £760 (including the benches and heating apparatus). Members of the Hawes family contributed items  to the Church including a statuette (Thorwaldsen’s figure of the Saviour) donated by E B Hawes, altar linen by Miss Hawes, and  a porch lamp donated by Mr and Mrs Hawes.

Hawes wrote in later life - In my art, faithful to the teaching of Lethaby and Prior, I abhorred style-mongering and copyism and my village church at Gunnerton is as good as anything I have done since . . . Entering, you would mistake it for a Catholic church, with its stone altar, tapering tabernacle and six tall candlesticks; its Rood-beam and twin Ambones.

In 1901 the church was described in The British Architect as a “more than usually  interesting village church”. It is the only  extant church designed by Hawes in England.

By the early 90’s the church had fallen into disrepair and Vincente Stienlet, a leading church architect, was specifically commissioned to oversee a restoration and enhancement project.

Hawes lived at the vicarage at the nearby village of Chollerton during the construction of St Christophers and assisted in teaching catechism, visiting the sick and poor as well conducting services as a lay reader in nearby hamlet chapels.

Hawes was encouraged to join the Anglican ministry while in Chollerton by Bishop Hornby and in late 1901 Hawes entered Lincoln College to commence studies for the Anglican priesthood.

This building has been featured in a publication by Roger Button   Arts and Crafts Churches of Great Britain.