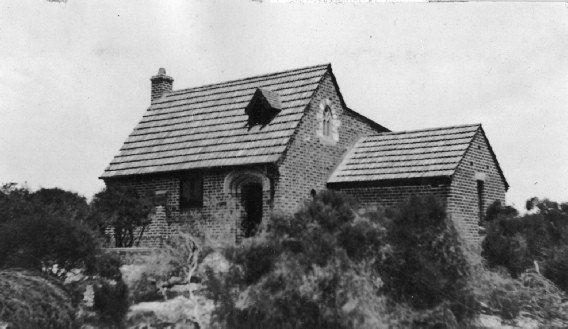 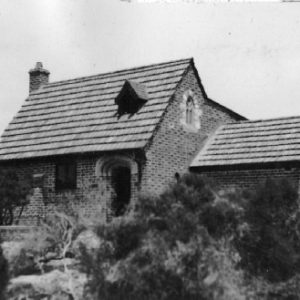 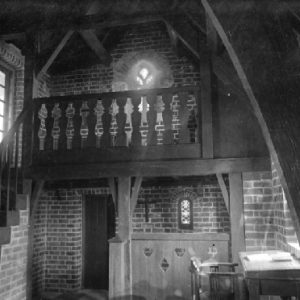 Interior looking up to loft with statue of Dominie on Newell post. 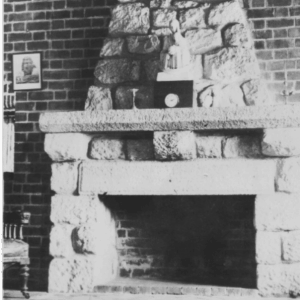 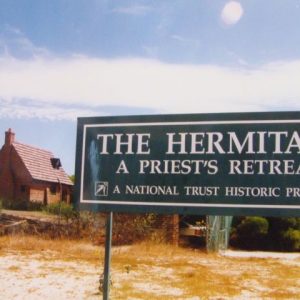 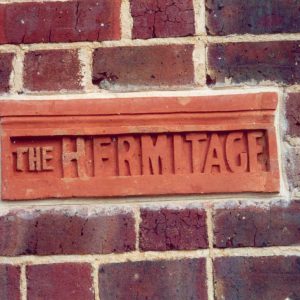 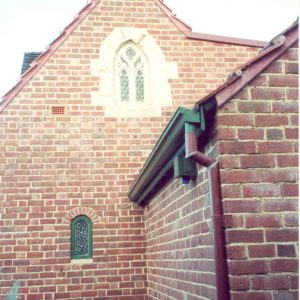 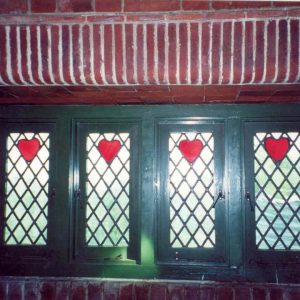 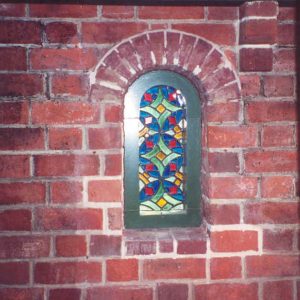 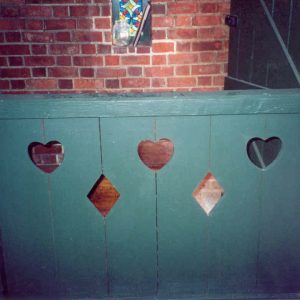 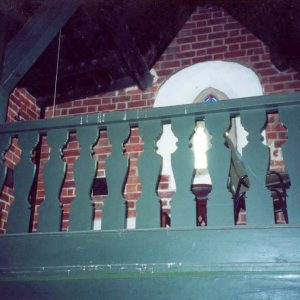 The mezzanine floor inside The Hermitage. Geraldton 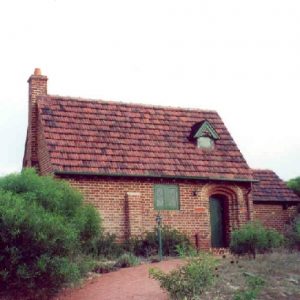 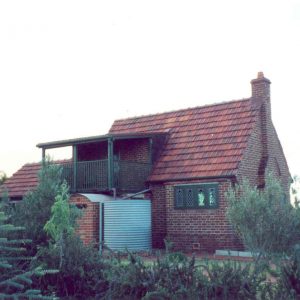 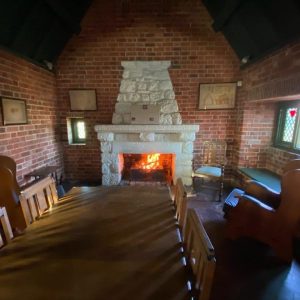 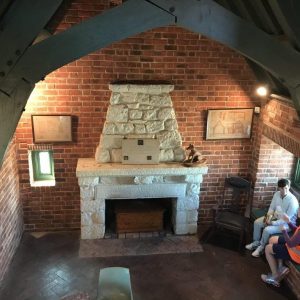 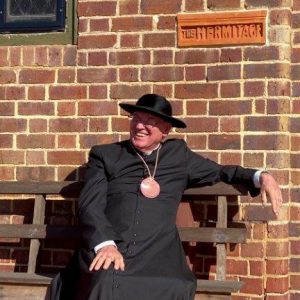 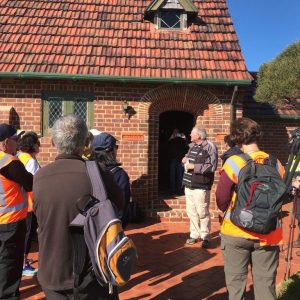 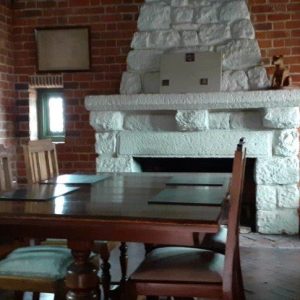 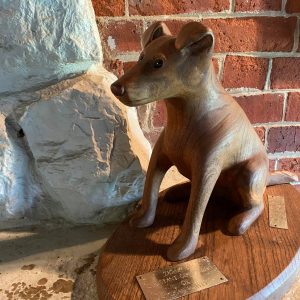 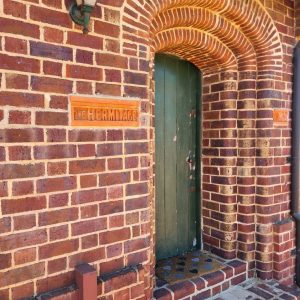 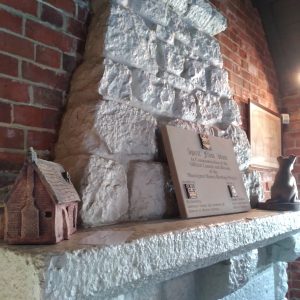 The Hermitage was designed by Hawes and built  as the Chaplain's residence for Geraldton's St John of God Hospital. It is a small brick and tile residential building with design elements of the Inter-War Old English architectural style and with internal features such as cut out hearts, reflecting the  Arts & Crafts Movement influence. It is one of the few domestic buildings in the trail.

Hawes actually paid for the land (£45) but the title was placed in the name of the Bishop of Geraldton. The builder,  Stephen Harvey, was a friend of Hawes  who had previously borrowed £200 from Hawes in 1930 to build his own house.  Harvey appears not to have repaid the debt so Hawes saw Harvey’s labour as being a way of recouping the debt.

Hawes was considering the position of Hospital Chaplain for himself following his retirement, and therefore designed the building to suit his simple needs. This however  did not eventuate.  Instead, the first occupant was a close friend of Hawes,  Fr James Prendergast, who lived there from 1936 to 1943, serving as chaplain for the hospital.  Hawes did subsequently  stay overnight in The Hermitage on many occasions, together with his dog Dominie, as a guest and friend of Fr Prendergast,  who also had a fox terrier, Rory, the son of Dominie.

After the death of Fr Prendergast The Hermitage was used by St John of God Hospital as nurses  accommodation and later became a St Vincent De Paul meeting and store room.

In July 1990 Bishop Hickey, Bishop of Geraldton,  took up residence in The Hermitage until his transfer to the Archdiocese of Perth in August 1991.

From 1990 to 2014, The Hermitage was occupied by tenants and opened occasionally for public  inspection.

On 2 January 2019, the Management Order for The Hermitage was given to the Diocese of Geraldton.

In 2021 Monsignor Hawes Heritage Inc  conducted a very successful fundraising campaign to re-purchase the building from the State Government.   This very unique and significant piece of Hawes’ heritage has now been  re-united with the majority of the built heritage of Hawes which is in the possession of the Diocese of Geraldton.

It is planned to make The Hermitage available as a B & B, for tours, and small meetings or gatherings.

The roof timber beams are all karri and axe-hewn by sleeper hewers at the timber mills in Manjimup in the south of Western Australia.

A feature of The Hermitage, which is typical of Hawes work, is an inscription painted on a purlin on the ceiling of the Mezzanine floor. It is written in Latin and is Psalm 38:14. It reads,

This translates to,  Forgive me that I may be refreshed before I depart and will be no more

The large stone for the  fire place  was salvaged by Hawes from old Geraldton cottages,  some of the earliest buildings in Geraldton.  The  parquet floor  was cut from well-seasoned old rafters from the same cottages, and the doors were also salvaged from these buildings.

The cottage featured a carving of Hawes's Dog Dominie by the timber craftsman Ewart Johnson but this was destroyed by vandals during the 1970s. The position of the dog's feet can still be seen on top of the newel post. There is also a doggy door in the wet area.

As the house was designed specifically for the hospital chaplain, there is no kitchen as the priest would have taken his meals in the SJOG convent across the road.

The Hermitage can be found at 50 Onslow St Geraldton.

Tours for $5 per person  can be arranged  at the Monsignor Hawes Heritage Centre   or by phoning the Tours Coordinator Gerry (0417 912997).