Our Lady of Mt Carmel – Mullewa 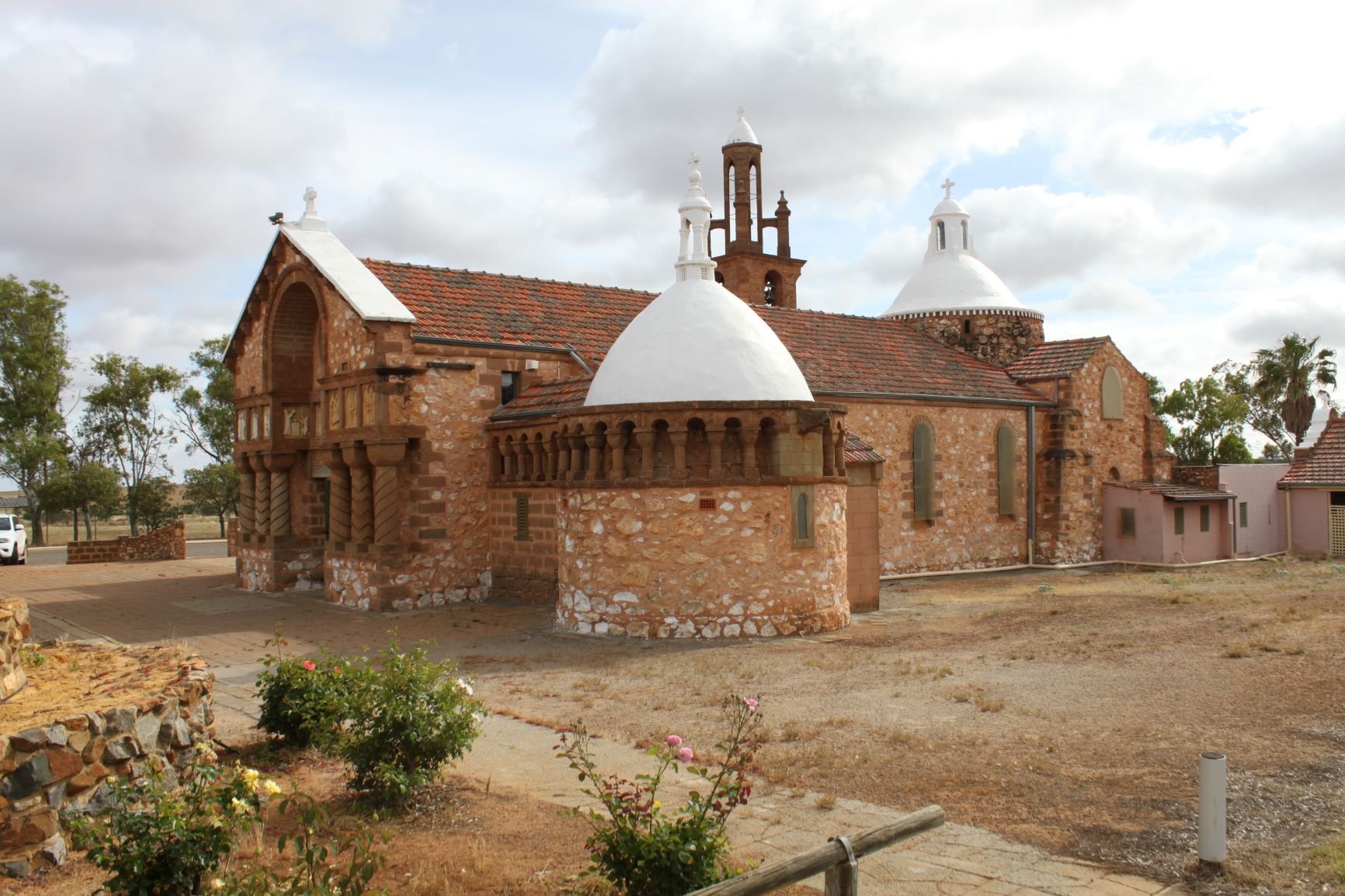 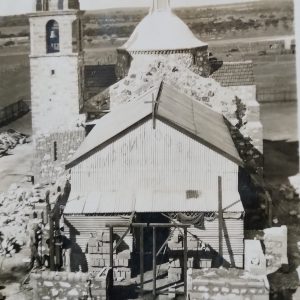 Commencement of OLMC around original church. 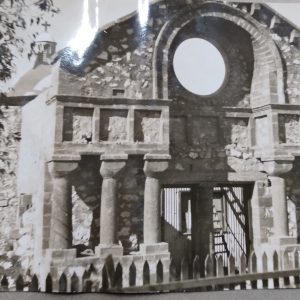 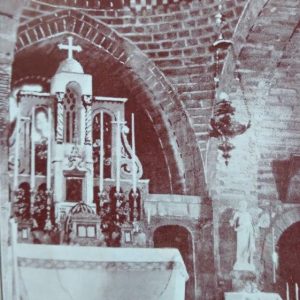 The altar in the OLMC Hawes Album. 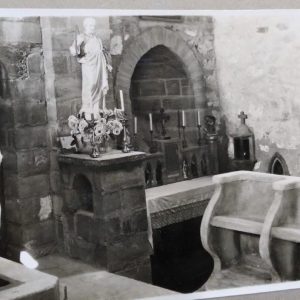 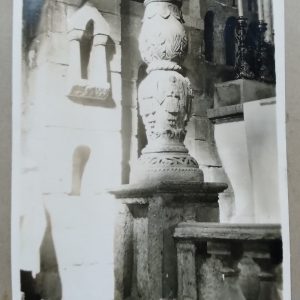 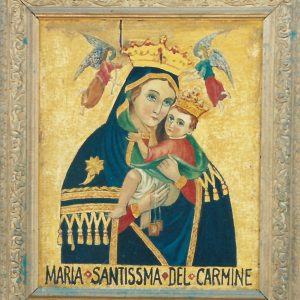 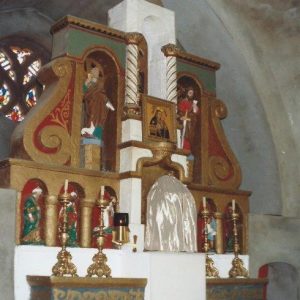 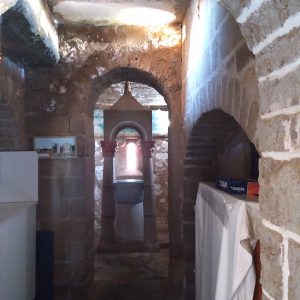 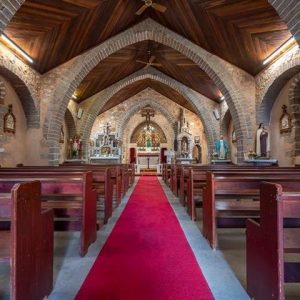 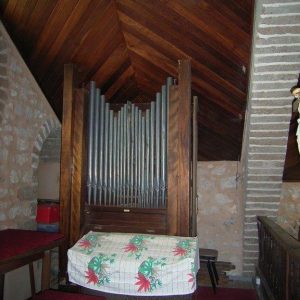 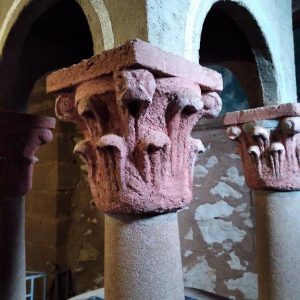 The Baldachino over the Baptismal Font 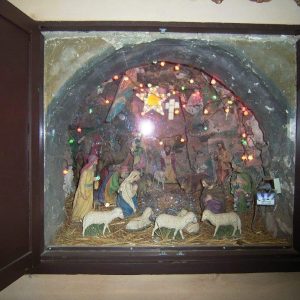 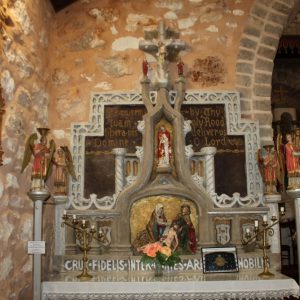 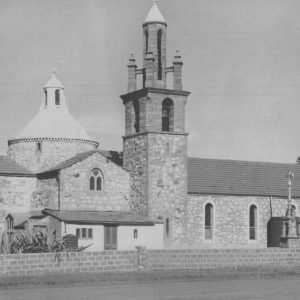 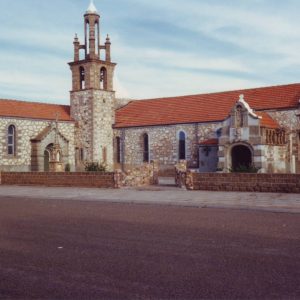 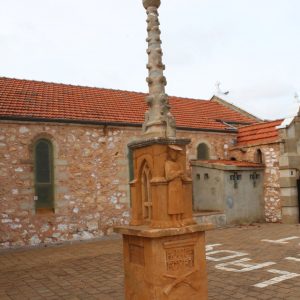 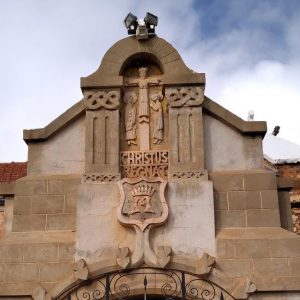 Over the Entrance Porch on the northern side 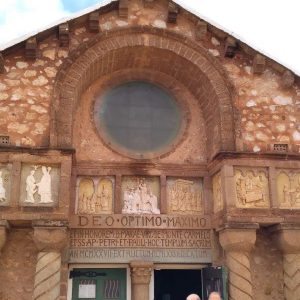 Detail of the West Front Facade 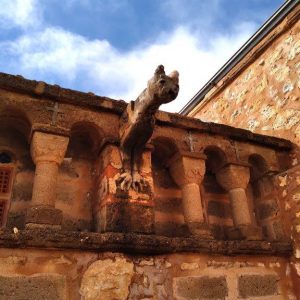 A gargoyle on the outside of the entry porch 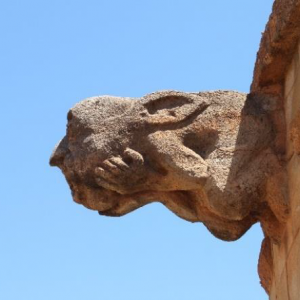 Gargoyle on the outside of the Baptistry

The campanile towering above the dome 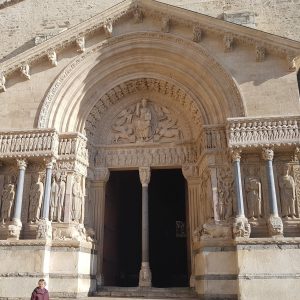 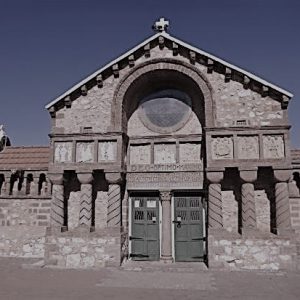 Our Lady of Mt Carmel  - Mullewa

Nestled in the town of Mullewa is what is aptly named the ‘Jewel in the Crown’ of Monsignor John Hawes’s church designs.

The architecture is Romanesque-type, similar to churches in the South of France. The exterior has long low proportions reminiscent of the Spanish Franciscan Mission churches.

Hawes commenced sketches of the church in 1920 while holidaying in England and the foundations began in 1921.  During the time of construction he was feeling rejected and humiliated by the non-acceptance of his design for the Perth Cathedral and the scorn given by Bishop Ryan re the unfinished Cathedral of St Francis Xavier in Geraldton.   The personal, intimate and charming work of the Mullewa Church was to please himself and as he wrote to a friend, “my heart is in these stones”.  Hawes wanted his church to signify the antiquity, romance and quaintness of the old hillside churches of Southern Europe.

The church of Our Lady of Mt Carmel was built almost entirely by this priest/architect with help from local farmers in the district carting stone from the neighbouring quarry. When the parish couldn’t afford to pay a mason, Hawes took on the job himself. Hawes kept a diary while constructing this church which mentioned those who assisted him.   A list of these people was compiled and  inserted in the Souvenir Booklet for the  Golden Jubilee of the laying of the foundation Stone in September 1924.

The building of Our Lady of Mt Carmel began in 1921 and the design evolved over the next 6 years with the opening taking place on 1st May 1927.  Archbishop Clune came from Perth for the Opening Ceremonies.

The church was built around the original iron church  and when the new church was completed, the old one was dismantled and removed through the front doors.  Hawes regularly photographed the progress of his work and the black and white photos are from Hawes' photo album.

On entering this quaint building, to the right one can see the baptistry which is lit by natural light, with the side altars moulded and decorated in typical Hawes style.  The choir gallery at the west end houses a small pipe organ purchased by Hawes in memory of his mother who remained a Protestant all her life.

The nave consists of 5 bays spanned by transverse pointed arches which support the roof timbering. The dome over the sanctuary is constructed of handmade concrete blocks.  On the summit of the dome is a circular lantern with glazed windows which filter light over the altar.

On the left side of the Sanctuary arch is the altar of the Holy Rood. This features the Crucifixion at the apex, Our Lord in his purple robe with a crown of thorns, and the 'Pieta' - the Blessed Mother of Sorrows and St John tending the the body as it came down from the cross.  The panels beside this feature shields with emblems  of the Passion.

In 192/23 Hawes travelled throughout France, Italy and Spain and on his return to Western Australia, changes were made to his original plans for Our Lady of Mt Carmel.  One of the major influences was the entry portal of the Church of St Trophime in Arles France. Hawes  incorporated many aspects of this into the Western façade of the church in Mullewa.  He also mentions in his description of the Mullewa Church the Cathedral of Angouleme and the dome and campanile are based on that building.   In The Record  7 May 1927 he states   . . .  the style of the church is after that of the 12th Century churches of the South of France as found at Angouleme and adjoining places, there is nothing whatever about it either Byzantine of Moorish  . . .

The frieze on the St Trophime-inspired west façade, consists of eleven carved panels  portraying the seven sacraments.  The 3 on the left, Baptism, Confession and Confirmation, the central 3 depict the Holy Eucharist, and the 3 on the right, Sacrament of the Sick, Holy Orders and Matrimony. The return panels on either side of the 3 Eucharistic panels represent Melchisedek the High Priest and the High Priest Aaron.

The porch on the north side and the Baptistry have gargoyles projecting from the parapets in order to spout the rain clear of the building.

The base of the bell tower has a purpose-built slit in the wall called a squint  so that the bell ringer is able to see the priest on the altar and  can sound the consecration bell at the correct time.  The tower contains 7 bells which were manufactured in NSW. The biggest bell is named John Baptist.

In the angle between the Nave and the North Transept can be seen the Campanile, rising high above the dome as in the Angouleme Cathedral. At its peak is an octagonal lantern buttressed with pinnacles at its base.

In 1928 Hawes built a War Memorial adjacent to the Church in memory of  fallen soldiers form WWI.

Due to an increase in the population, the northern transept “St Michael’s” was added in 1962 to blend with the existing building.

This delightful church although small is perfectly to scale.  It is monumental in character and perfectly in tune with the landscape.

Adjacent to Our Lady of Mt Carmel is the Priesthouse Museum where the visitor can find many  photographs, art works, books, vestments and items used by Hawes during his time in Mullewa.
The Church is located at 10  Doney St Mullewa and Priest House Museum is  on the Corner of Doney and Bowes Streets.
They are open daily from early July to the end of September.   Mass is celebrated on Sunday at 8:30 a.m.