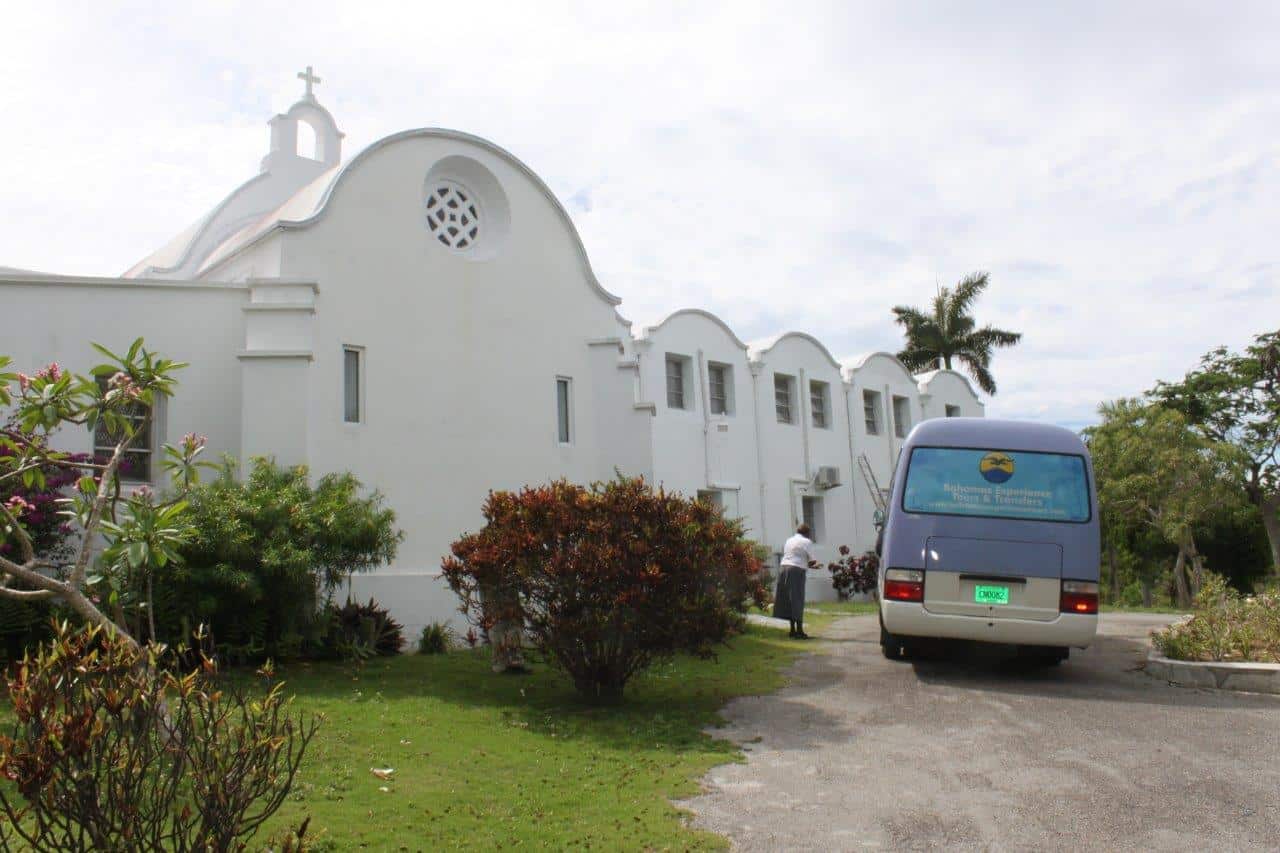 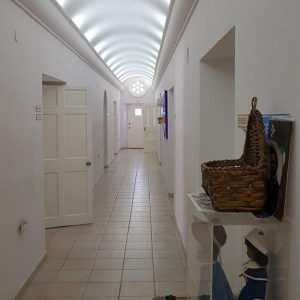 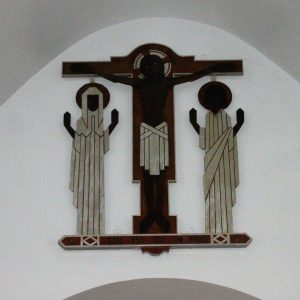 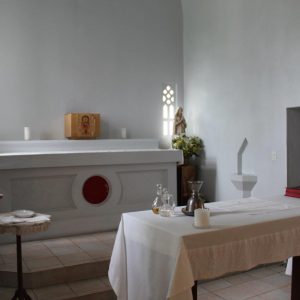 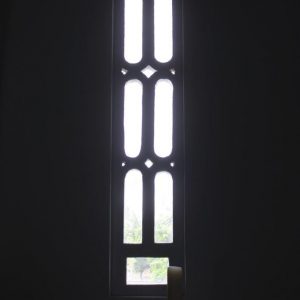 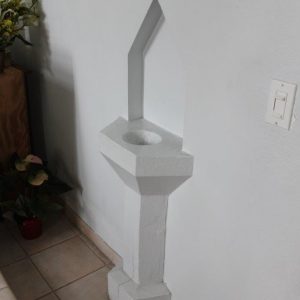 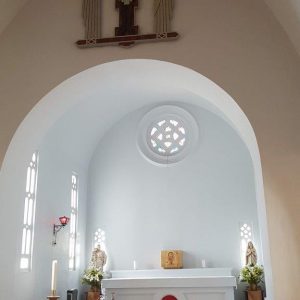 The Feast of the Assumption, August 15, 1946, marks the date for the breaking of ground for the Convent and Chapel designed by Monsignor Hawes for the Sisters of St Martin de Porres.

The convent was to be similar in construction to St Augustine’s  Monastery in Nassau but with the rooms off both sides of the central corridors on the lower and upper levels.  The chapel was designed with a central stone vault of parabolic curve.

Hawes himself cast the concrete columns for the west gallery of the chapel and made the rood that hangs above the triumphal arch giving entry into the sanctuary. This is different to many other of his crosses as he leaves the body parts of Jesus unpainted, showing the natural cedarwood waxed, contrasting to the silver drapery and robes of Our Lady and S t John.  He also decorated the baroque altar frontal, apparently with some difficulty as the paint spoilt because heavy rains had slowed down the drying of the damp masonry.

The Convent and Chapel were blessed and opened in 1946 by the Auxiliary Bishop of New York, the Most Rev Stephen Donahue.