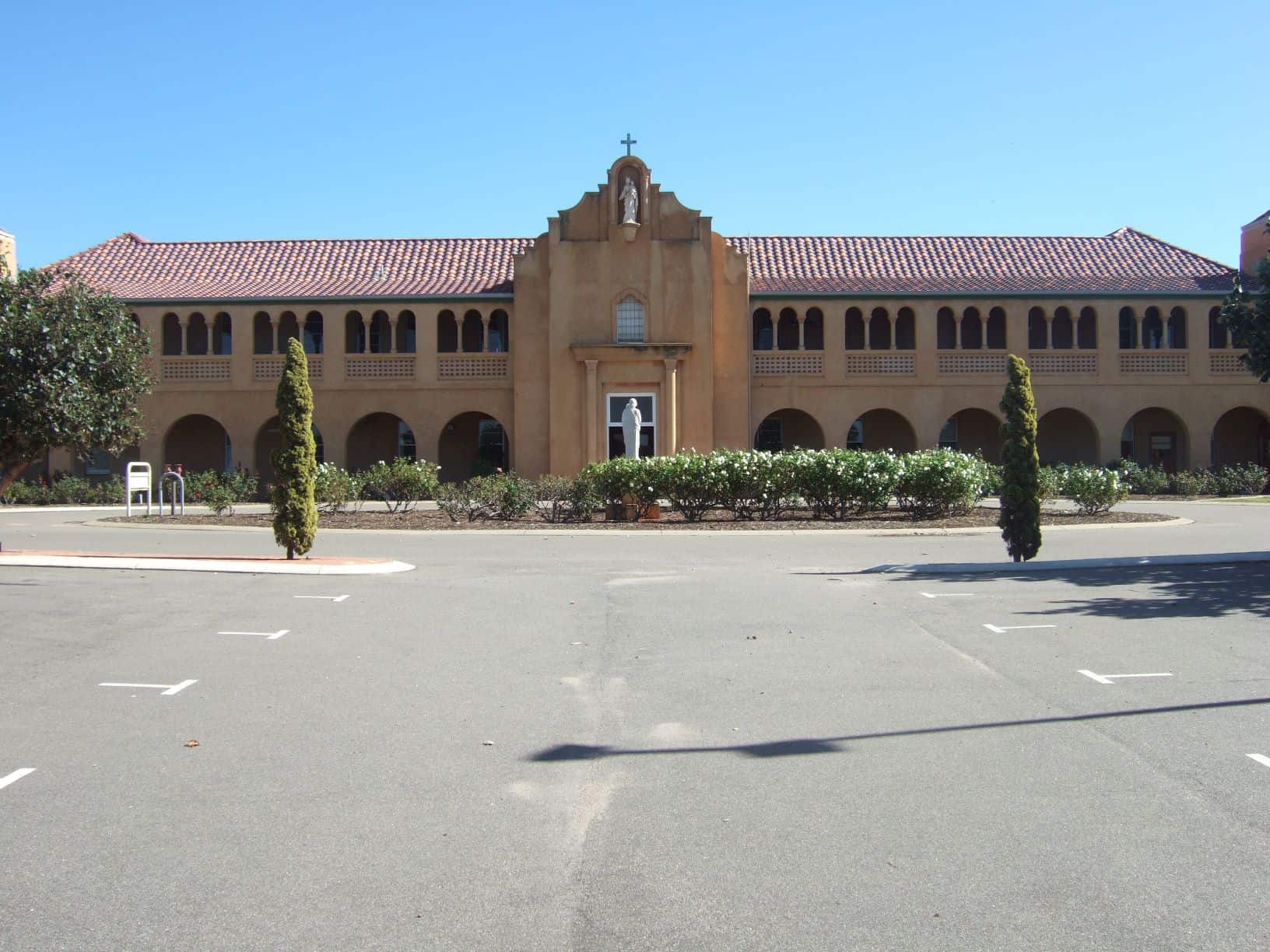 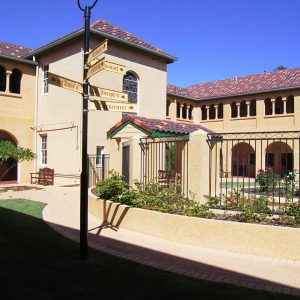 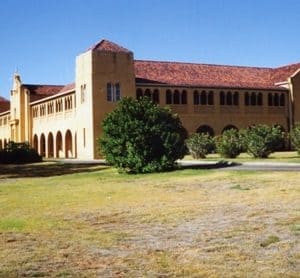 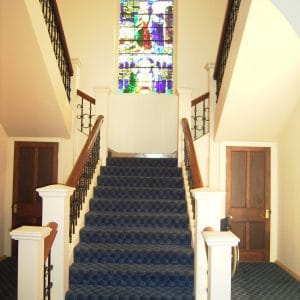 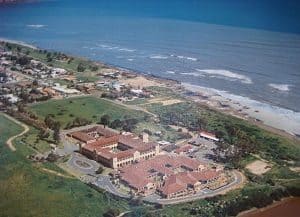 Nazareth House is situated at 17 Crowtherton St Bluff Point.  It operates as an Aged Care Facility and is not open to the public however it is possible to obtain  a good view of the exterior of the building from the nearby streets.

The Cathedral Chronicle recorded the opening as follows:

Erected at a cost of nearly £35,000 Nazareth House is  the largest institution building outside the metropolitan area. The establishment of Nazareth House was envisaged as the concluding link in a unit to establish child immigrants and orphaned Australian boys on the land in these northern agricultural areas and also to train girls in the domestic arts.

It was proposed that the boys, who would be received from infancy,  should remain at the institution until they reached the age of seven years, when they would be transferred to the Christian Brothers Farm School at Tardun.

The girls were to continue with their academic and manual training. The outbreak of war  called for a rearrangement of the original plans, and in consequence, the portals of the house are to be thrown open to aged and infirm men and women and to poor and orphaned Australian boys and girls:

Today Nazareth House continues to care for Geraldton’s aged residents and over time substantial additions have been made to the complex.

Text taken from Between Devotion and Design, The Architecture of John Cyril Hawes 1876 – 1956  by John J Taylor

Nazareth House is situated four kilometres north of central Geraldton.  The building is superbly located, directly overlooking the Indian Ocean to the west and the Chapman River to the North, with views to the Moresby Ranges to the East and toward central Geraldton to the South.

In 1938 the Sisters of Nazareth had been invited by Bishop O’Collins to staff a home for elderly people and orphaned children.  In his role as Diocesan Architect, John Hawes produced the sketch plans for the building before he left Geraldton in May 1939.

The contractors for the building of Nazareth House were the prolific Berry Brothers. Cyril Berry was a principal of the firm and his son Basil, who was articled to a well known Perth architect E.Le B. Henderson, completed the working drawings after Hawes’ departure.

The foundation stone was laid by O’Collins on 2 June 1940; however, due to disruption of the building programme with material and manpower shortage resulting from the Second World War, the building was not completed until 1941.  Although the estimated building cost was £26,000, Nazareth House was finally constructed at a cost of nearly £35,000.

Hawes did complete drawings late in 1940 and discussions continued with Bishop O’Collins and then Bishop Gummer until 1943 for a chapel at Nazareth House however these never came to fruition.