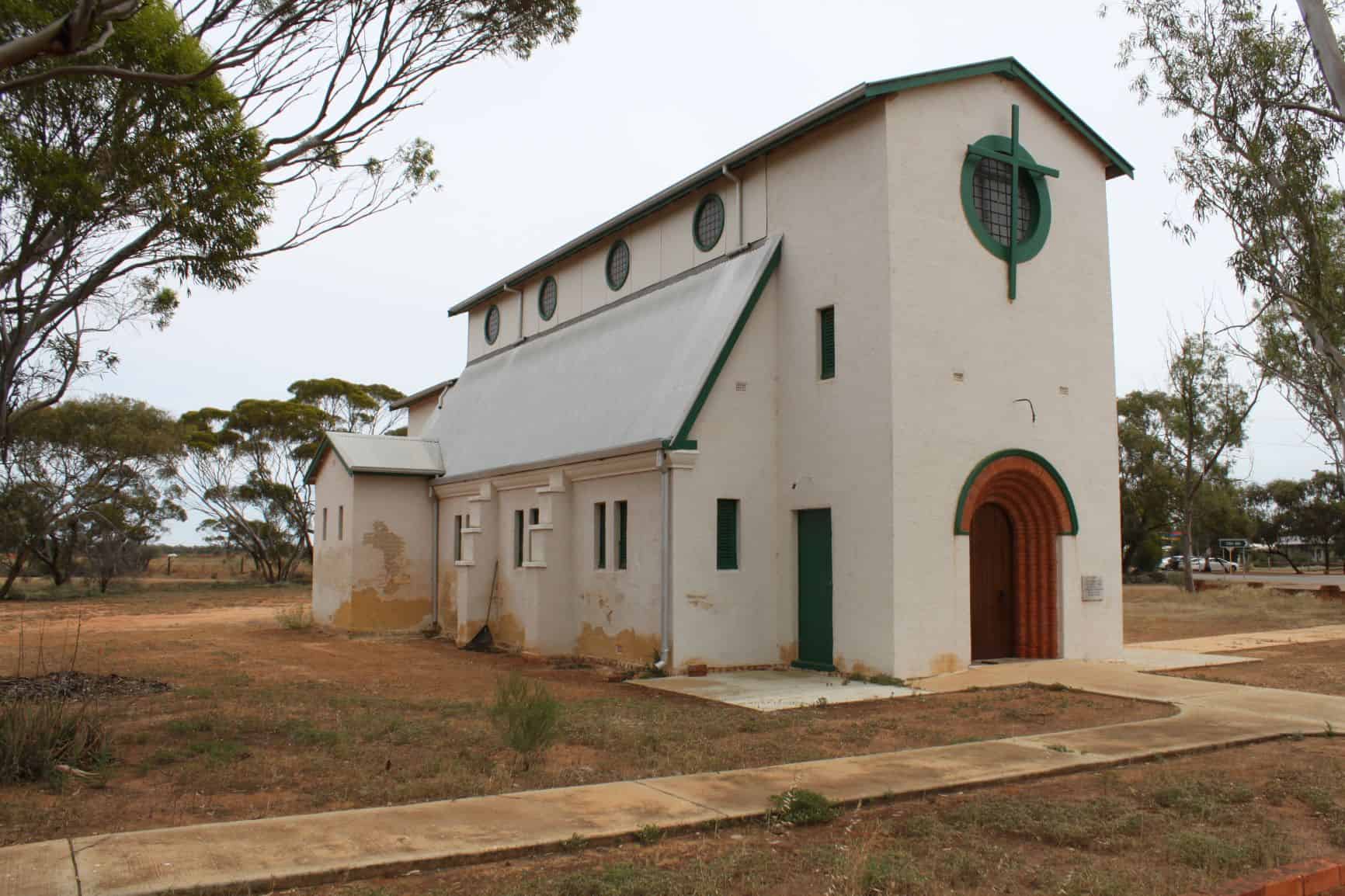 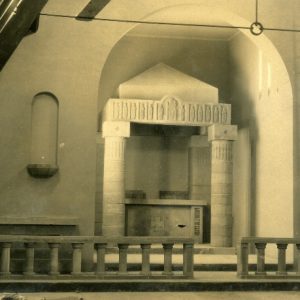 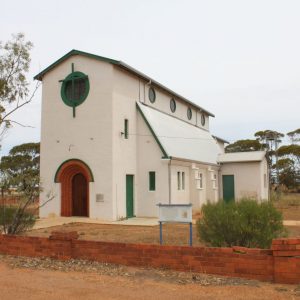 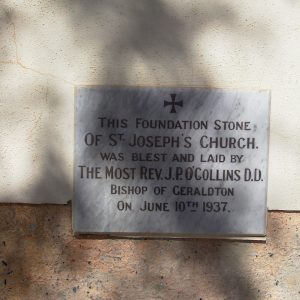 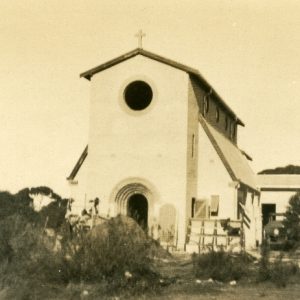 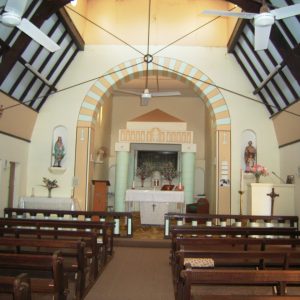 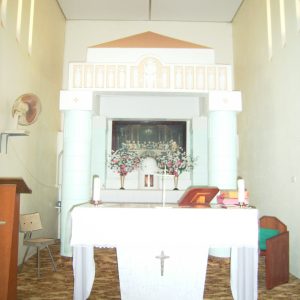 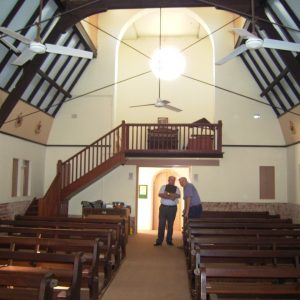 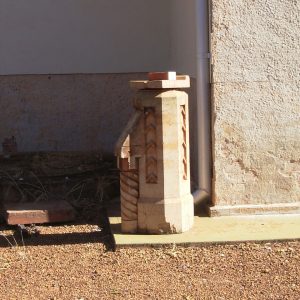 The first designs for this church were submitted by Hawes in 1917 when he was relatively new to the Diocese after travelling to the town by the Wongan Hills  to Mullewa railway  line to meet the people of Perenjori.

The church that was designed at this time was never built.  In 1936 he drew a second set of plans for the now growing district. It was designed to seat 90 people in the nave and a further 24 in the gallery but was later amended to seat 150.  Mr T P Crothers, who had worked on St Francis Xavier Cathedral and Our Lady of Ara Coeli  in Northampton  was hired to build the church.

The foundation stone was laid by Bishop O’Collins in June 1937 and the official opening occurred in December 1937.

The  building looks tall, thin and white surrounded by the bush and agricultural land.  It has a corrugated iron roof and a clerestory of round windows which look like little portholes. St Joseph’s is considered today a unique and remarkable example of the modernist style of architecture that Hawes refined during the 1930’s. His design for the interior was heavily influenced by the book by Fr Benedict Williamson, ‘How to Build a Church’. The neo-Egyptian stone baldachino was inspired by Fr Williamson’s illustrations.

The Church is located on the Cnr of Carnamah-Perenjori and Old Wells Rds Perenjori.

Unfortunately, due to repair work  being undertaken, the church is not accessible to the public until further notice.

See the summary of Cyclone Seroja's damage in the Diocese of Geraldton  here.