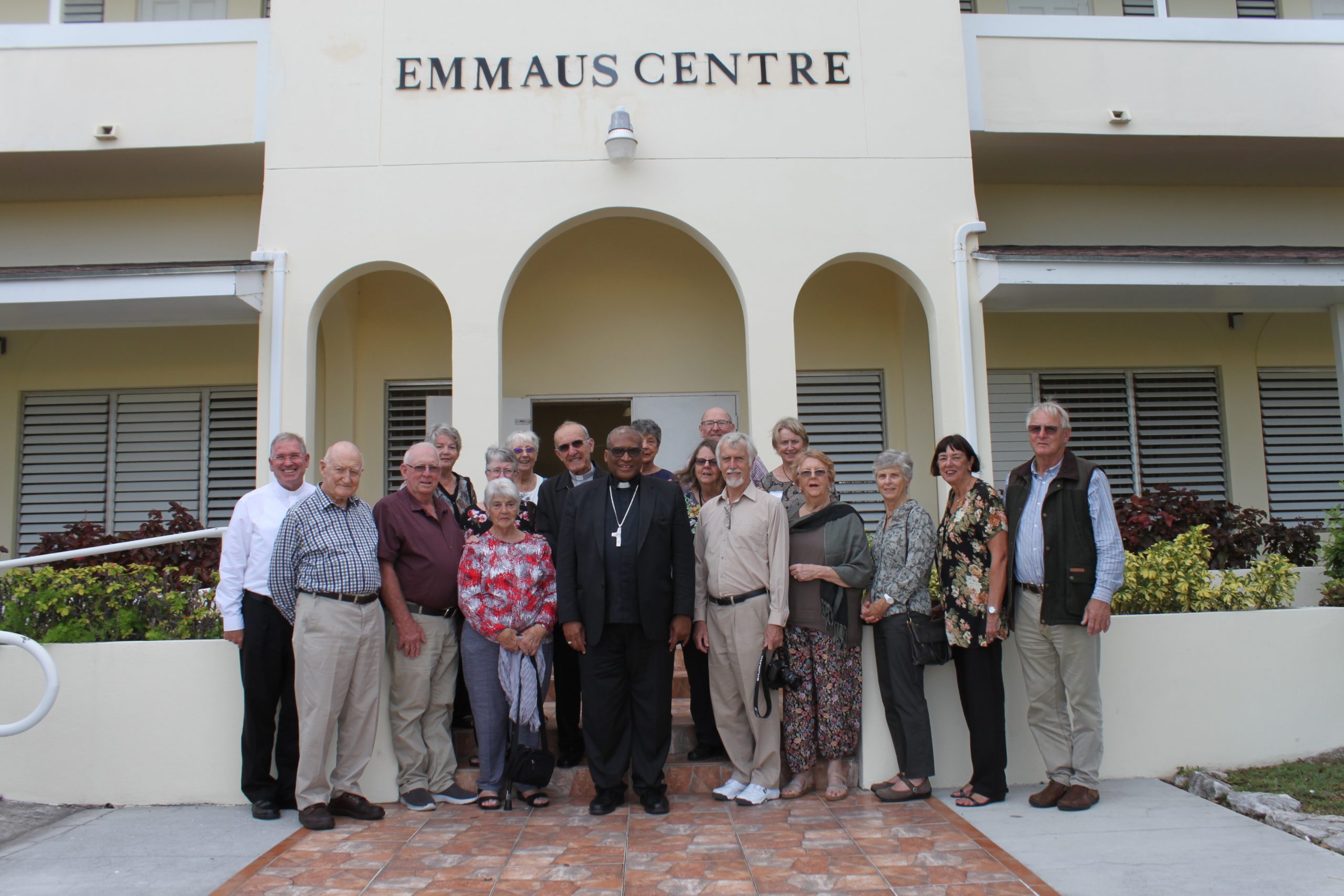 Pilgrims at the Emmaus Centre with Archbishop Patrick B Pinder 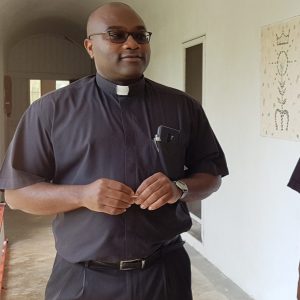 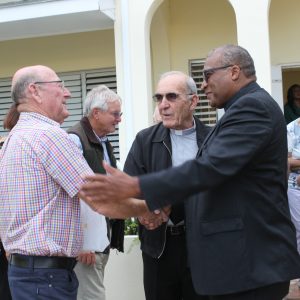 A B Pinder being introduced to the Pilgrims by Bishop Justin 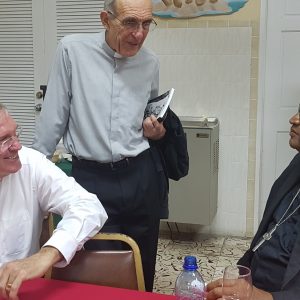 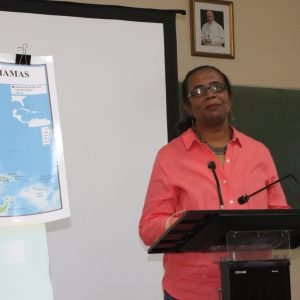 Patricia Glinto-Meicholas, a local historian, spoke to the group about Hawes’s time in The Bahamas. 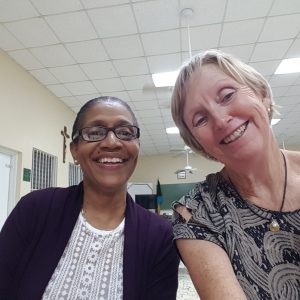 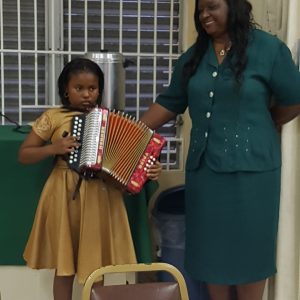 Esther and Antoinette provided the entertained at the Emmaus Centre 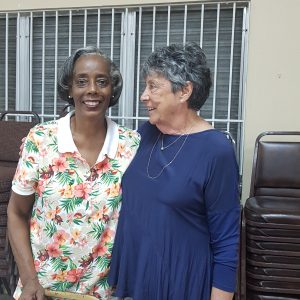 One of the Reception Hostesses Cecile, with Pat Mills from Geraldton. 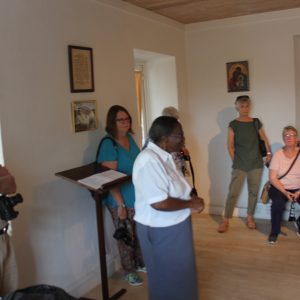 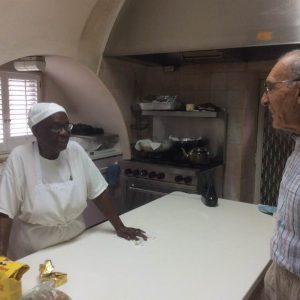 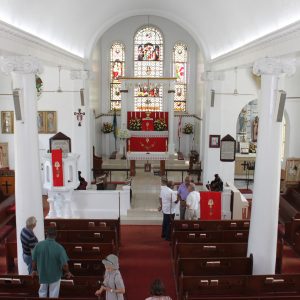 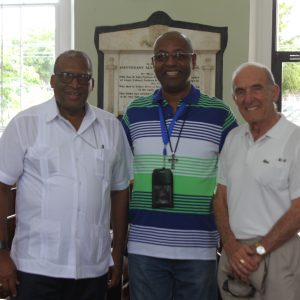 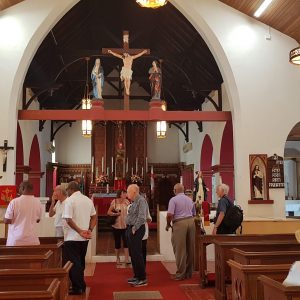 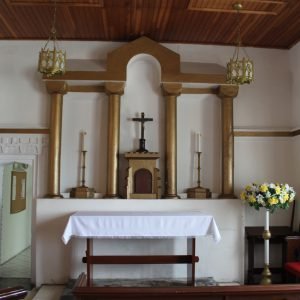 The altar designed by Hawes just before he left The Bahamas, in St Mary’s Anglican Church In Nassau 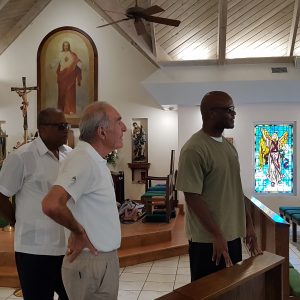 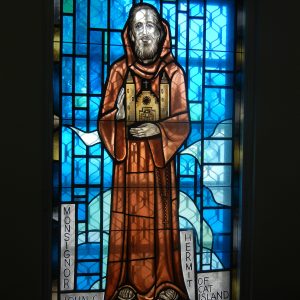 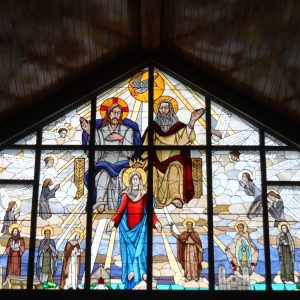 The stained glass window in SFX Cathedral with Fra Jerome (2nd from left at the bottom). 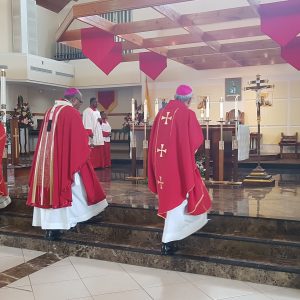 Mass in St Francis Xavier Cathedral was concelebrated by A B Pinder, Bishop Justin and Fr Cross 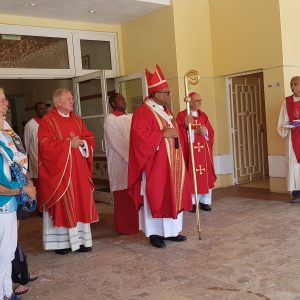 The congregation assembled outside the Cathedral after the Mass 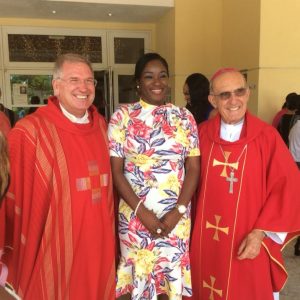 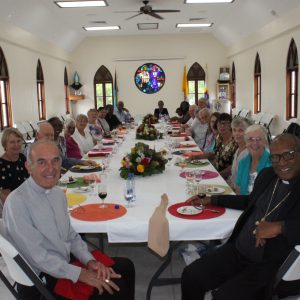 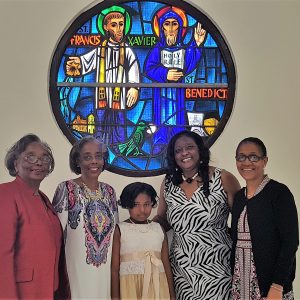 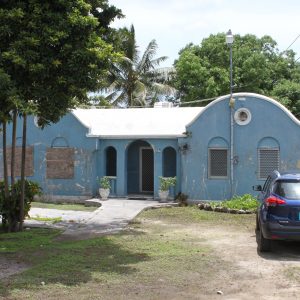 The Dean Residence as it looks today. 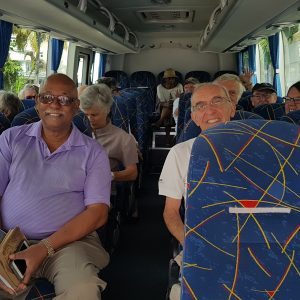 Archbishop Pinder and Michael Symonette escorted the group on a tour of the city of Nassau. 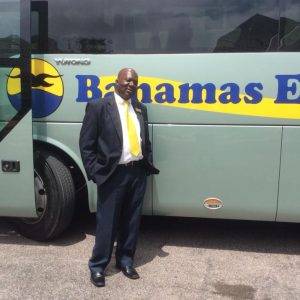 The Pilgrims were welcomed to Nassau by Archbishop Pinder and his committee who had been busy for many months organising visits, transport, and hospitality for the touring Australians.

At a welcome reception held at St Augustine's Monastery  the Pilgrims listened to a very enlightening talk by local historian Patricia Glinto-Meicholas outlining the last years of the life of Fra Jerome (as he was known in The Bahamas).  While at St Augustine's they visited a Crypt below the  foundations of a church that Hawes designed  for the site but which was never built.

They were also able to tour   the Convent of St Martin de Porres where they were welcomed by Sr Annie and were thrilled to meet one of the sisters who had known Fra Jerome.  These were the two main buildings designed by Hawes in Nassau but the local hosts had also organised  a visit to  the Church of St Matthew where Hawes had designed a Baldachino.  The Rt Rev Laish Boyd, Anglican Bishop the The Bahamas, met the group at St Matthews.  Before leaving The Bahamas in  1911, Hawes had designed an Altar in St Mary the Virgin Anglican Church which the Pilgrims were also able to view.  There were several features in St Mary's that were similar to details in many of the churches designed by Hawes.     They also drove past the Dean Residence which had been designed by Hawes for a builder friend.

The esteem in which Hawes is held in The Bahamas was evident with both the Cathedral of St Francis Xavier and the Church of the Sacred Heart having stained glass windows devoted to him.

Back to Locations Visited in The Bahamas