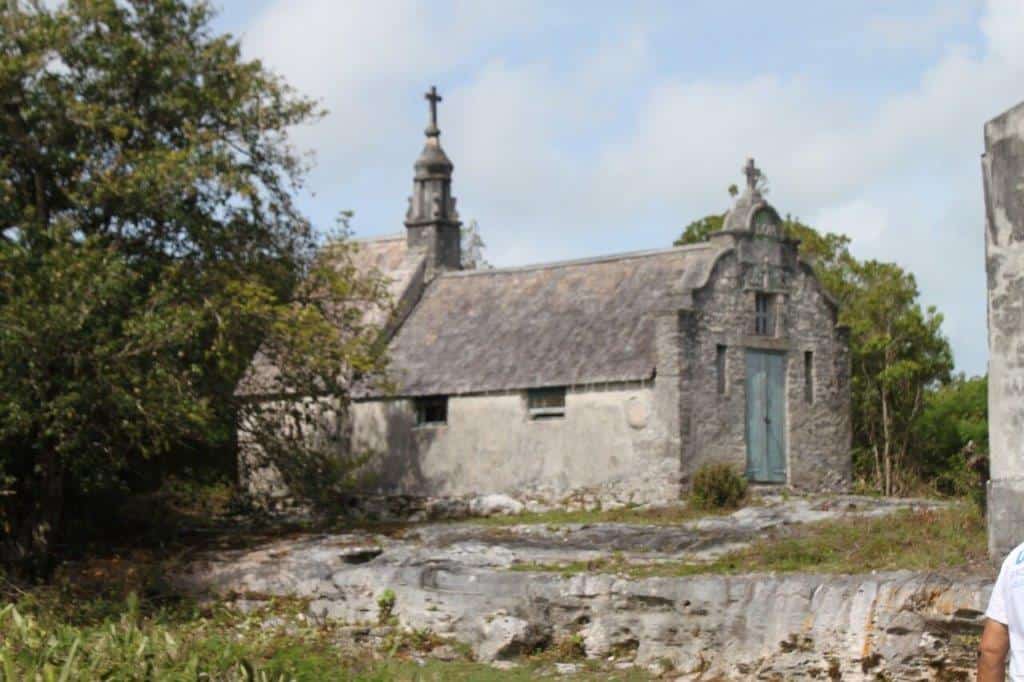 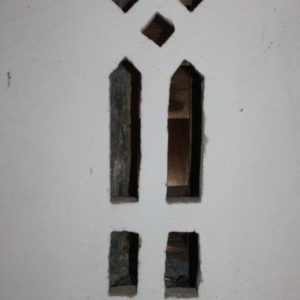 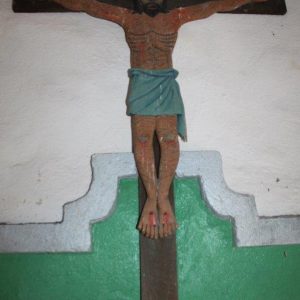 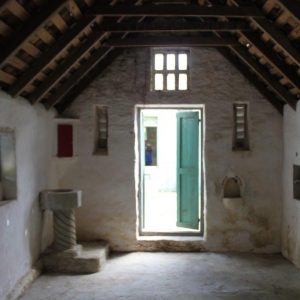 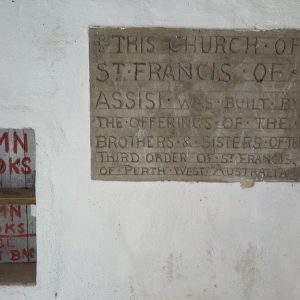 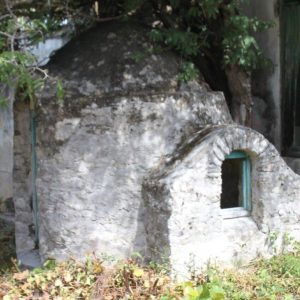 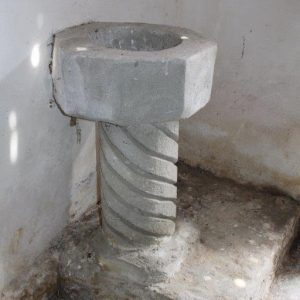 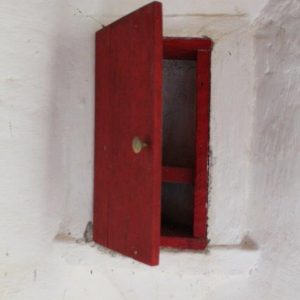 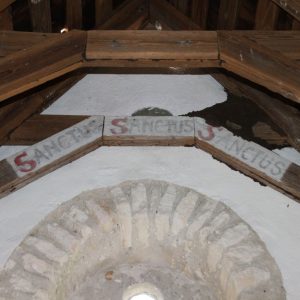 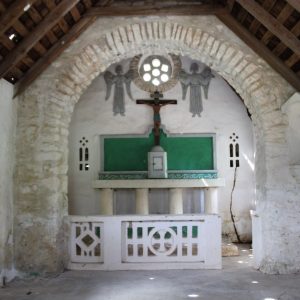 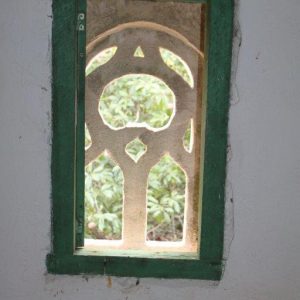 St Francis of Assisi Church located at Old Bight, Cat Island is a picturesque church, construction of which started in 1944 and was completed in March 1945.

It is said that funds raised from Western Australian tertiary Franciscans contributed towards its construction (Taylor 2000, p.306 citing letter to Barbara Arnold). Hawes said he hoped to construct “. . . the small little simple chapel” for a cost of £50 or £60 by doing most of the masonry work himself. Hawes was 68 years of age by this time.

A feature of St Francis Assisi Church is the crucifix which Hawes gave a long description of in his diary dated December 9, 1944. He states that the “. . . corpus is 2’3” long and have painted it a dark chocolate colour. In Europe (Spain and elsewhere) we have our ‘Black Madonnas’ and black crucifixes, colour mostly being incidental from the material, copper of old fumed oak turned black with age. But Our Blessed Lord was an Asiatic – a ‘coloured man’? dark skinned as the local Palestinians [sic] Jews and Arabs are, Why should we always present him to our natives as a ‘White man’ - ?! or worse, pink! So I have made this crucifix figure dark skinned, not a negro type, but of an Indian (Lucayan or Carib) type – long glossy jet-black hair and beard, and I have painted it very realistically – with all the black and blue – and gory – weals of the terrible scourging: and a plentiful show of vermillion [sic] on the 5 wounds and forehead and knees. Yet all this realism is not a success devotionally or artistically – for the crucifix is not nearly as impressive and harrowing as the Clarence Town one which is of a very simple and restrained treatment . . .” (Hawes Diary, p.229 cited in Taylor 2000, p.307).

Near the Church is the small domed priest's lodge which Hawes termed the Portiuncula meaning “little portion of land”. It is also the name of  a small Catholic church located within the Papal Basilica of Saint Mary of the Angels in Assisi. The lodge is reminiscent, in size at least, to the Priest's Lodge in Morawa, Western Australia. The little extension to the dome structure provided space to hang the priest’s hammock.

Unsatisfied with the work of the stone masons, Hawes finished the masonry works from about half way up the sanctuary walls and completed the nave, front and cot spire. After ornamenting the front gable Hawes turned his attention to the interior, building the Altar, Baptismal Font and communion rails. He also built one pew which acted as a template for a carpenter to complete the rest.

The entry façade has a figure of St Francis of Assisi preaching to the birds and above him the lettering D.O.M (abbreviation for “Deo Optimo Maximo”) and “Et in Honorum Sancti Francisci Hoc Templum", which basically translates to, “To God, Most Good, Most Great and in honour of St Francis this Church is dedicated.”