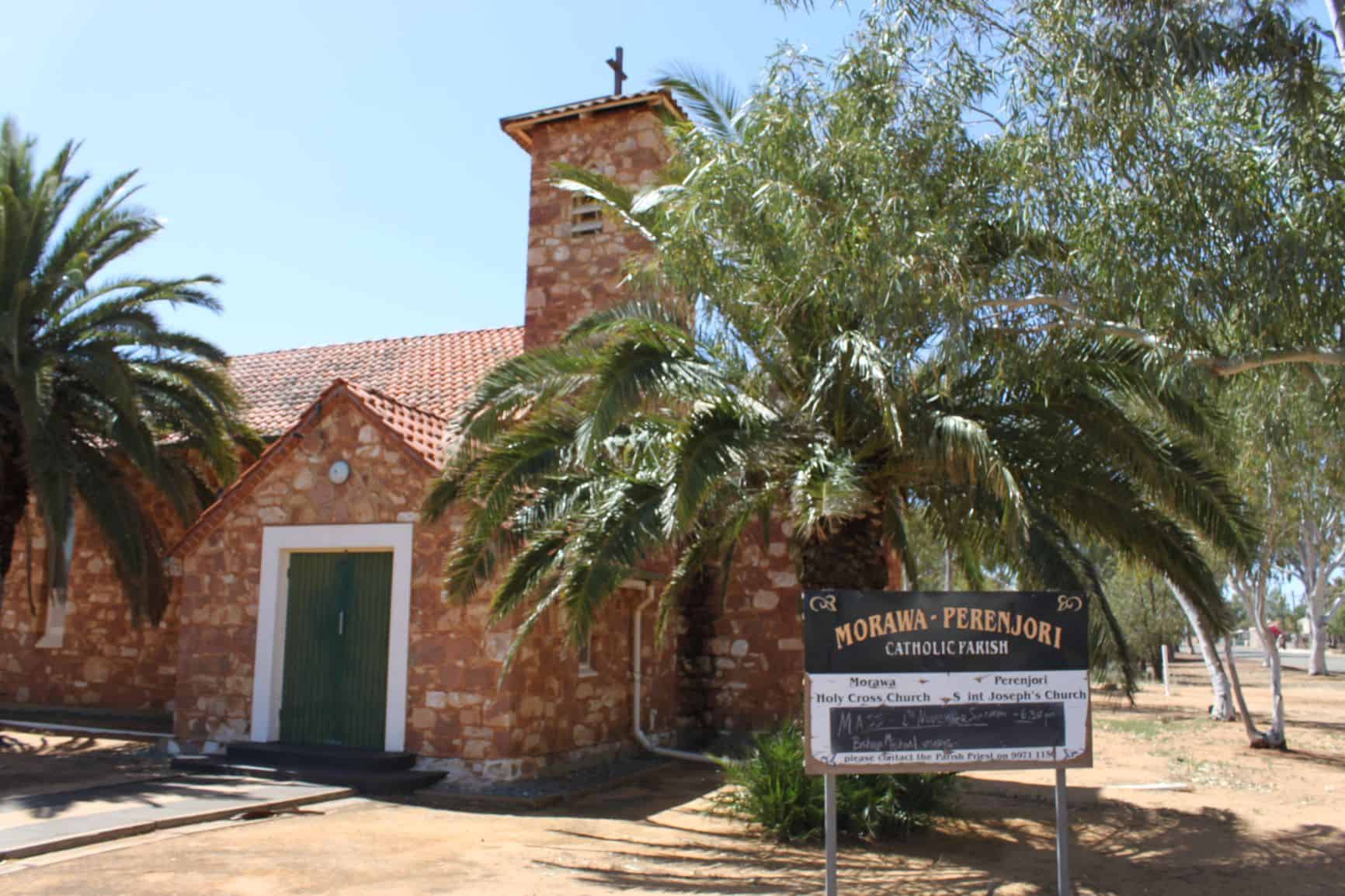 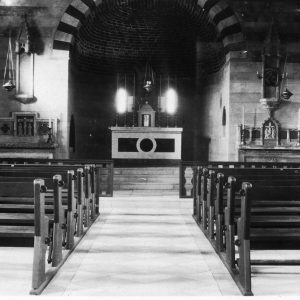 Interior of church with original sanctuary 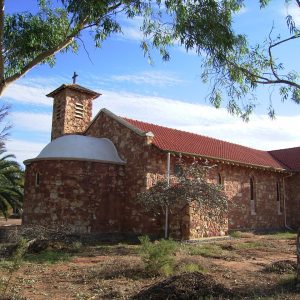 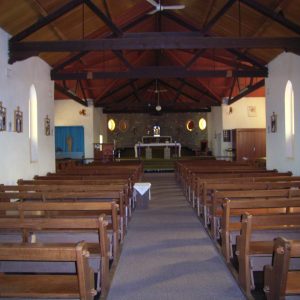 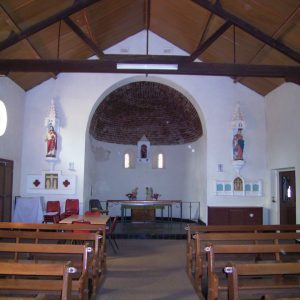 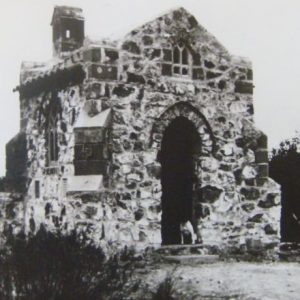 Completed building with Dominie in the doorway 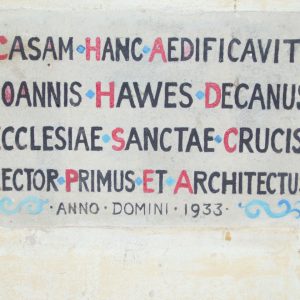 The Church is located on the Cnr of Dreghorn and Davis Streets Morawa.

For more information visit the Morawa Visitors Centre - Open Monday to Friday from 10:00 - 2:00 during wildflower season.

The foundation stone was laid for the church on 18th December 1932 and the opening ceremony was held on 2nd July 1933.  It was designed by John Hawes at a time when Hawes’s architecture was being championed by Bishop O’Collins.  The plans reflect the same composition as his Church of St Mary the Virgin on Long Island which was designed in 1910, though this one is larger.

At this time Morawa was a relatively busy trading centre of about 1000 people in the developing north-eastern wheat belt of Western Australia. When you enter the church, the soft light will reveal a simple but beautifully coloured interior. What you might feel in this place is the result of John Hawes’s sensitivity and genius as an architect.  He was always aware of the environment surrounding his buildings and adapted the style and materials he used to suit the climate and landscape.  The thick walls made from local stone, the wide overhanging eaves, and the shuttered windows, keep the heat at bay and provide an inviting sanctuary.

The design of the church is modelled, not on the type of English ecclesiastical architecture, incomparable as this is in its own norther setting, but on a type more suited to this southern hemisphere – that of sunny Italy.  “Clergy and people prefer the ‘hall’ type of church design, that is to say, a wide area, unobstructed by pillars.  The width involves necessarily a comparative lowness to proportions  . . . The ancient 13th Century churches of Tuscany, in and around Sienna, have been my inspiration for my design of the Church of the Holy Cross at Morawa . . .  The total cost of the Church was £1,300; rather more than first expected but the unforeseen depth of the foundations (just on four feet), and the distance, 12 miles, the stone had to be carted instead of from a place only two miles away as first expected, added a great deal to the cost”.

John Hawes’s attention was demanded on many architectural projects at this time but he still managed to oversee and help with the building works on the Church and once it was completed, Hawes built a tiny presbytery nearby for the visiting parish priest to sleep in overnight.

The Priest’s Lodge  as we call it now is the smallest Priest’s House in the Southern Hemisphere.  Being far too small and lacking in facilities for a permanent parish priest to live in, the Lodge is now just a curiosity.  It has been said that it is indicative of Hawes’s contentment with small spaces and limited domestic facilities which was part of his romantic Franciscan temperament.

Morawa’s population boomed in the 1960’s due to the iron ore mining industry and the small church was unable to accommodate all of its new parishioners.    In 1966, the church was enlarged and restored by the architect Reginald Summerhayes, in a manner that respected its 1933 style and materials.  The stone used for the new sanctuary, sacristy, and transepts, came from the original quarry.  The changes made to the Church of the Holy Cross show us that heritage can evolve and be conserved in its original spirit.

The legacy that John Hawes has left us is still relevant to our need to consider our environment and to evolve with it.  We must all be aware of the richness and the diversity that surrounds us.  The Australian outback is a harsh and fragile plain with a rich cultural and natural environment. We need to live in harmony with it.  John Hawes knew this!