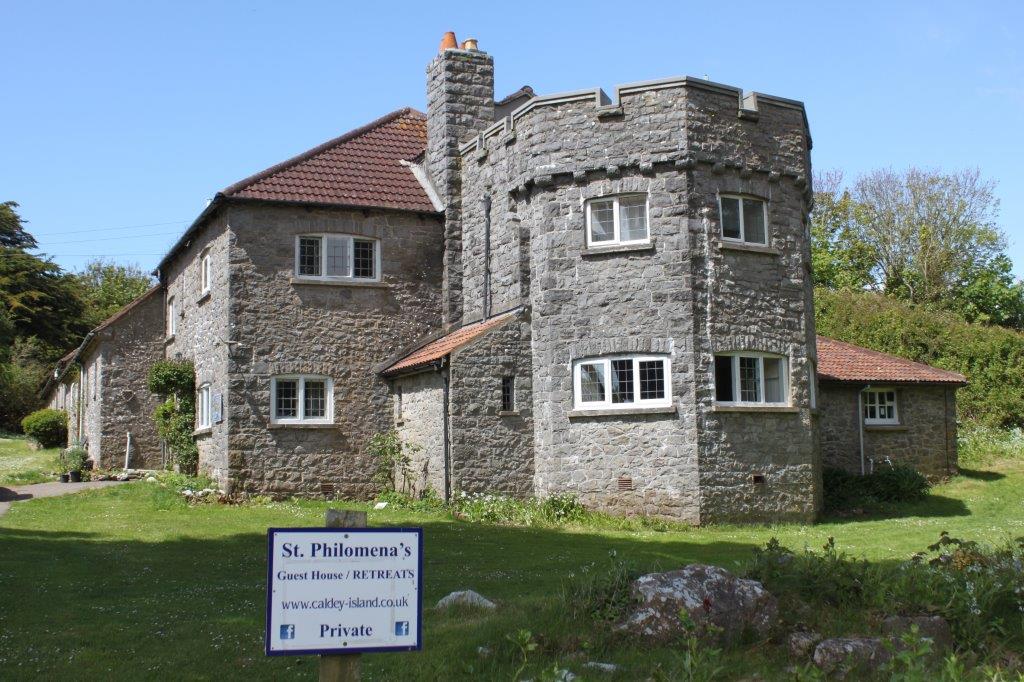 The Guest House, now used as a Retreat House, which was designed and built by Hawes when he first arrived on Caldey Island. 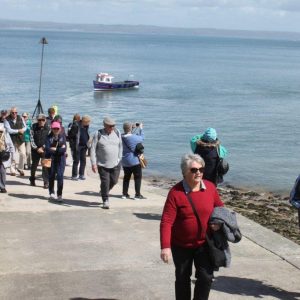 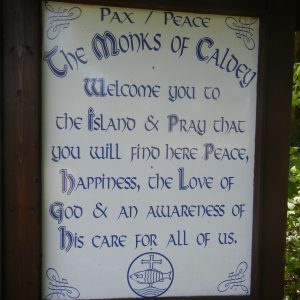 The island is now a haven of tranquility and peace. 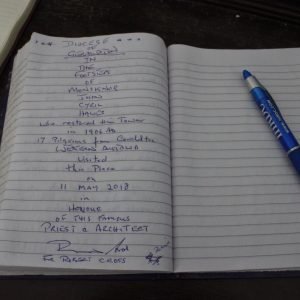 Note left in Visitor’s Book by the Pilgrims from WA. 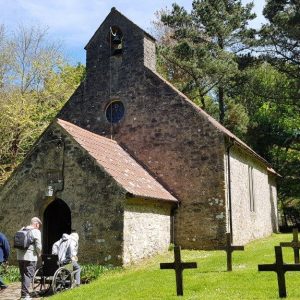 St David’s Church which was renovated by Hawes 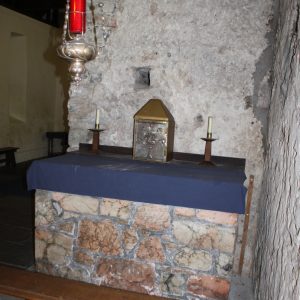 The Stone Altar built by Hawes in St David’s Church 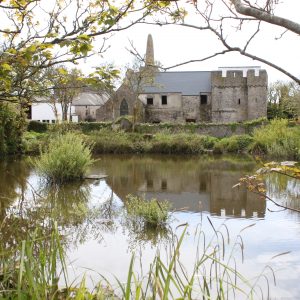 St Illtud’s Priory which was renovated by Hawes 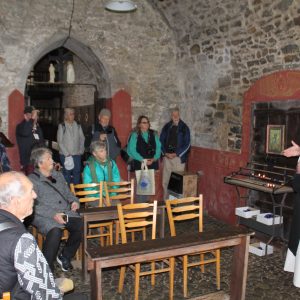 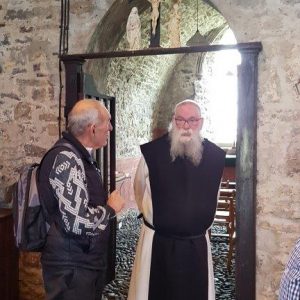 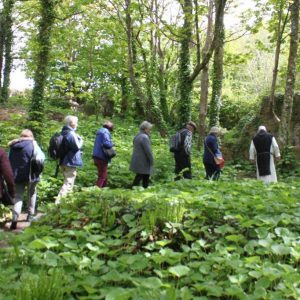 Pilgrims on a Nature Trail Walk led by Fr Gildas

The Pilgrims visited the  beautiful island of  Caldey  off the coast of Tenby in Wales where they were keen to  see  some of Hawes' very early architectural and building work and to experience a setting  that was important in his religious development.

The island has a history going  back hundreds of years.   Fr Gildas, one of the  monks currently living on Caldey, welcomed the Pilgrims and showed them around the  main buildings on the island. The highlight was a visit to the ancient church of St Illtud's which is possibly the oldest church in England  and Wales still operating as a Catholic Church.  It had been used for a variety of purposes including a laundry from the Reformation up the the 1900's.  Several  stages of renovation works, including that done by Hawes in 1906/07  restored it for its original purpose.

The Caldey Island experience for Hawes was short-lived  as he and his friend Abbot Aeldred didn't agree on the scale and style of the  new Abbey Gate House Monastery which was to house the new order of Benedictines that were re-locating to Caldey.  After building a guest house, converting a  watchtower into a small chapel, working on the Chapel of St David's and the Priory of St Illtud's,   Hawes decided to leave Caldey and to abandon his plan to enter the novitiate.

Caldey Island has been owned by the Catholic order of Cistercian Monks since 1929 and is used as a place of Prayer and Simple Living.  Guests are accommodated in St Philomena's Guest House which Hawes built and is now used as a Retreat House.  Day visitors are also welcome to enjoy the tranquil surrounds of the island.