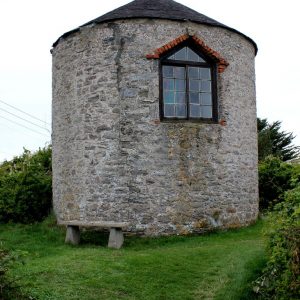 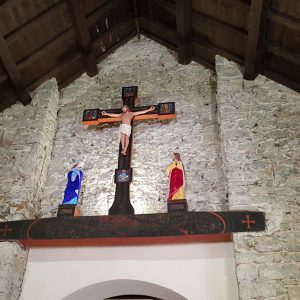 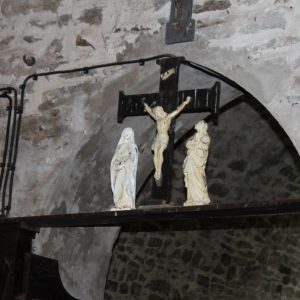 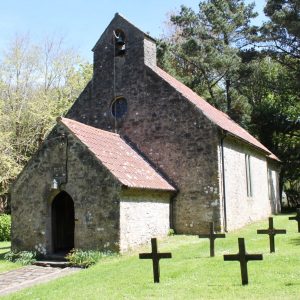 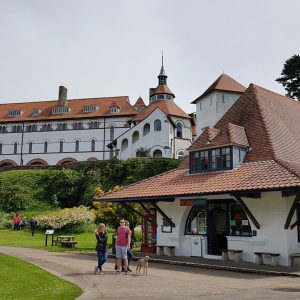 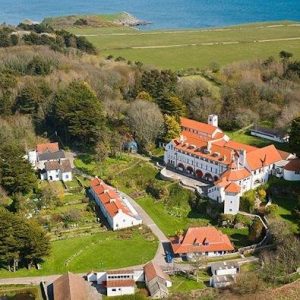 Aerial View of the Monastery at Caldey Island

Caldey Island off the coast of Wales near Tenby,  had been acquired by Aeldred Carlyle, self-styled Abbott of a Benedictine Community in Yorkshire, who was attempting to re-establish the Order of St Benedict in the Church of England.

Hawes at this time of his life felt a call to the Franciscan Religious Life and was undertaking a novitiate under the direction of Abbot Aelred.

Abbot Aelred called upon Hawes architectural skills to prepare the plans for a monastic guesthouse, St Philomena’s, which was duly built and opened for the arrival of the Benedictine community on October 18, 1906. Hawes also converted a cliff top tower into a chapel.

Hawes drew up plans for a monastic gatehouse (retreat house), monastery, and church. However Hawes design and style for these buildings was simple and severe while Abbot Carlyle was after something far more impressive in the order of medieval Benedictine monasteries. Eventually Hawes commission was removed from him.

While on Caldey Isalnd, Hawes did some restoration work on the ancient village Church of St David, including building a new stone altar in the chancel and painting a large Rood with the Blessed Virgin Mary and St John. Apparently this was eventually whitewashed over and replaced with a carved crucifix.

The finances to buy the island had been made available as a loan by a wealthy benefactor, Bryan Burstall.  John Hawes was invited to be the architect and join  the novitiate in preparation for his planned Franciscan Life. Hawes says that the Abbot thought he might give up on the idea of becoming a Franciscan and become instead part of Abbot Aelred’s Anglican Benedictine community, but this was never to be.

Burstall offered to be his clerk-of works, and the two men lived simply and worked diligently on preparing the buildings for the monks that Carlyle was planning  to re-locate to Caldey from Painsthorpe.  They started with the Guesthouse where a dozen cells were built and then worked on the little round tower that already existed on the cliff top overlooking the waterway between Tenby and Caldey, which was turned into an oratory.  They then worked on the old priory chapel and fitted it out with choir stalls and repaired the windows before repairing the ancient village church of St David.

In October 1906, the monks arrived on Caldey and Fr Hawes was clothed in the novice’s habit and given the religious name Jerome. Burstall was made an oblate and known as Br Illtud.

After a year on Caldey Island Hawes departed and was replaced by another architect.