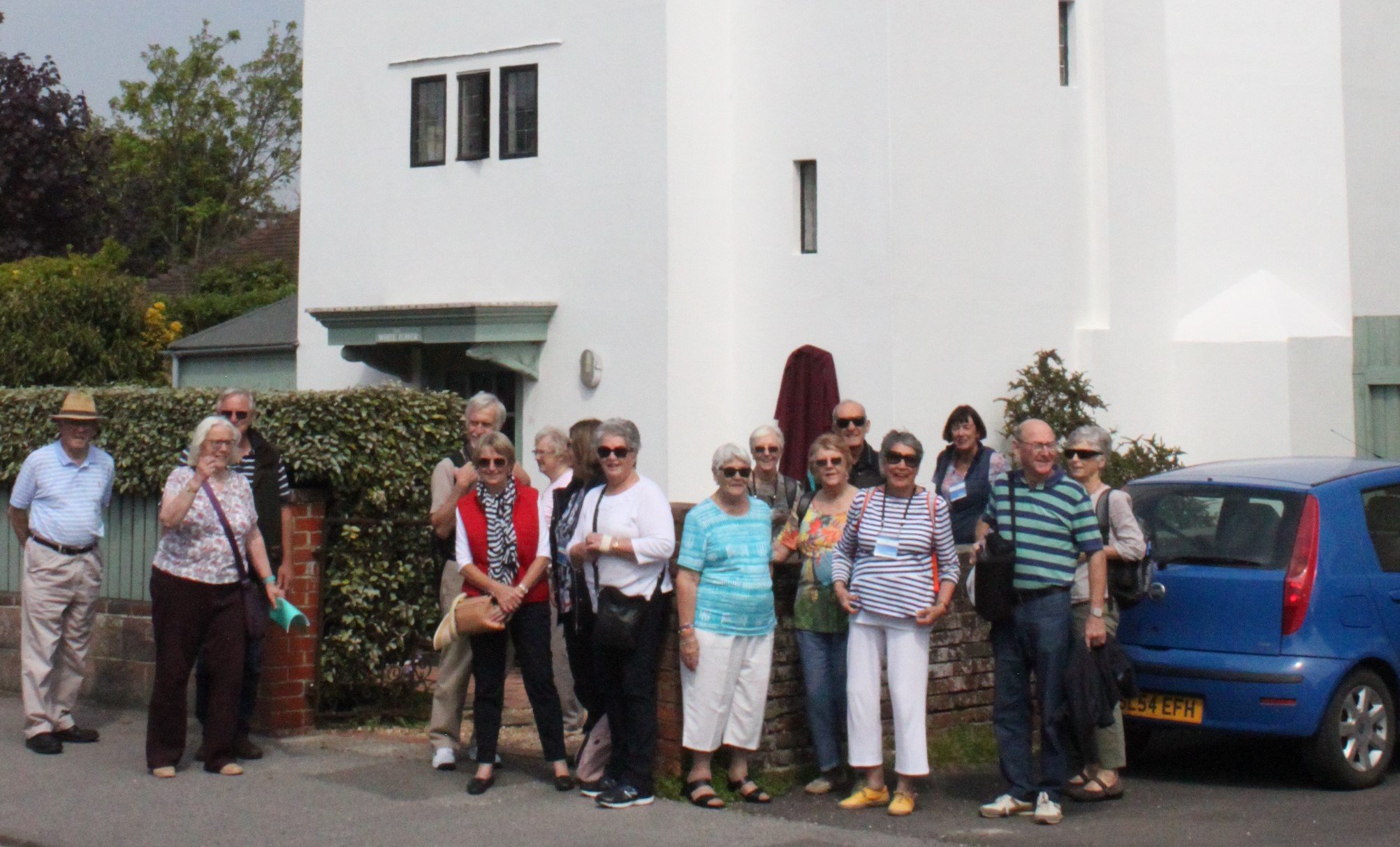 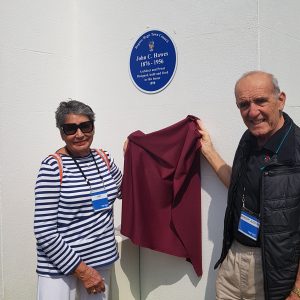 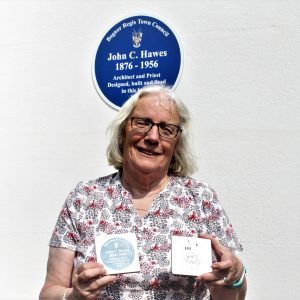 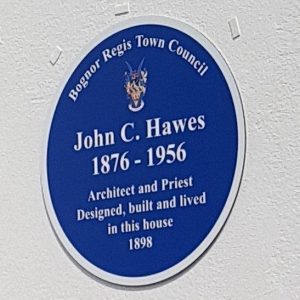 The Blue Plaque that was unveiled.

Inscription inside the main entrance 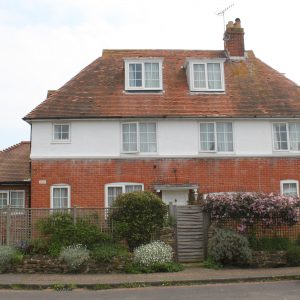 One of the private residences designed by Hawes 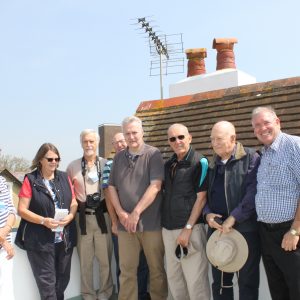 Some of the Pilgrims on the rooftop with the owner 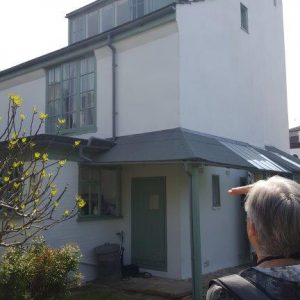 The White Tower from the rear 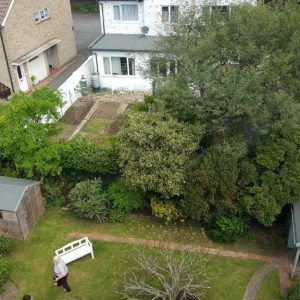 View of the back yard 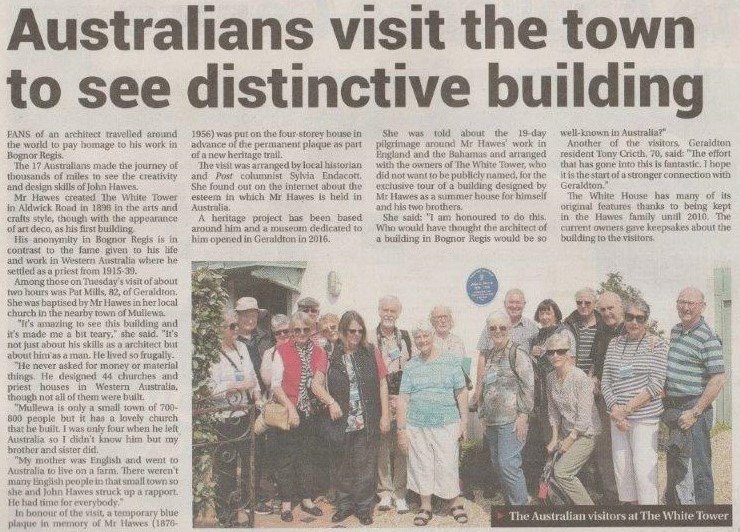 Bognor Regis was the site of Hawes' earliest work after branching out as an individual architect in 1897.  The main attraction  for the Pilgrims  was The White Tower .  The group was extremely fortunate with their  visit to this town.  Firstly, they had a wonderful contact in local historian Sylvia Endacott, herself a fan of Hawes,  who assisted greatly with organising the visit and secondly, the owners of The White Tower invited the group into  their home to  see the wonderful restoration work that they were undertaking.

In addition, unbeknown to the Pilgrims, Sylvia had arranged for a Blue Plaque to be placed on The White Tower to recognise its historical significance.  This was was unveiled during the visit  by two of the Pilgrims, Pat Mills, who had been baptised in Mullewa Western Australia by Hawes over 80 years previously, and Bishop Emeritus Justin Bianchini from Perth Western Australia.

Following the tour of the White Tower, the group walked around the corner to see other works of Hawes - private residences named Westholme and Grangewood.

During lunch at a local pub by the seaside the Pilgrims were presented with gifts made by Michael and Kate from The White Tower.  They were coasters with representations of The White Tower and the Blue Plaque on them.

A story on the Pilgrims visit, written by Sylvia, was featured in the June 2021 edition of The Sussex Views.