A capacity crowd filled St Francis Xavier Cathedral in honour of two centenary events - the Armistice of WWI and the  completion of Stage 1 of the Cathedral. 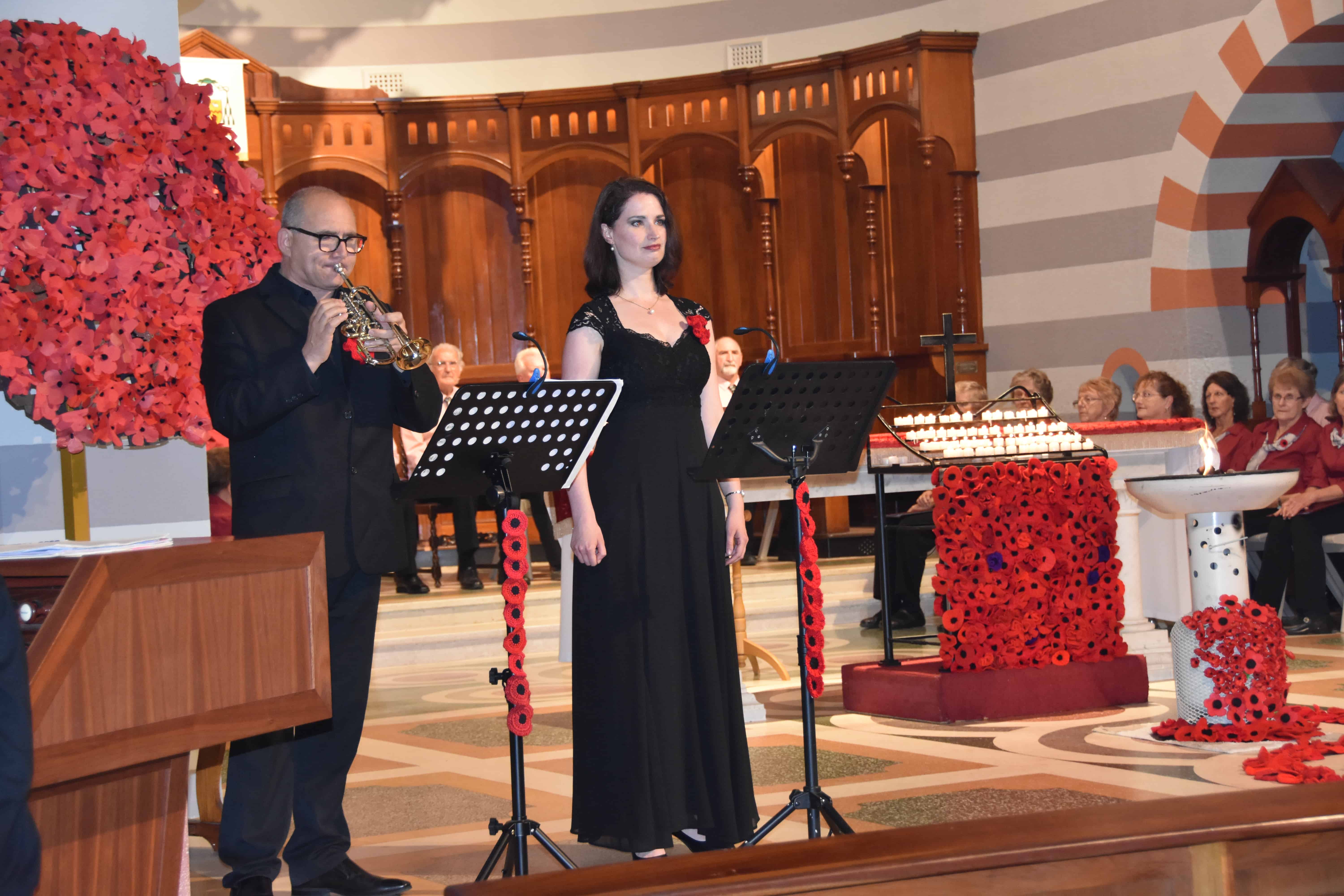 The concert took place in the Cathedral which had been decorated with 7,000 poppies, knitted or crocheted by community members.   Members of the audience were entertained outside the Cathedral by the Geraldton City Band playing wartime tunes with welcome refreshments being served by staff from Batavia TAFE.    The 11th Battalion Living History Unit performed a slow march into the cathedral to commence the memorial segment of the concert.  They then mounted a catafalque around the eternal flame.   Joshua Duff from the Geraldton City Band played the Last Post on a bugle belonging to Sergeant Roy Thompson of Geraldton which had been brought back from Gallipoli after Sgt Thompson was killed.    Glenda Sibson and Annette Sellers, who both had relatives listed on the Cathedral WWI Honour Boards, lit a candle for each fallen soldier as their names were called in the Roll of Honour by Ron Hayward.   The Musical Programme then began with all 3 artists combining for Bach's Cantata 51 followed by various solos and combinations.  A highlight of the concert was the Geraldton Choral Society's rendition of 'In Flanders Fields'. The concert closed with the 'Rouse' being played by Joshua Duff on Sgt Roy Thompson's bugle.

We are grateful to our Sponsors  who helped to make this memorable event possible. 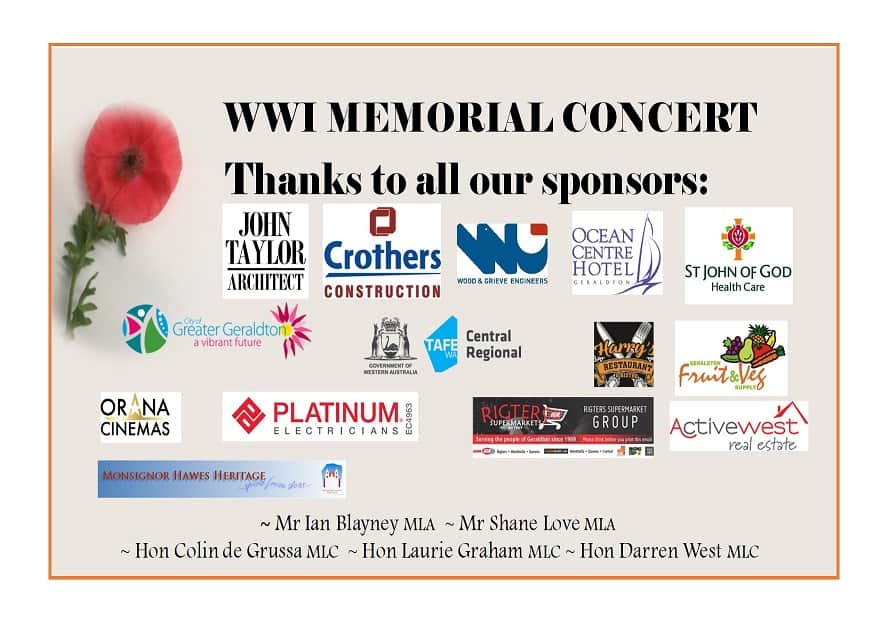 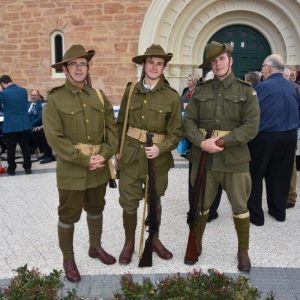 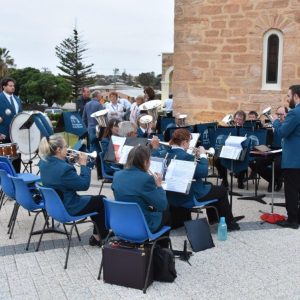 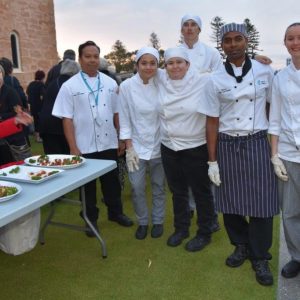 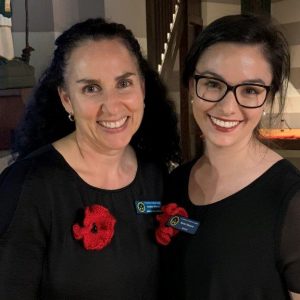 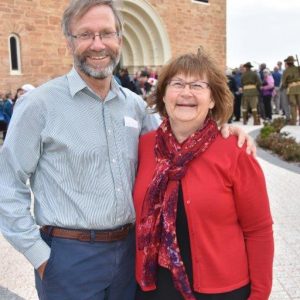 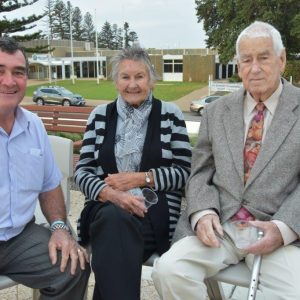 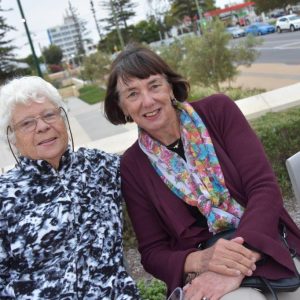 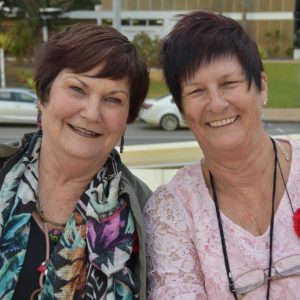 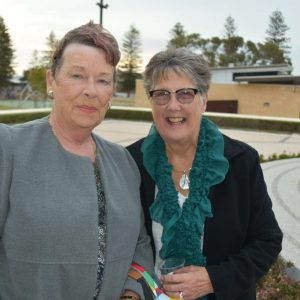 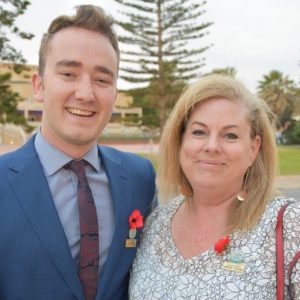 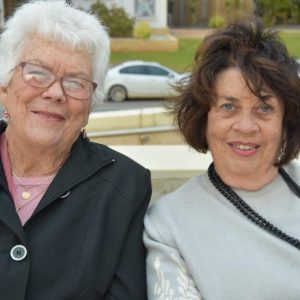 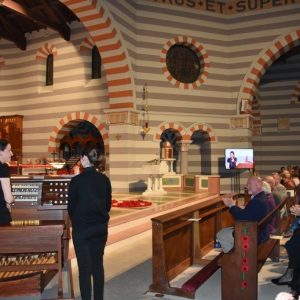 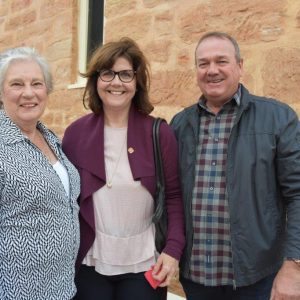 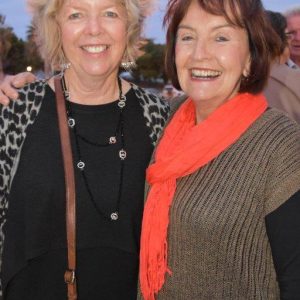 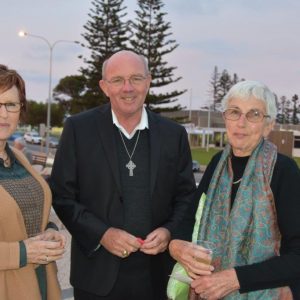 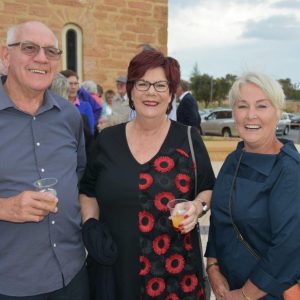 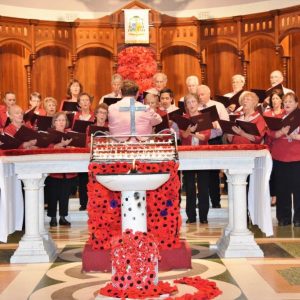 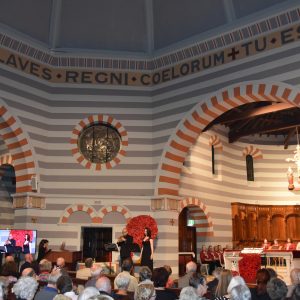 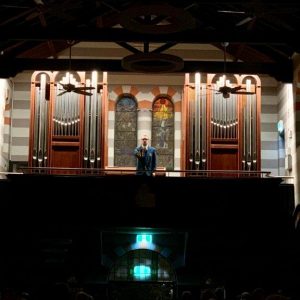 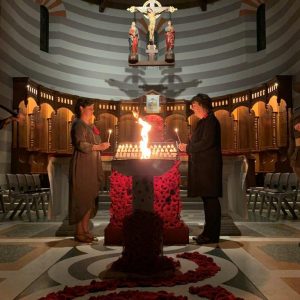 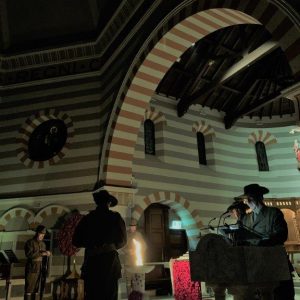