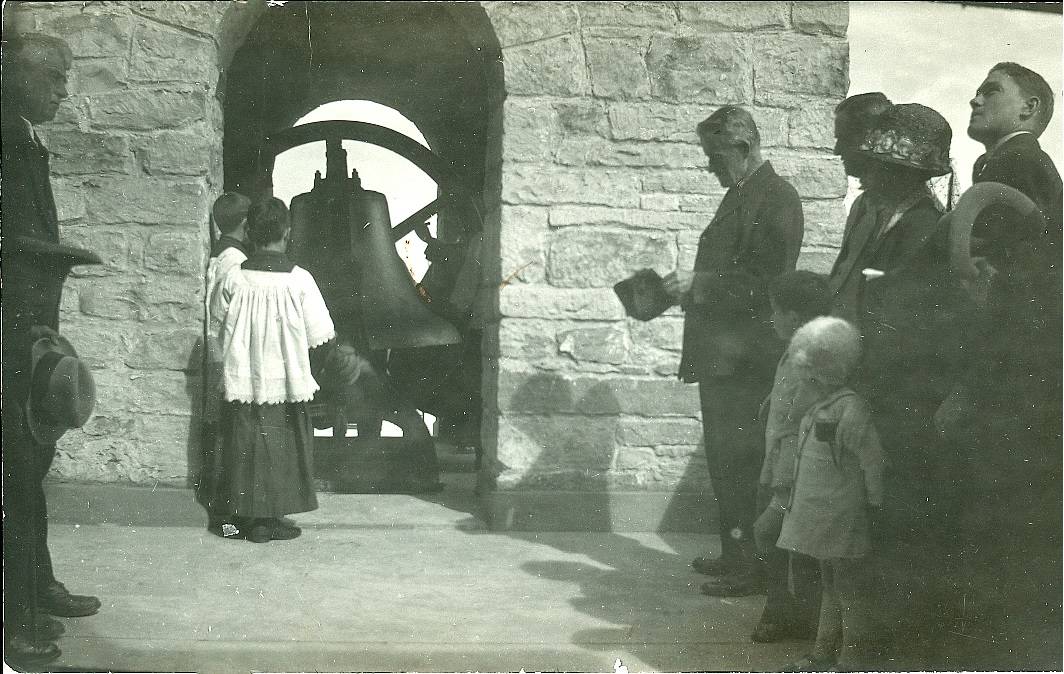 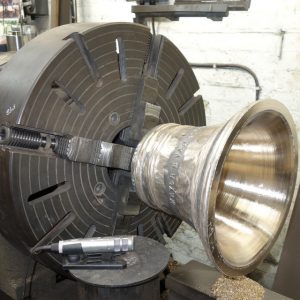 Bell donated by Mayor Van Styn on behalf of the City of Greater Geraldton. 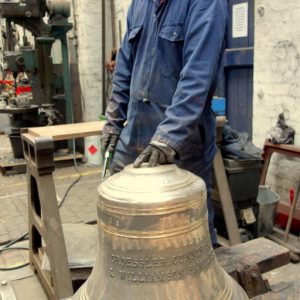 Bell donated by the Groessler Cunningham and Williamson Families

Bishop Emeritus Justin Bianchini inspecting the bells in May 2018. 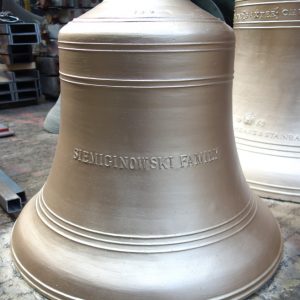 Bell donated by the Siemiginowski Family 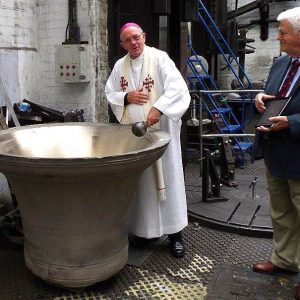 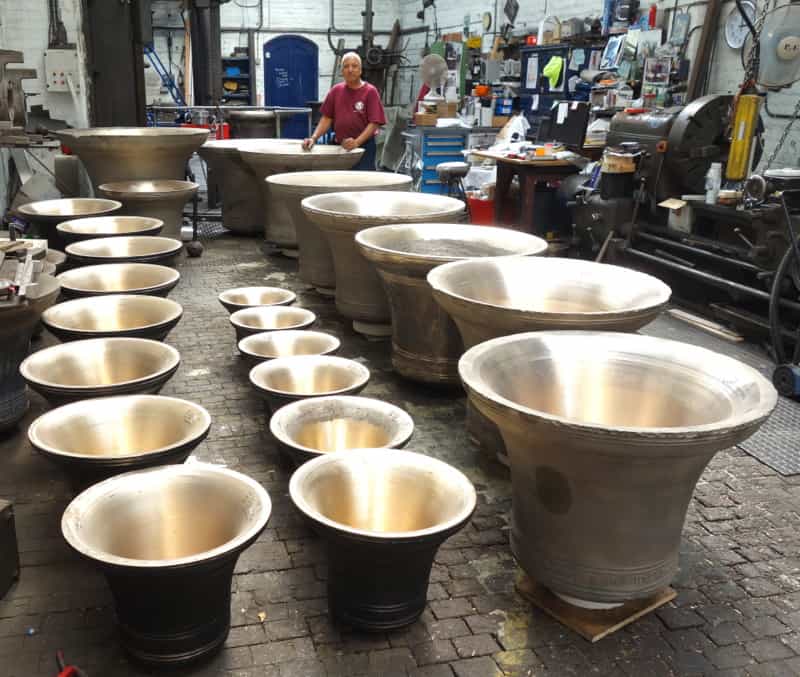 Tuning of the bells 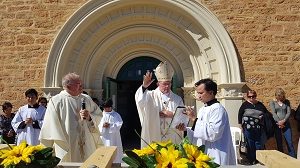 Bells arranged around the labyrinth ready for blessing. 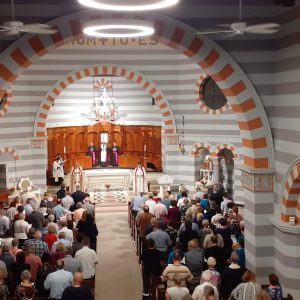 A large crowd in the Cathedral for the Dedication Ceremony. 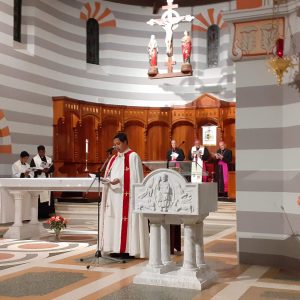 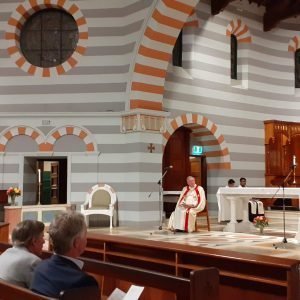 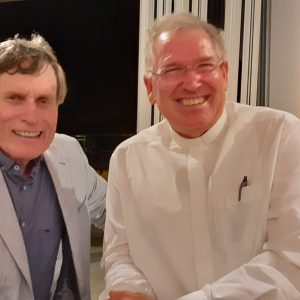 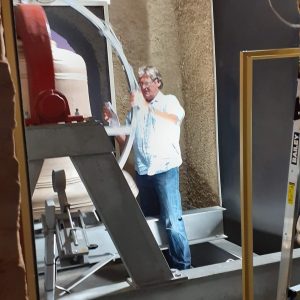 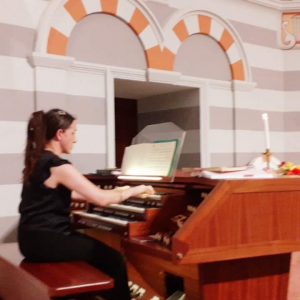 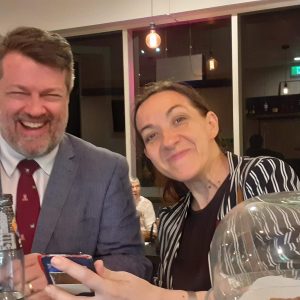 In August 1923  a large 1.75 ton steel, tin and copper bell called “Great Peter” was installed in SFX Cathedral, Geraldton. It was rung for the fist time by  a  Mr McKay, who for nearly 25 years had been bell ringer at the old St Francis Xavier church and at the Cathedral.

In 1931 this  bell  sustained an eighteen inch crack on one side  requiring repairs. It cracked again apparently after World War II never to be repaired. It was removed from the bell tower and remained for many years behind the Fatima Grotto adjacent to the Presentation Sisters Convent.

As part of the major conservation and refurbishment of the Cathedral begun in 2015, it was proposed to install a full carillon of 27 bells in the  Cathedral’s western  towers to be suspended from 2 frames constructed within the towers.

The foundation of the carillon is a set of eight bells that have  been obtained from the parish church of Saints Peter and Paul in Godalming, England. A further  19 bells have been  manufactured by John Taylor Bells, Loughborough, England, to make the full carillon.

In November 2018 an article appeared in The Australian, reporting on the impending arrival of the bells.

The bells were blessed after the 9:30 Mass on Easter Sunday 2019. They were   each adorned with a garland of flowers and  given a saint's name.  They were then   displayed at the Wind on Water Festival  at the Geraldton Foreshore.  All the bells have been sponsored by members of the community.  The bells are known as The Geraldton Bells.  Click here to see the Plaque of Dedications.

On 29th November 2019 a Dedication of  'The Geraldton Bells'  Ceremony was held at St Francis Xavier Cathedral and the bells were rung as a carillon for the first time from the keyboard of the Cathedral organ by St Mary's Cathedral Perth organist Jacinta Jacovcevic.

Report from ABC Midwest and Wheatbelt

Here are some interesting facts about 'The Geraldton Bells'.