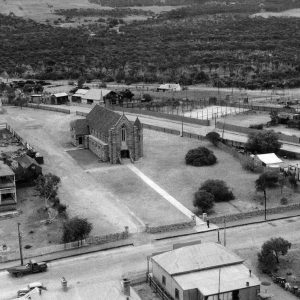 Our Lady of Ara Coeli Northampton 1930’s. Original church in the background, convent to the left. 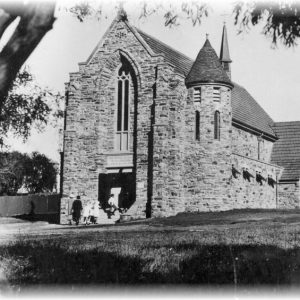 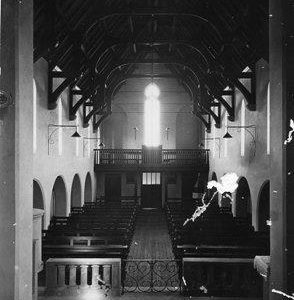 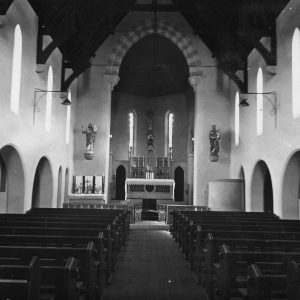 Original Interior of Our Lady of Ara Coeli Northampton 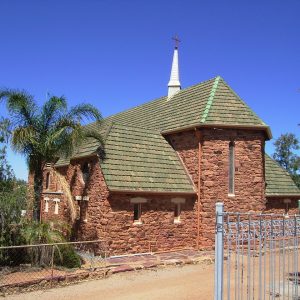 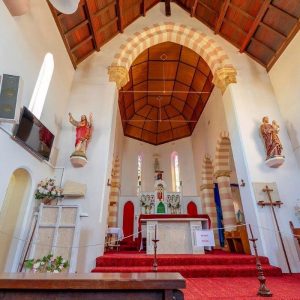 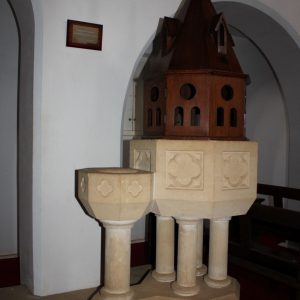 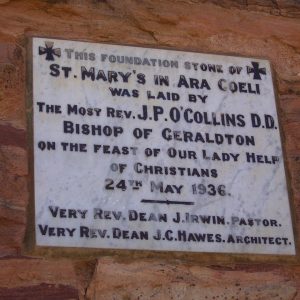 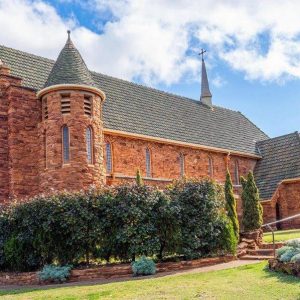 Our Lady of Arar Coeli from the side (Photo Tony Tropiano)

The Church of St Mary of Ara Coeli in Northampton, 50 kms north of Geraldton, is the largest parish church designed by Hawes. The foundation stone was laid by Bishop O’Collins in May 1936 and the building was opened in September of the same year.

The Parish Priest of Northampton at the time was Dean Irwin and he insisted that a new church be built, as opposed to renovating the old one. He also insisted on it being Gothic in style.  Hawes conceded in his speech at the opening ceremony that he had thought Irwin obstinate as he had rejected Hawes’s earlier designs,  but that he could now see that he was right.  Hawes believed that it was ‘the finest and most impressive church in the Diocese’.

The building is constructed of rough hammer-dressed red sandstone  donated by a Mrs Williams of Willow Gully.  The deeply raked out joints emphasise the ruggedness and colour of the stone  and its green tiled roof is reminiscent of the Westmoreland green slates in the north of England. The circular turret encases the stone stairway that leads to the choir gallery. The interior features high clerestory and altar windows which allow the natural light to fill the building. The chancel arch and the arches into the transepts are striped as in St Francis Xavier Cathedral.   The hammer beam roof  is  made of jarrah and there are  side aisles with rounded arches.

Our Lady of Ara Coeli was built by Mr T P Crothers who had been responsible for the building of the 3rd stage of St Francis Xavier Cathedral.

The Church  is located at 49-51 Hampton St Northampton.  It is not open to the public at the moment as it is undergoing repairs to damage inflicted by Cyclone Seroja in April 2021.

Sunday 8:30 (in the Hall adjacent to the Church)