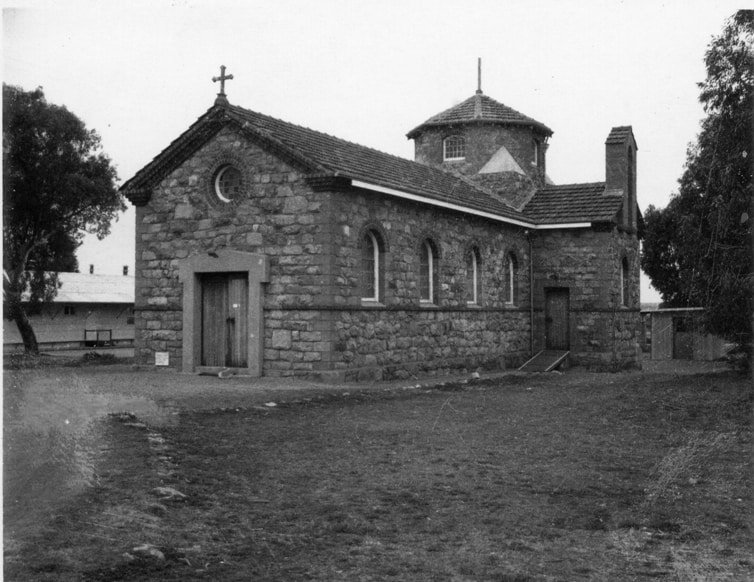 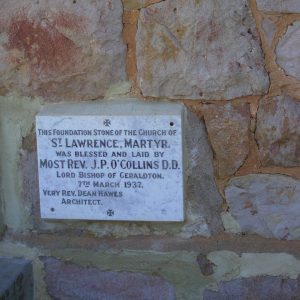 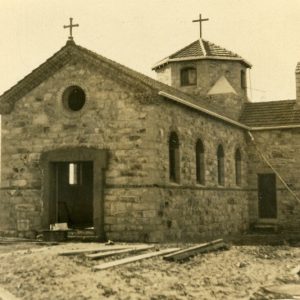 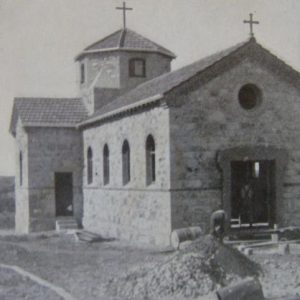 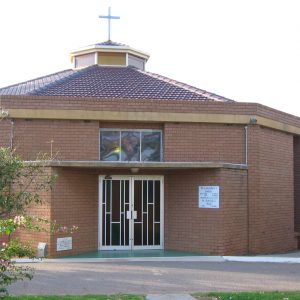 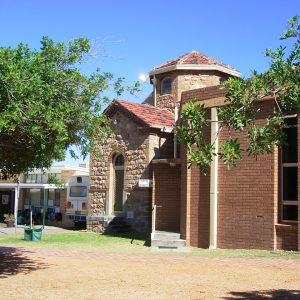 Church of St Ninian’s in Scotland Extension proposed by Hawes with Bell-Tower

The foundation stone for St Lawrence's was laid in 1937 by Bishop O'Collins and the building was completed  and opened on 8th August 1937. The land was donated by a Mrs Cameron and  a generous anonymous donation of  £600  from a person in the east enabled the building to go ahead.  The successful tenderer was Enrico Boschetti for the price of £1,109.  The masonry work was carried out under the supervision of Mr Joe Battistella  of  Perth and   Mr Frank Green donated the stone from his quarry at Waggrakine.   The church  was opened on 8th August 1937.

The design appears to have been inspired by  the Church of St Ninian's in Gretna Scotland as Hawes left a postcard of the church with his drawings.

Although Hawes stated that the church was designed to allow for extensions if they were later required, and there was strong support  in the community to expand the building according to Hawes' plans when the numbers increased, the building was partially demolished in  1970 and a larger church was constructed in contemporary style.  The stone and tile sanctuary of the original church remains but it is only used as a vestry behind the  church.

The Church  is located at 346 Chapman Rd Geraldton.  It is  closed  outside Mass times but a key is available from the Parish Office next door.