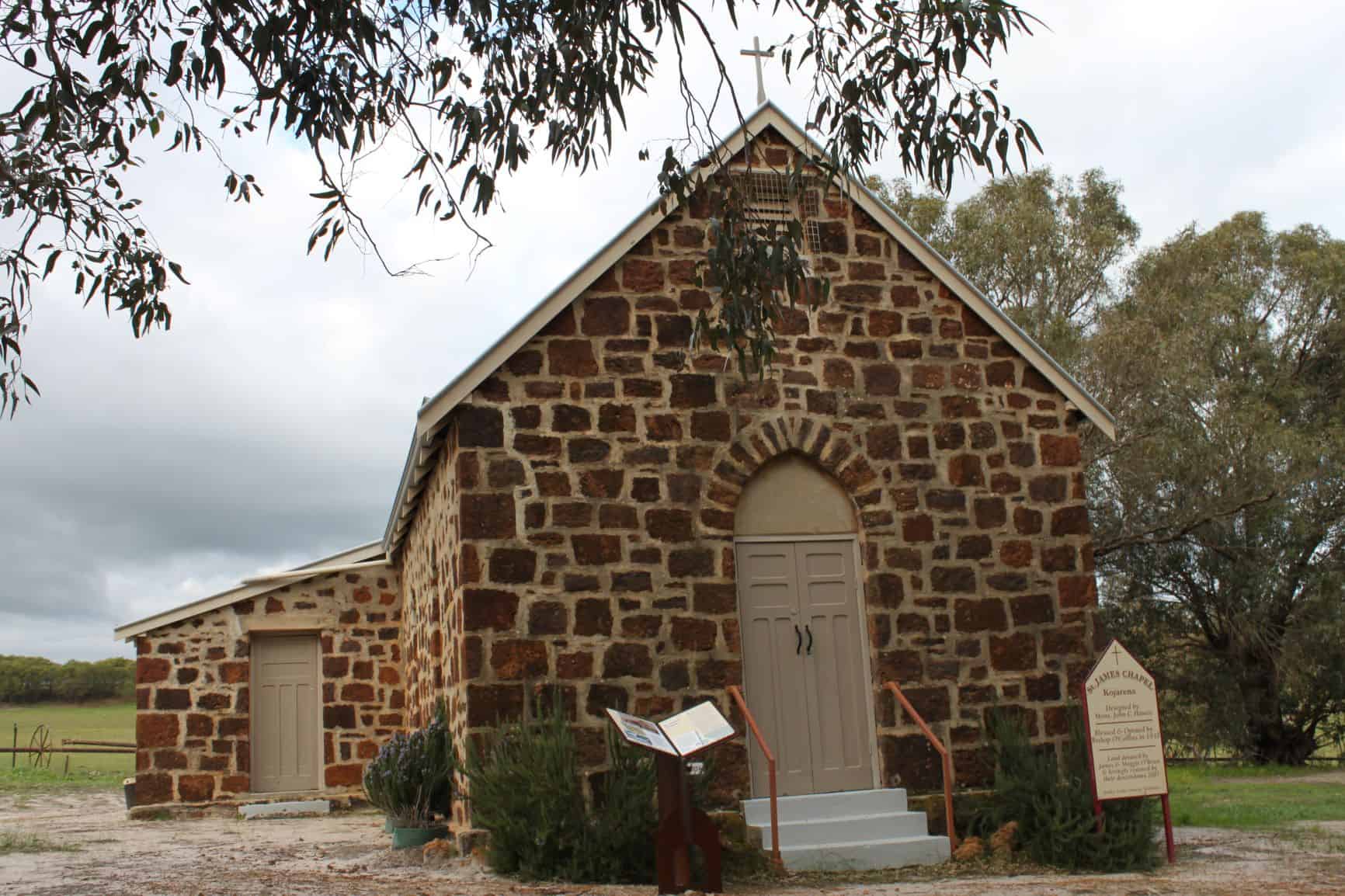 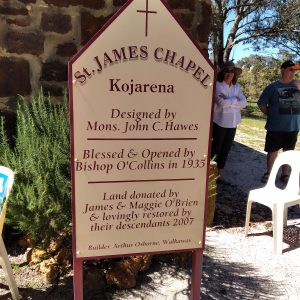 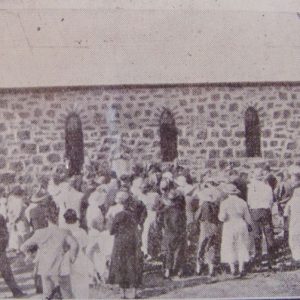 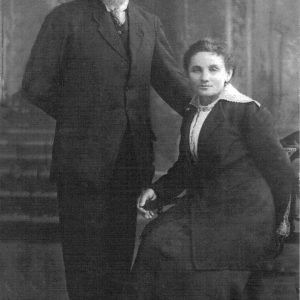 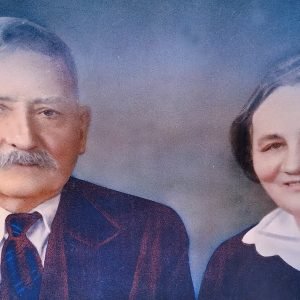 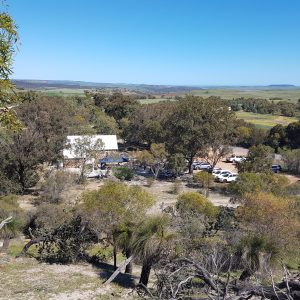 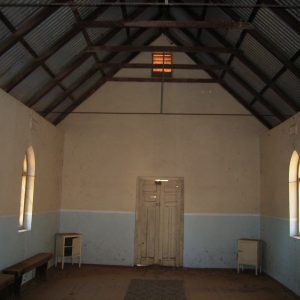 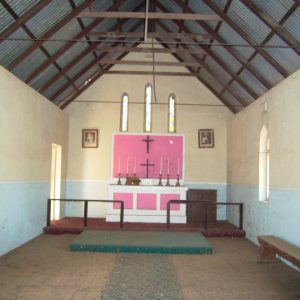 St James – before restoration The candlesticks and altar were donated by John Hawes. Kojarena 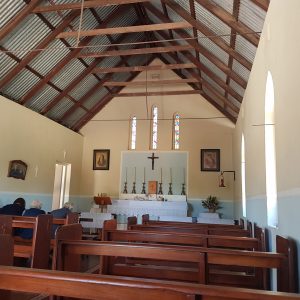 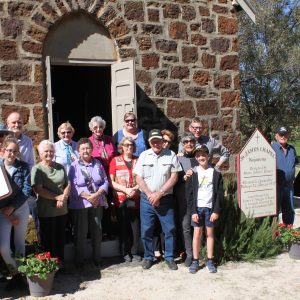 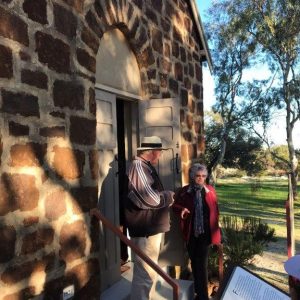 The building is located on the Kojarena South Rd, Kojarena.  It can be viewed from the outside. A key can be obtained from Bishop's House Office 7 Maitland St Geraldton (9921 3221).

For many years the simple little stone chapel nestled into the hillside of Kojarena presented a rather forlorn and neglected picture to the passer-by.  It was hard to imagine that it had once been the centre not only for the local Catholic community, but for the community at large.

During the late 1890’s, James and Maggie O’Brien took up some of the first land in the Kojarena area to be farmed.  They arrived from Greenough with their three small children and decided to make the area their home.  A modest stone homestead was built and where another 8 children were born.  Sadly 2 infants died, leaving a family of 2 daughters and 7 sons.

James and Maggie had a strong Catholic faith, no doubt due to their Irish/Spanish heritage.  (Maggie’s father Francisco Ventura had arrived from Spain and joined Bishop Salvado as a lay missionary at New Norcia in the 1840’s before leaving the mission in 1856 and later marrying).

From around 1900 Mass was celebrated monthly in the O’Brien’s sitting room.  Father O’Hare and Father Flavan from the Walkaway-Greenough area took it in turn to travel to Kojarena.  They would arrive on a Saturday afternoon, give religious instruction to the children and spend the night at the little room at the O’Brien’s always referred to as the Priest’s room, and celebrate Mass on the Sunday morning.  This was always followed by a hearty morning tea for all the parishioners.

This practice was to continue for 35 years. During these years, James and Maggie continued to dream of having a “little church” nearby. At every opportunity Maggie would try to raise funds with this end in view.  She held raffles and  social evenings at the homestead where the locals would gather and play Euchre and all contribute what they could for the “church fund”.

In 1934, Father John Hawes, who at the time was the Parish Priest at Mullewa, was asked by Bishop O’Collins to draw up a set of plans for a simple chapel for Kojarena. The O’Briens were delighted and donated a small portion of their farmland, adjacent to their home, on which to build the much anticipated “little church”.

The chapel was officially opened in 1935, after having been built by Arthur Osborne of Walkaway.  He was assisted by Norm Bagley also of Walkaway. The stone was quarried locally and carted to the site by volunteers, much of it on Con Culloton’s truck. A large gathering attended the opening, all contributing to Maggie’s “church fund”.

By this time the chapel was under the supervision of the Northampton parish and the visiting priest was Father James Irwin.  Father John Hawes was heard to remark at the opening that it was no wonder the chapel was named St James as the three men responsible for the building were all named James.

In 2007. the descendants of James and Maggie decided to do something about the forlorn and neglected building and  they contributed the money and the manpower to restore it  to its former glory.  Although it's no longer used on a regular basis, the family gather for an Annual Mass and Picnic and proudly open the little 'Chapel of Ease' to the public.