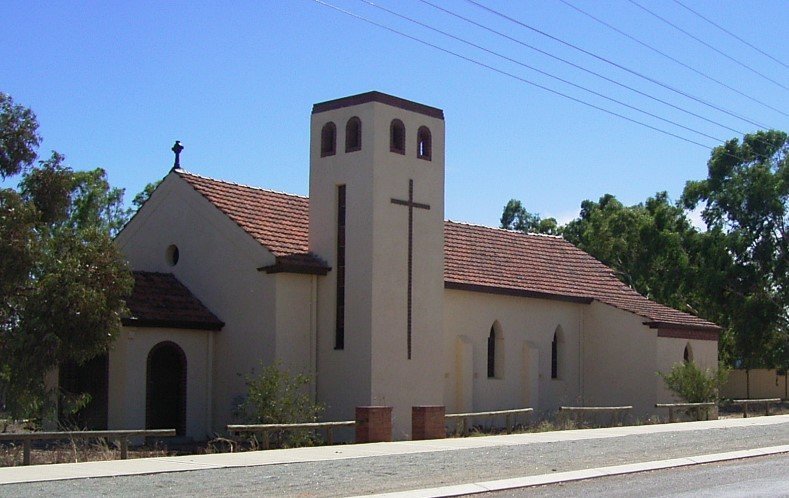 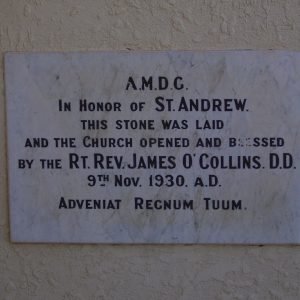 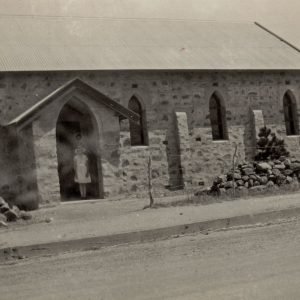 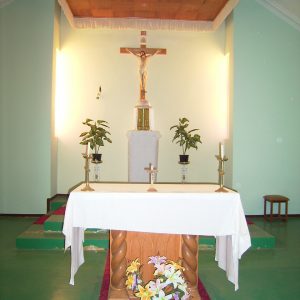 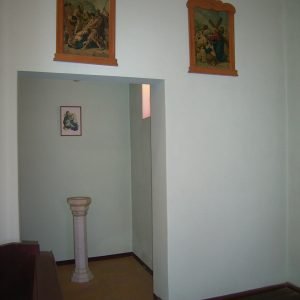 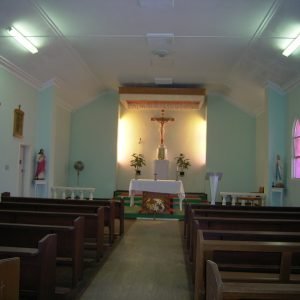 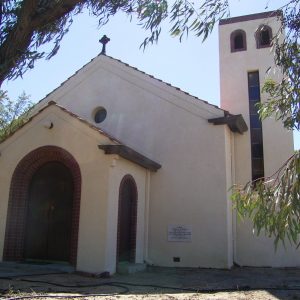 While St Andrew’s Church in Carnamah has never been considered one of Hawes’ major works in WA, he clearly had an influence from its beginnings.  The original stone  church was opened and blessed by Bishop O’Collins in 1930.  Very little evidence is available to prove who actually designed the church or its additions 30 years later,   but one piece of paper with the title 'Carnamah' and  2 sketches and notes by Hawes gives an insight into the design process.  A picture of a  church with  Romanesque windows and other features not included in the  build has a note beside it 'as designed by the architect' and a sketch beneath it of a simple structure with Gothic windows has the note - 'showing it as erected with improvements by a local genius'.   He clearly wasn't happy with the final product.

In 1960, the building was given brick cladding and a tiled roof and according to The Cathedral Chronicle of December 1960, Bishop Gummer opened a ‘new’ church.  It is possible that Hawes had, at some time prior, had some influence on the interior changes, as a modern campanile and a narthex incorporating recessing details around the entry doors are found in the ‘new’ church.  According to John Taylor, (Between Devotion and Design), these are elements that Hawes used extensively in his churches.

Due to the decline in population in Carnamah, St Andrew's is no longer operational as a Parish Church.

St Andrew’s is owned by the Catholic Diocese of Geraldton but is no longer used for regular  Masses.