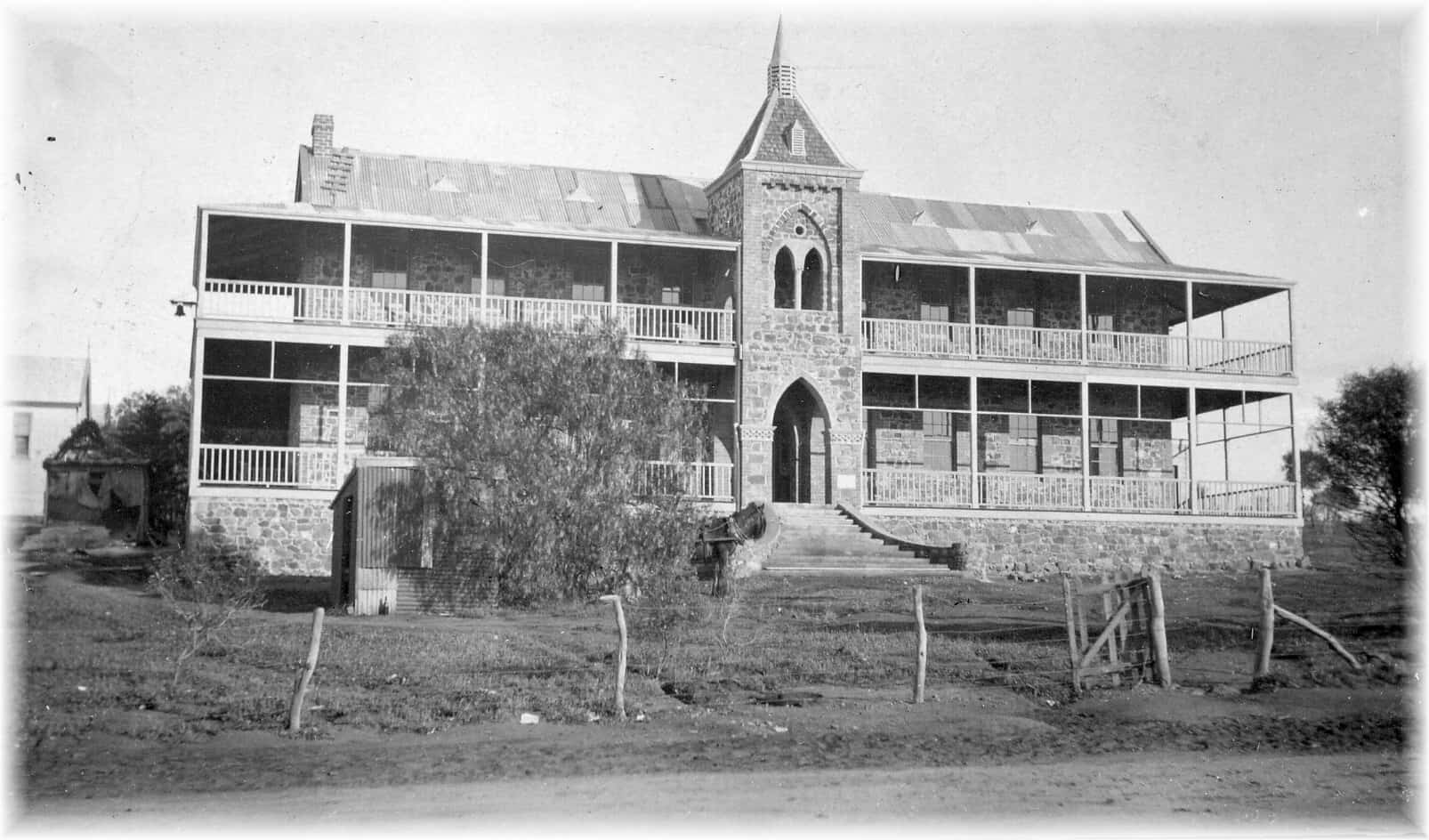 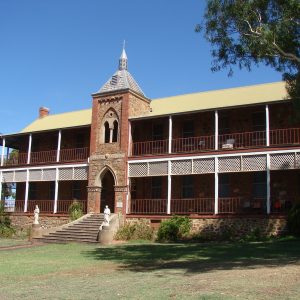 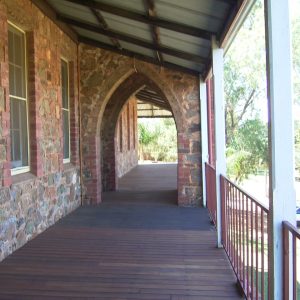 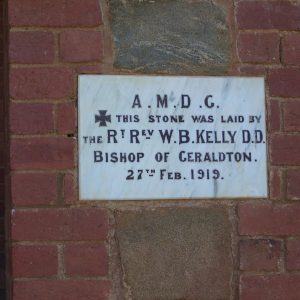 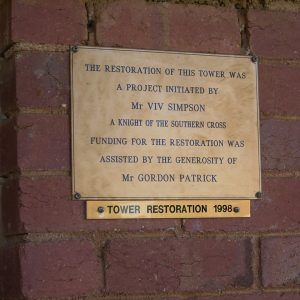 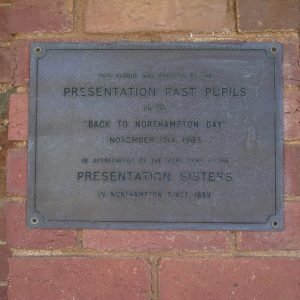 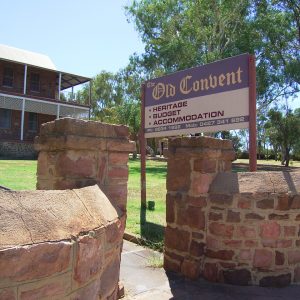 This was one of Hawes’s earliest buildings in the Geraldton Diocese.  He completed the design work in late 1918 early 1919.  The foundation stone was laid by Bishop Kelly on 27th February 1919 and the building was opened in October.  The convent, which was a fourteen room, two storey structure with verandahs front and back and a she-oak roof, was built for the Presentation Sisters. The Sisters and parishioners had been pushing for a Convent for some time  as they were operating in sub standard accommodation which had originally served the Josephite Sisters.  It  wasn't until the war had ended that Bishop Kelly  instructed Hawes to design and oversee the building of   the Sacred Heart Covent.

The cost of the convent was £1200 of which Bishop Kelly contributed £400.  The sisters contributed £200 which they had accumulated from fundraising events such as concerts, bazaars  and raffles conducted over many years,  the first of which  was 3 months after they arrived in May 1899.  The bulk of the stone was paid for by Mr W Fanning while many other parishioners offered goods,  time,  and services for  the construction of the building.

Hawes was able to use some of the tradesmen who had just completed the 1st stage of  St Francis Xavier Cathedral including Perth Builder Joseph Bailey, the foreman for  the Cathedral, the carpenter Mr Rose, and the plasterers Mooney and Jenner.

Hawes also designed a chapel for the sisters but this was never built.  The plans show some of the special features used by Hawes in other buildings throughout WA and The Bahamas. It would have  had the stripes, wagon and barrel vaulted ceilings, and choir stalls similar to St Francis Xavier Cathedral, the Rood Triptych used in many of his churches before and after this  building was designed, and the ornate baroque altar that  can be seen in St Paul's Anglican Church Long Island in The Bahamas and Our Lady of Mt Carmel Church in  Mullewa.  It also had a  sanctuary gable and window design similar to that used in Mullewa and the Yalgoo Chapel.

The Sisters left in 1983 and in more recent times the building  has been used as a B & B however, due to damage caused by Cyclone Seroja in 2021, it's been closed for some time.

The convent celebrated its centenary in 2019.

The Convent is located at 61 West Coast  Highway Northampton.  It  is not open to the public.