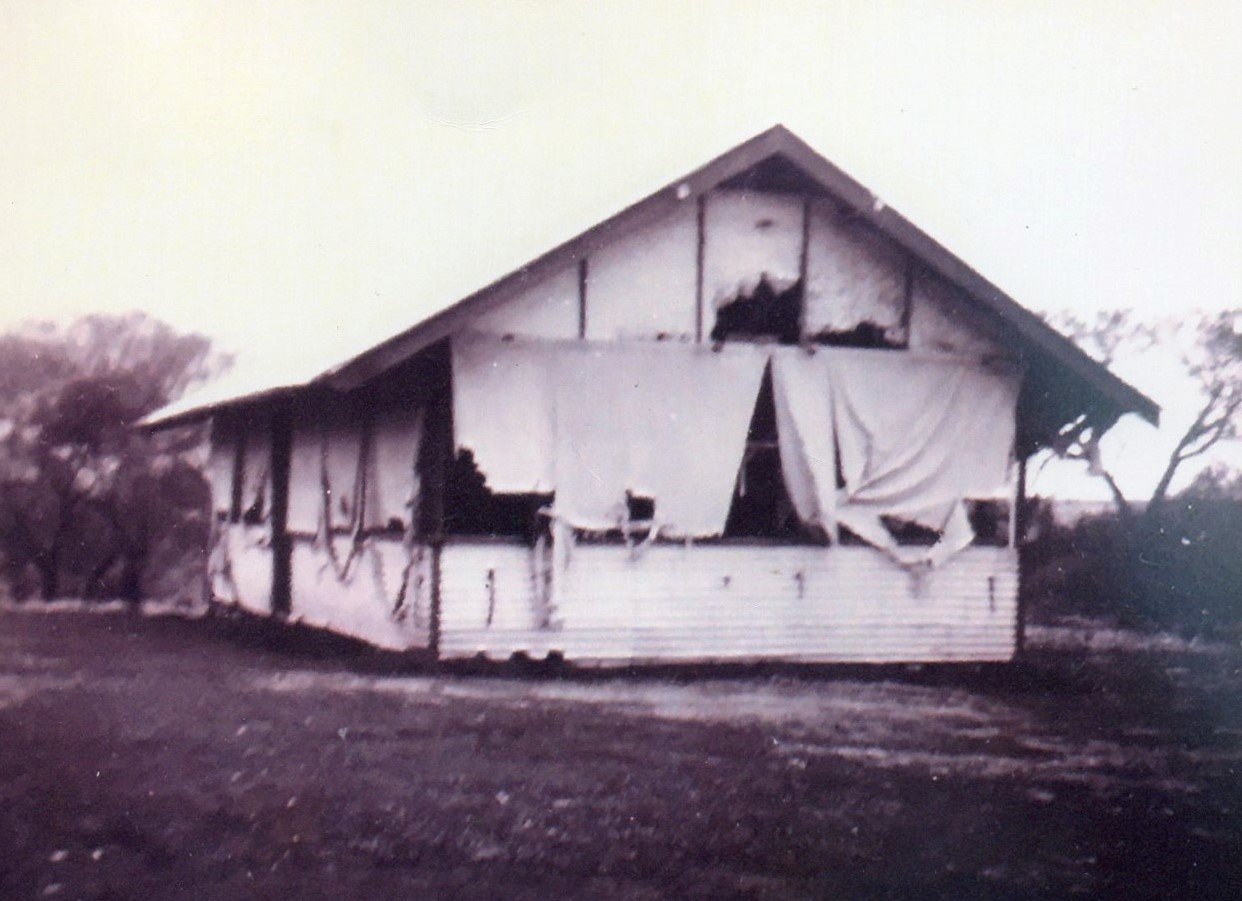 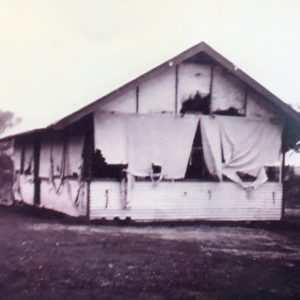 While this building is no longer standing, and the only photographic representation available at this point in time is  of it in a state of dilapidation, the story behind the building is significant  in many ways, not least for  the fact that in 1935, when the building was constructed, Dean Hawes, as he was then known, was Chairman of the Mullewa Hospital Board.  He was  also the Parish Priest of Mullewa and  Yalgoo as well as  Diocesan Architect, at a time when many  buildings, including SFX Cathedral,  were  under construction.

Due to the fact that  the Mullewa Hospital was overcrowded, the Board decided to build what they termed a ‘Native Ward’ to accommodate the large number of local Aboriginal patients.   Hawes stepped in and designed a building sympathetic to the exigencies of the climate and health-care needs of the Aboriginal people.

The West Australian reported that “uniquely” around half of the construction costs of the building were paid for  by the local Aboriginal people.  It noted that this was as a result of a proposal put to the Board by  a Mr R W Fremlin, who managed  Murgoo and Mt Narryer Stations.  When the Government refused to contribute any  more than the usual 50% of costs,  the  Aboriginal people on his stations agreed to contribute  1/- a week, and other station owners and managers were asked to encourage their employees to do the same. Apart from a couple of direct donations, this is how the ward was funded.