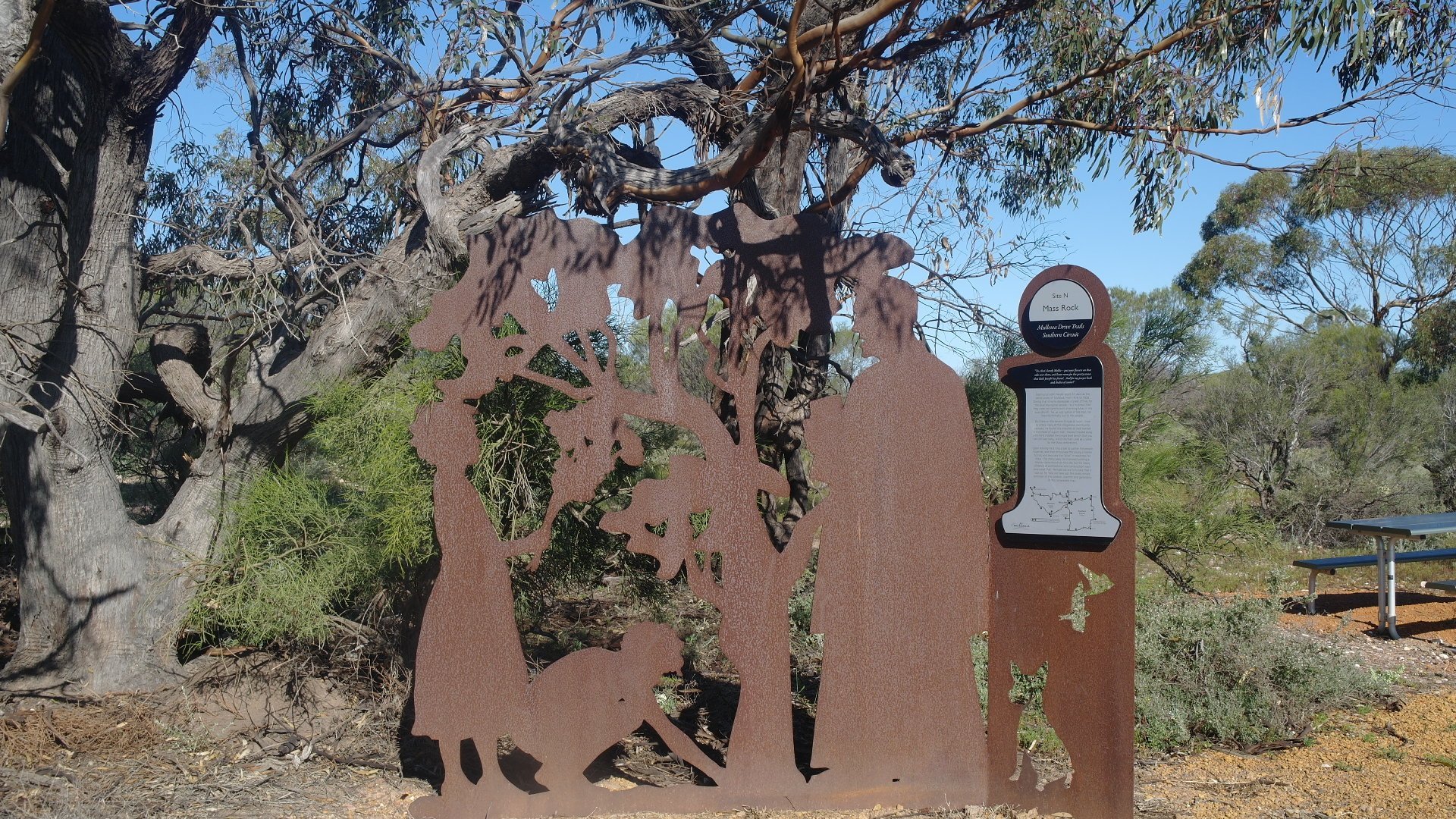 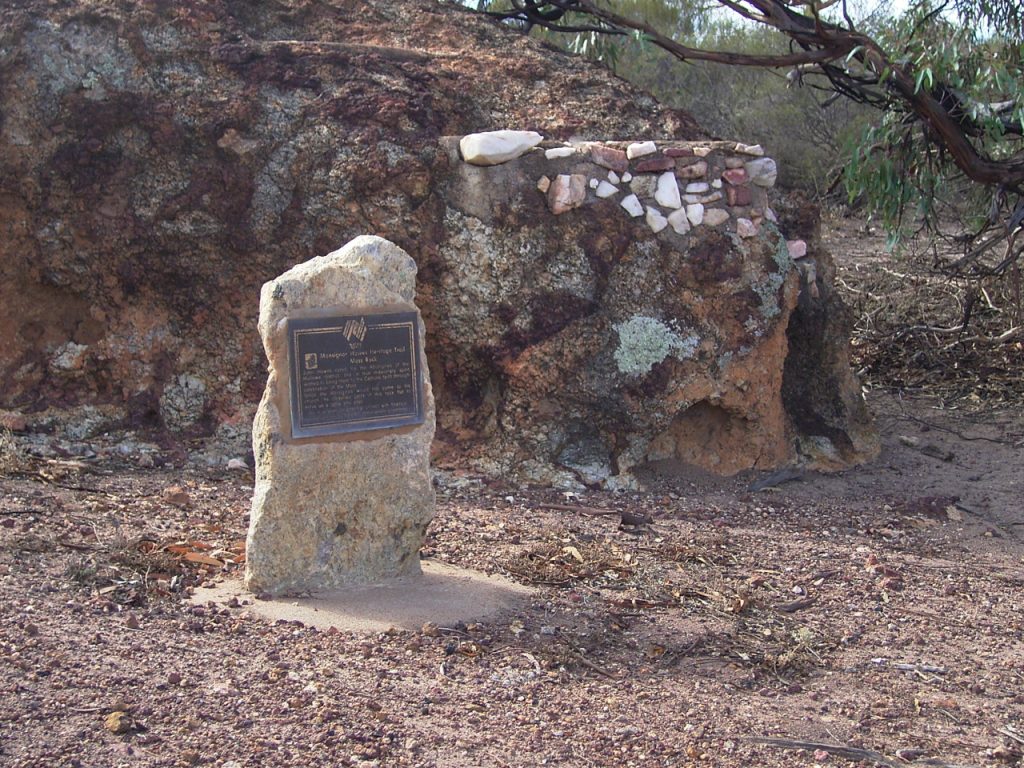 Monsignor Hawes had a great affinity with the aboriginal people and when he was appointed  Parish Priest of Mullewa and Yalgoo in 1916 he began his 'Mission Dolores' - Aboriginal Mission.  The first  baptism by Hawes in Mullewa was an aboriginal baby John Xavier and the first marriage in Our Lady of Mt Carmel Church was an Aboriginal couple, Millie Comeagain and Bill Flanagan.

To the East of Mullewa approximately 1.6 kms along the Mt.Magnet road one will find an area of bush to the left which was originally ‘the common’. Here a shoulder of rock can be found on the hill slope overshadowed by gum trees. Portion of the rock has been leveled to serve as a table for the Mass celebrations. The outdoor altar is decorated with different coloured rocks set in cement, while a small timber cross stands on top of the rock outcrop. Immediately adjacent is a small rock plinth with a bicentennial heritage trail plaque.

It is here that Mons. Hawes would gather the local aboriginals with the sound of a bell and encourage the young children to tidy and decorate the altar in readiness for Mass.

Monsignor  Hawes had intended to build a mission style bell-tower and archway as an entrance to Mass Rock but  this was never built.

To the east of the Mullewa Townsite and the grain silos, a rough gravel track leads to the north through bushland variously known as 'the common' or 'the Old Show Ground'.  The site is accessible to the public but care must be taken on the track after wet weather.