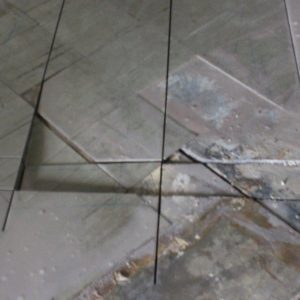 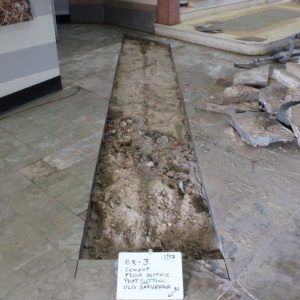 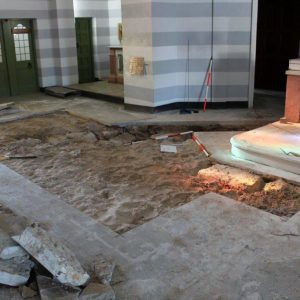 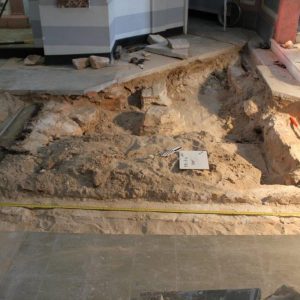 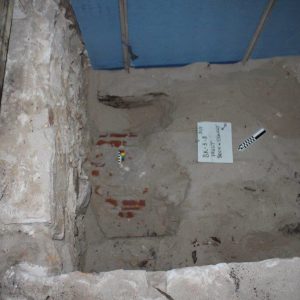 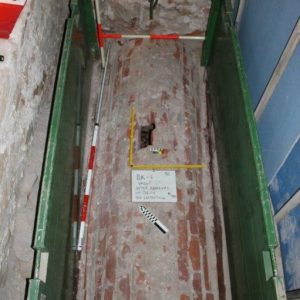 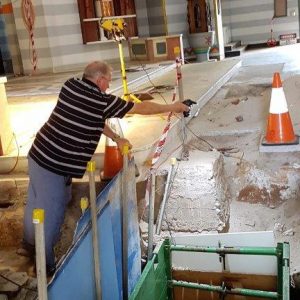 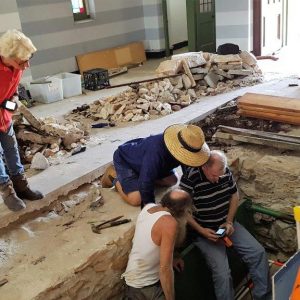 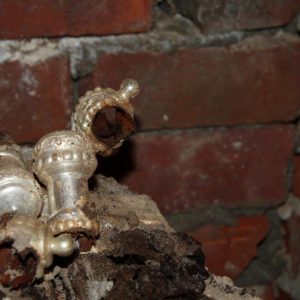 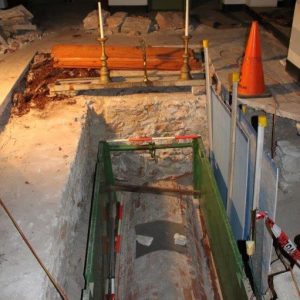 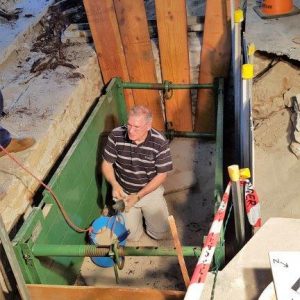 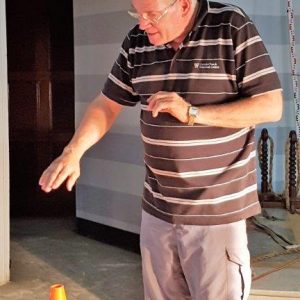 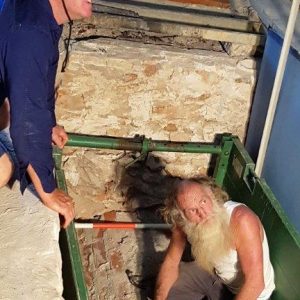 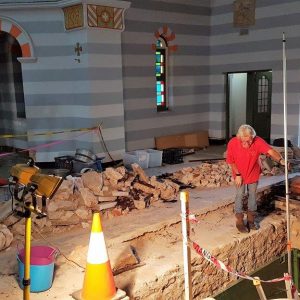 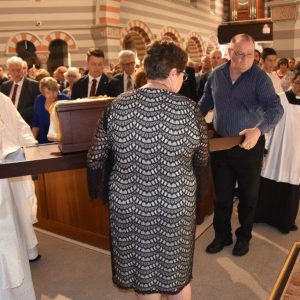 Bishop William Kelly was the first West Australian-born bishop of the new colony when he was appointed in 1898 as Bishop of the newly created Diocese of Geraldton.

When he died in 1921 he was buried  beneath St Francis Xavier Cathedral  during the construction of the building which he had commissioned.  Some time later, Bishop Kelly's remains were moved to another location beneath the cathedral to make way for further expansion, but the exact location of the tomb was never recorded.

During the restoration of the Cathedral in 2017, it was decided that his remains should be located.  Fr Robert Cross, the Diocesan Heritage Director and a trained archaeologist, managed the search.   Over several weeks he and his  team of volunteers painstakingly moved soil and recorded their findings.  Fr Cross came across a footing, then a wall and more footings. He recognised features used to shore up a grave and soon discovered a brick vault.

The removal of a brick allowed for a camera to be inserted inside the tomb and coffin fittings could be seen at one end.

Bishop Kelly's remains were removed from the coffin and re-interred in an ossuary which was placed above the original burial site during the re-dedication ceremonies of the Cathedral in 2017.  Relatives of Bishop Kelly, Sue and Geoff Ryan, assisted at the re-interment.