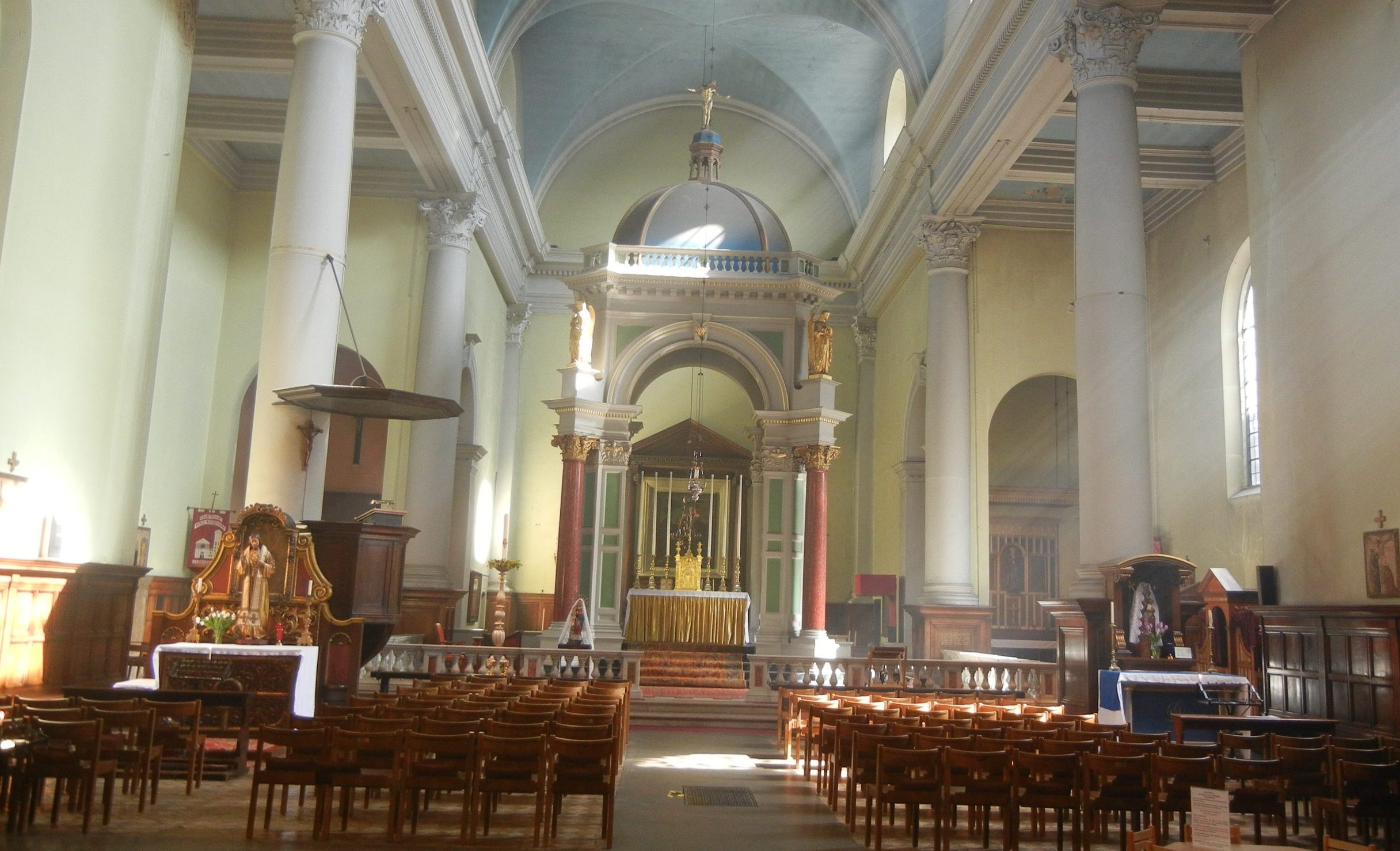 Sun streaming into The Holy Redeemer. 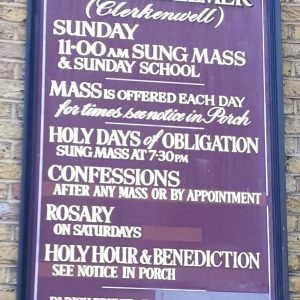 Current information regarding The Holy Redeemer. 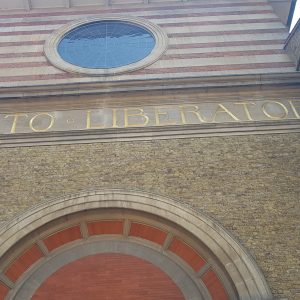 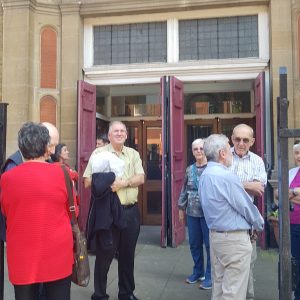 The Pilgrims outside the church. 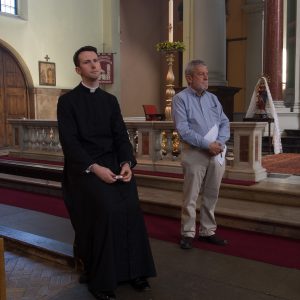 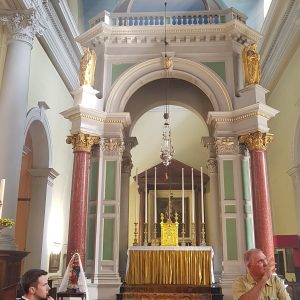 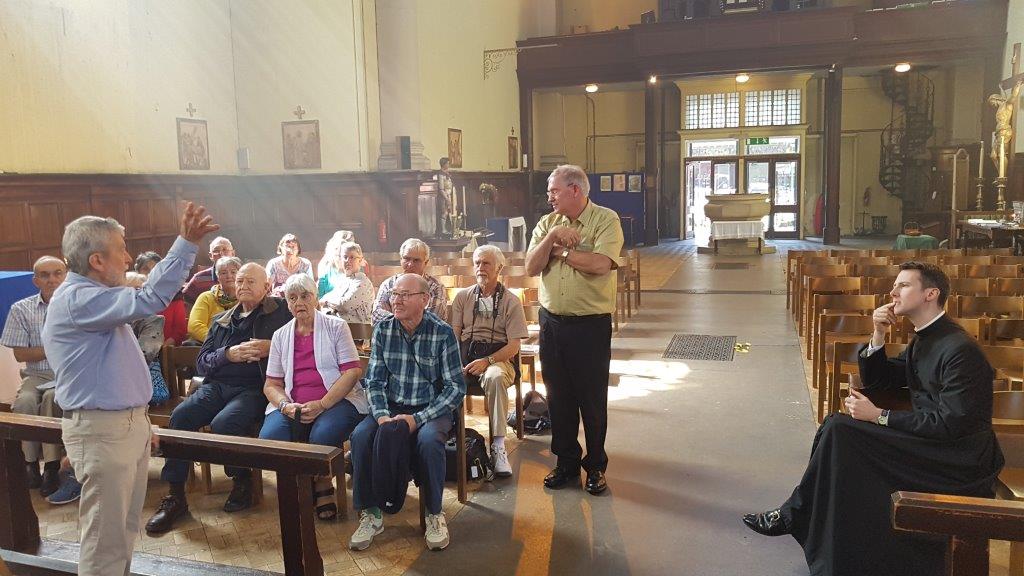 Nicholas Riddell talking to the Pilgrims while Rev. Christopher looks on.

The Pilgrims visited  The Holy Redeemer,  Exmouth Market, London where they were welcomed by the Vicar and Parish  Priest Rev. Christopher Trundle.

Hawes had taken up a junior curacy at this church in 1903 at the recommendation of Bishop Hornby.  The vicar at the time was a friend of Hornby's - Edward Vincent Eyre. Eyre had an intense love for the Pope and everything Roman, and Hawes believed that it was the Vicar who taught him the principles of Catholicism.

This Church of The Holy Redeemer suited Hawes as it had, and still has today,  all the trappings of a Catholic church - 3 altars. confessionals, stations of the cross , statues, vestments and incense.   It was designed by John D Sedding.

Despite his doubts about  Anglicism Hawes  went on to be ordained a priest on the 2nd October 1904.  He spent the night before he said his first Mass, prostrate before the altar of The Holy Redeemer.

The Holy Redeemer suited Hawes not only because of it's architecture and leaning towards 'Catholicism', but also it's situation.  The slums of Clerkenwell were as bad as any in London and Hawes  was able to live out his Franciscan ideals,  living among the people and sharing in their poverty.

It appears that Hawes'  architectural skills were also put to use during his time at The Holy Redeemer.  He lists the Clergy House and Campanile as buildings designed by him, but there's some conjecture as to whether his designs were actually used as other sources list Henry Wilson as the architect.

During this visit, the scene was set   for the  Pilgrims'  discovery of the  man who had started his clerical career in this church, with   an enlightening and informative talk by a former judge turned local historian Mr Nicholas Riddell.  He spoke  not only on Hawes and his  time at Holy  Redeemer, but  also gave an insight into the difficulties and controversies  in the Church during the time of Hawes.