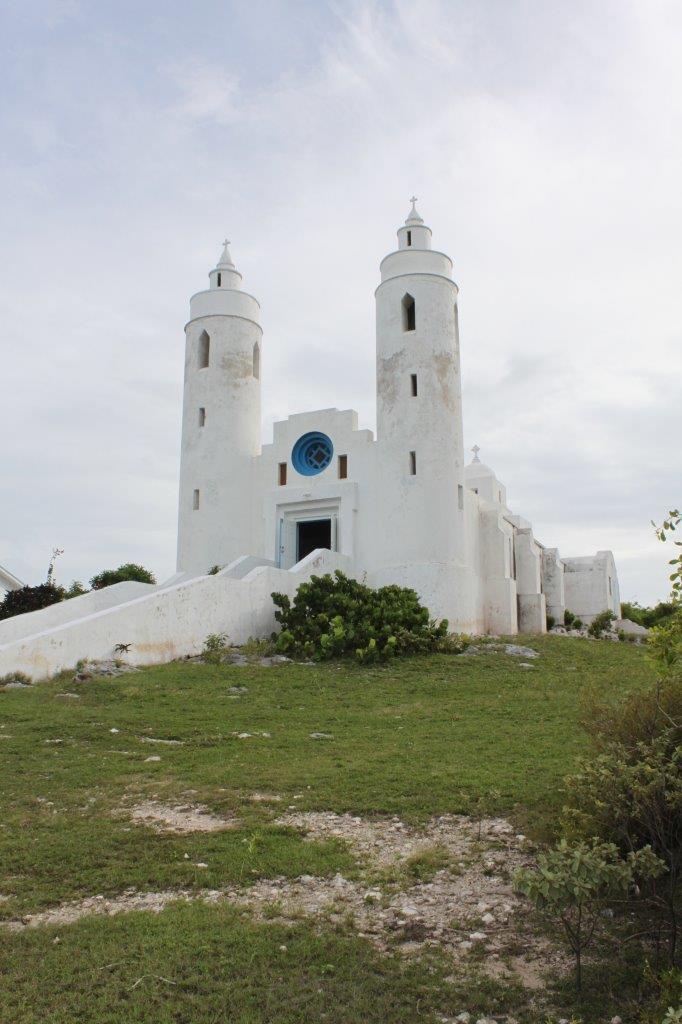 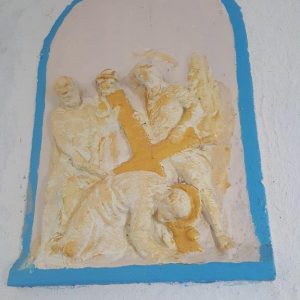 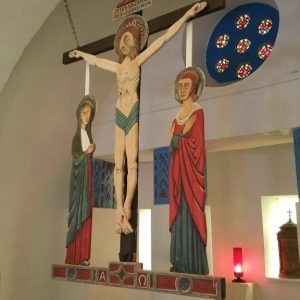 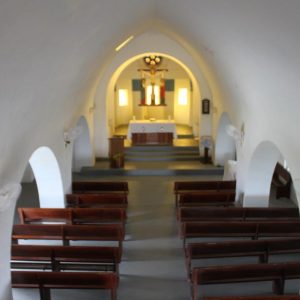 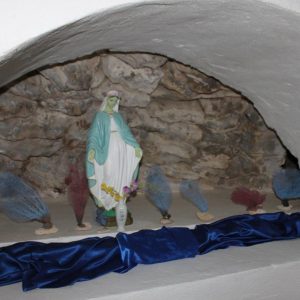 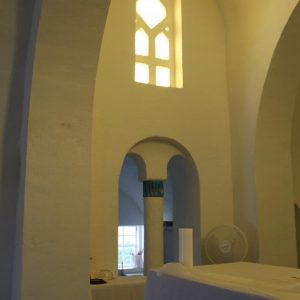 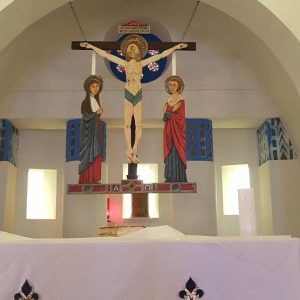 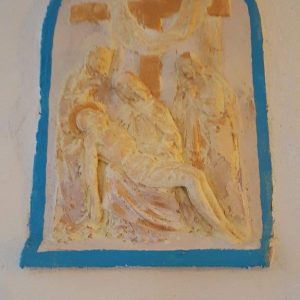 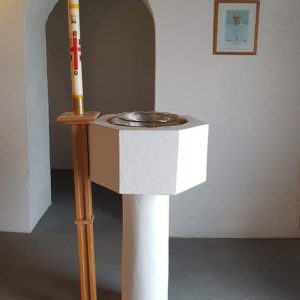 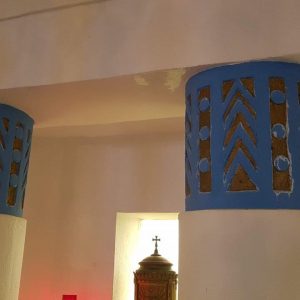 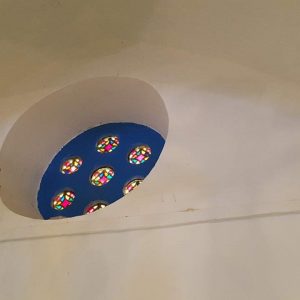 As an Anglican priest in 1910, Hawes had designed and help build “the pearl of the Bahamas” (Anson 1958, p.147), the Anglican Church of St Paul in Clarence Town. The building of St Paul was not completed however until around 1915 but Hawes continued to contribute towards its design in this time, even though he had left the Bahamas to become a Catholic in January 1911.

It peculiar situation Hawes found himself 30 plus years after designing and help build the Anglican church in Clarence Town and no setting about building the Catholic Church did not go without comment by Hawes, who stated, “. . .  It’s a special labour of love as Clarence Town was my headquarters in my Protestant days and I built a big Anglican church with two towers, now I’ve got to take the wind out of the sails of that! . . . It will have 3 towers, a central domed lantern one, and two circular towers (t be built at a later date) on the front; so Clarence Town will be quite a place of towers as seen from the harbour” (Letter from Hawes to O’Collins Marh 14, 1944).

A liturgical art feature in the Church is the Rood Cross which Hawes carved in 1944. It is 2.13 meters tall. Hawes said, “. . .I have made them as gorgeous as possible with brilliant colour and gilding. Our Blessed Lady is not portrayed with tears (as in Freetown) but with a sweet pensive virginal face . . . St John is not the long haired spineless effeminate youth (as alas usually portrayed) but has the strong thoughtful face of a Roman professor of theology at the Angelo. Carved with pocket knife (three blades)” (An unreferenced text recorded by Tony Evans for his book The Conscious Stone cited by Taylor 2000, p.302). The inspiration for the figure of Christ on the cross is Paul Gauguin’s 1889 painting “The Yellow Christ”. Hawes had seen a black and white reproduction of Gauguin’s painting in the Catholic Herald but was not aware of its colouring.

Hawes was not pleased with some of the finish of the church and was particularly critical of “. . . the poor hash of my design for the two columns behind the High Altar. Weak characterless looking modelling of the capitals and these lesser diameter than the columns below them, bad!” (Hawes’ Diary, pp.242 & 243).

The Church was dedicated in February 1946.