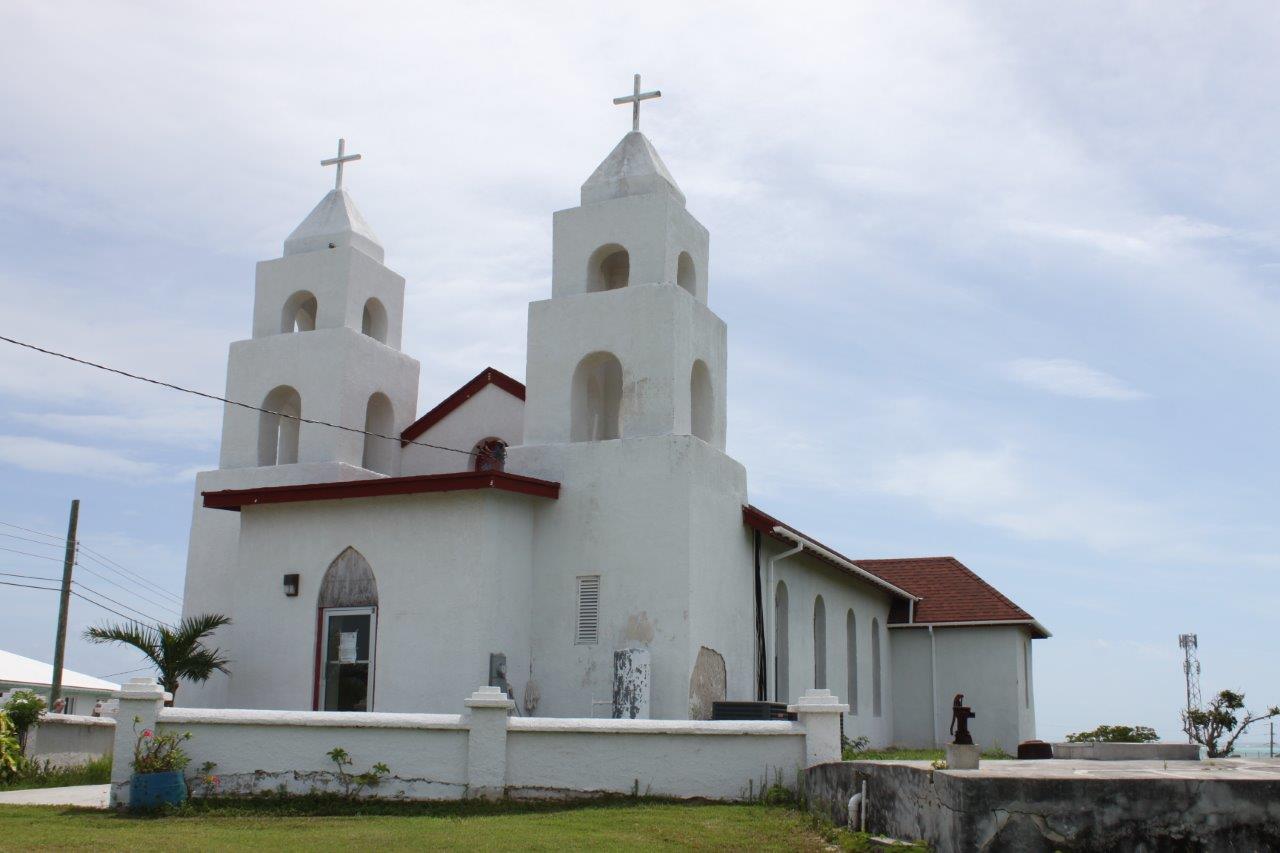 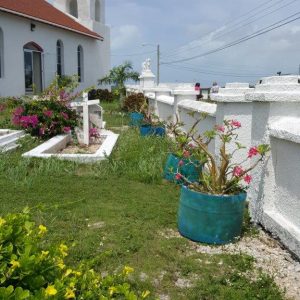 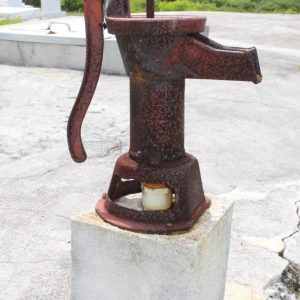 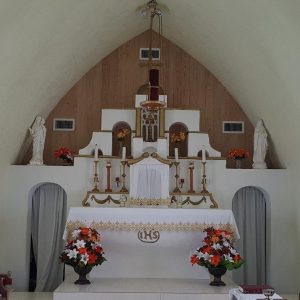 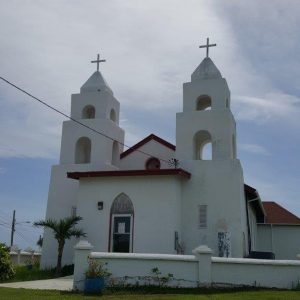 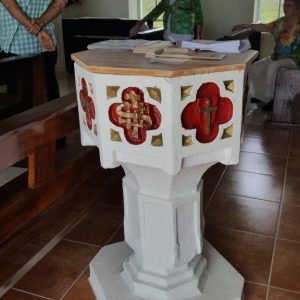 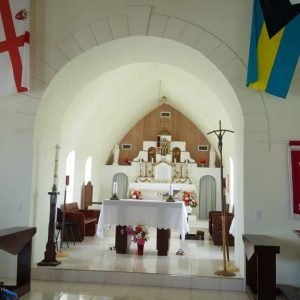 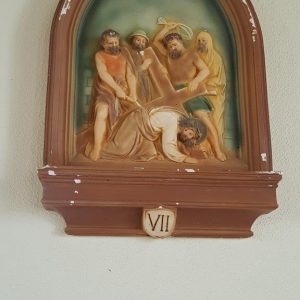 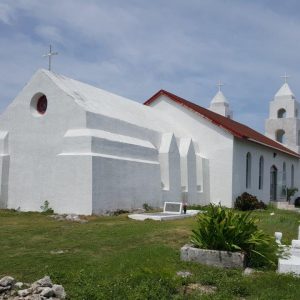 This was the biggest church to be re-built on Long Island.  Work began in 1910 after the hurricane of 1908 had practically razed it to the ground. Brother Jerome worked tirelessly with his workers and just after the  centring of the chancel arches  had been removed, a storm came up and due to the arch having not been properly set, the whole roof collapsed. The work was re-done, this time with the walls a foot thicker.  The church has survived many more hurricanes since.

Hawes  built a baroque stone altar and a screen for the sacristy. This is very similar to the altar he built in Our Lady of Mt Carmel in Mullewa several years later.   Onto this chancel opened a low temporary nave, weather boarded, over which the larger permanent nave would be constructed.  Hawes left Long Island soon after this but continued to send further designs for the completion of the building  over the next 3 years.  The 3rd of these is much as the building appears today.