Church of Our Lady of Sion – Cat Island 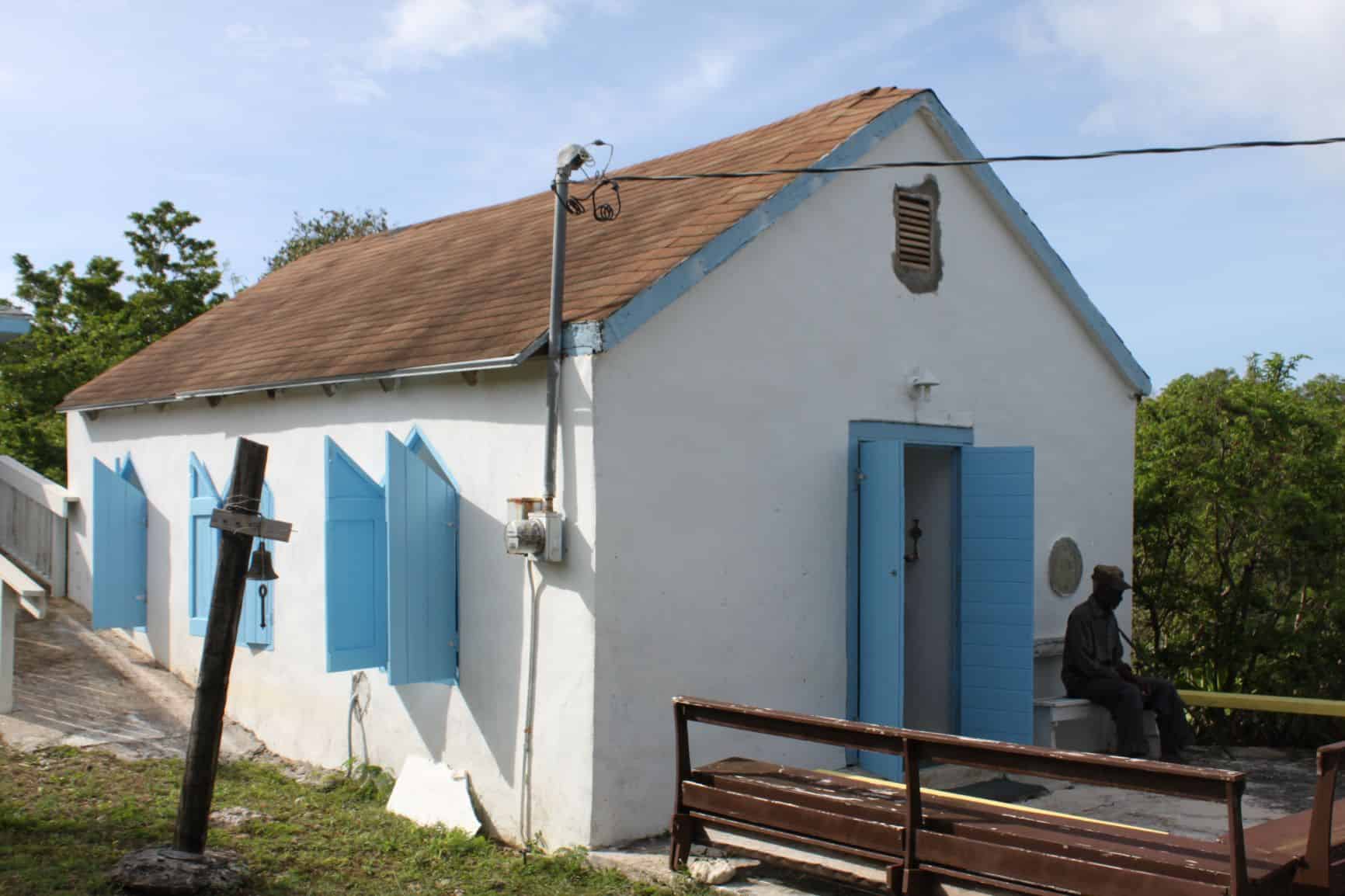 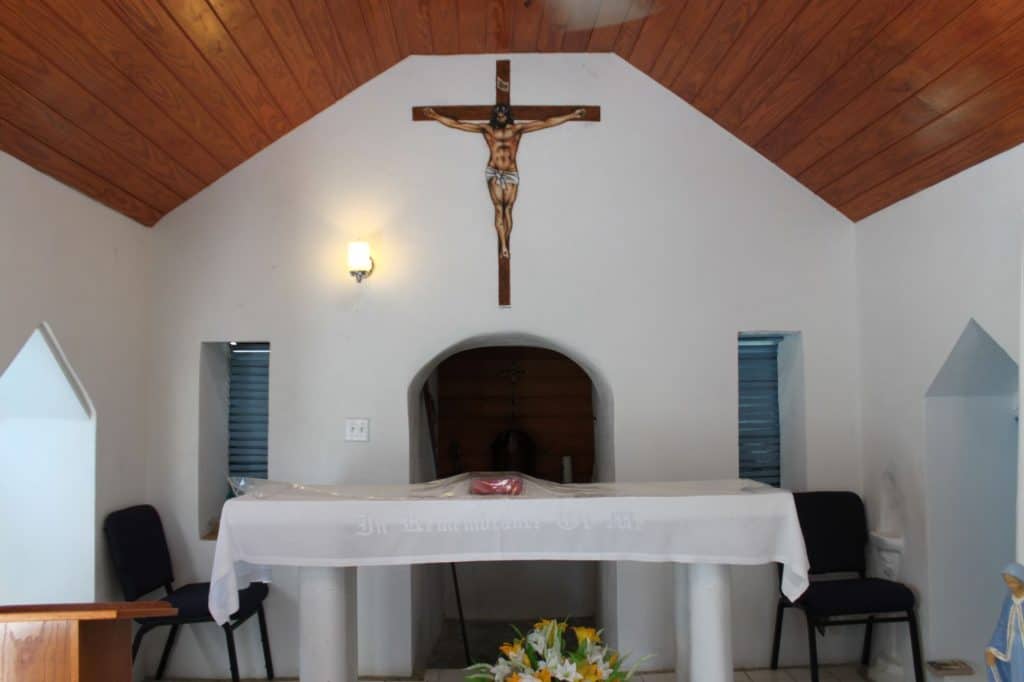 The Rood Cross currently in use in Our Lady of Sion – not the cross installed by Hawes. 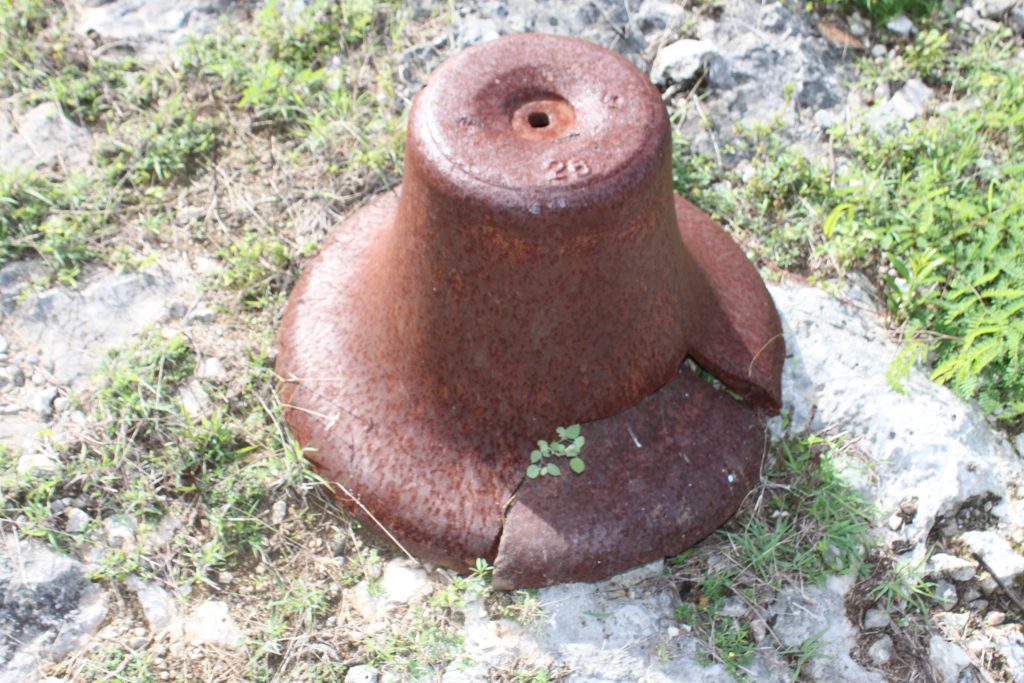 Bell in the grounds of Our Lady of Sion. 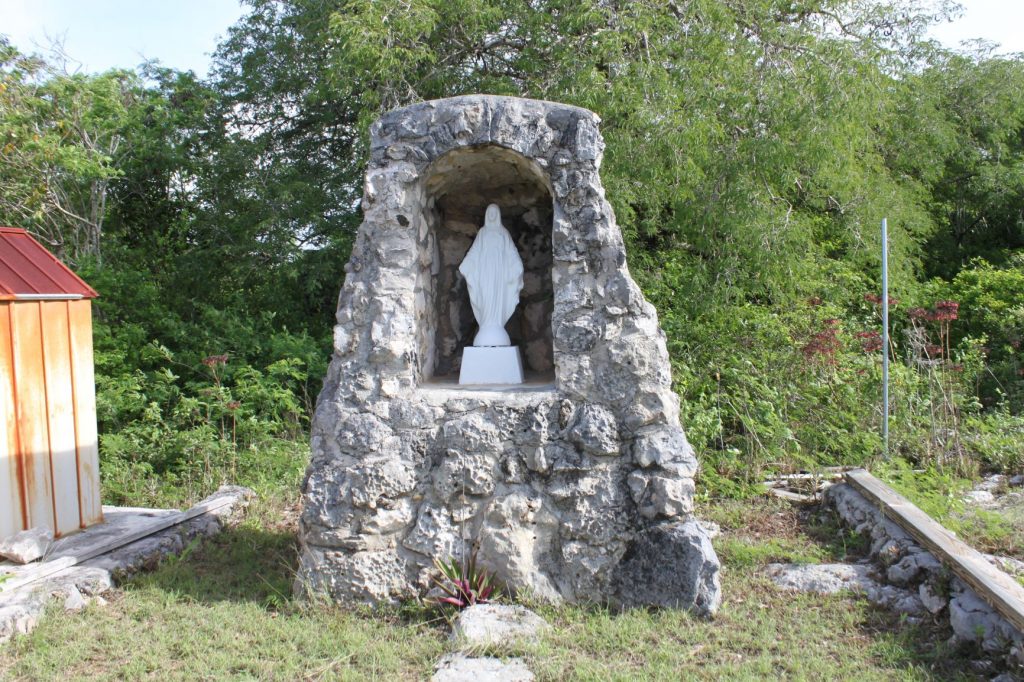 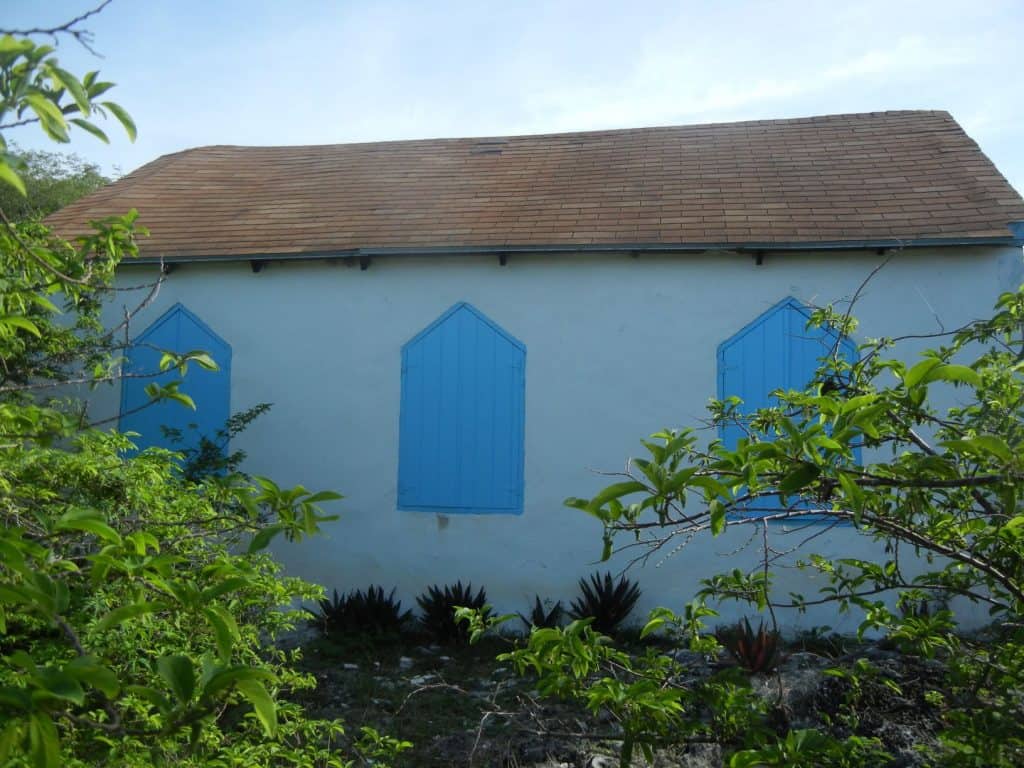 When Hawes first arrived on Cat Island he landed at Port Howe and it was there that the first Catholic community was formed under his pastoral care.

Hawes talks about converting an old warehouse into a church. It is not clear whether this is the Church that he speaks about finishing in a letter to Bishop Gummer in January 1952 (cited in Taylor 2000, p.286). Hawes mentions that the same hurricane that partially demolished his church in Freetown did no damage to the Port Howe Church of Our Lady of Sion.

The Church had several Hawesian features including a Rood Cross which has the crucified Christ holding the Eucharistic bread in his right hand and the blood flowing into a chalice on his left side.

Hawes speaks about the 26” diameter church bell of Our Lady of Sion Church which was brought there from Freetown where the hurricane cracked it. In relocating it to Port Howe, Hawes speaks of how much better it sounded there, “. . . a miraculous recovery - St Cecilia must have laid a finger on it.”

Around 1951 a Fr Wind took over the church in Port Howe and to the disappointment of Hawes he dismantled elements of the Church including the rood cross and bell and stopped celebrating Mass there in preference to  celebrating it in a “dance hall”. This continued for three years but eventually in 1954 Hawes reported in a letter to Dom Michael Hanbury of Prinknash Abbey in Gloucester, England, that these items were restored to the Church and it once again was in regular use.

A visit by 'Pilgrims' from Western Australia in 2018 found that neither the Rood Cross described by Hawes nor the bell were currently in use, however the church was used occasionally.