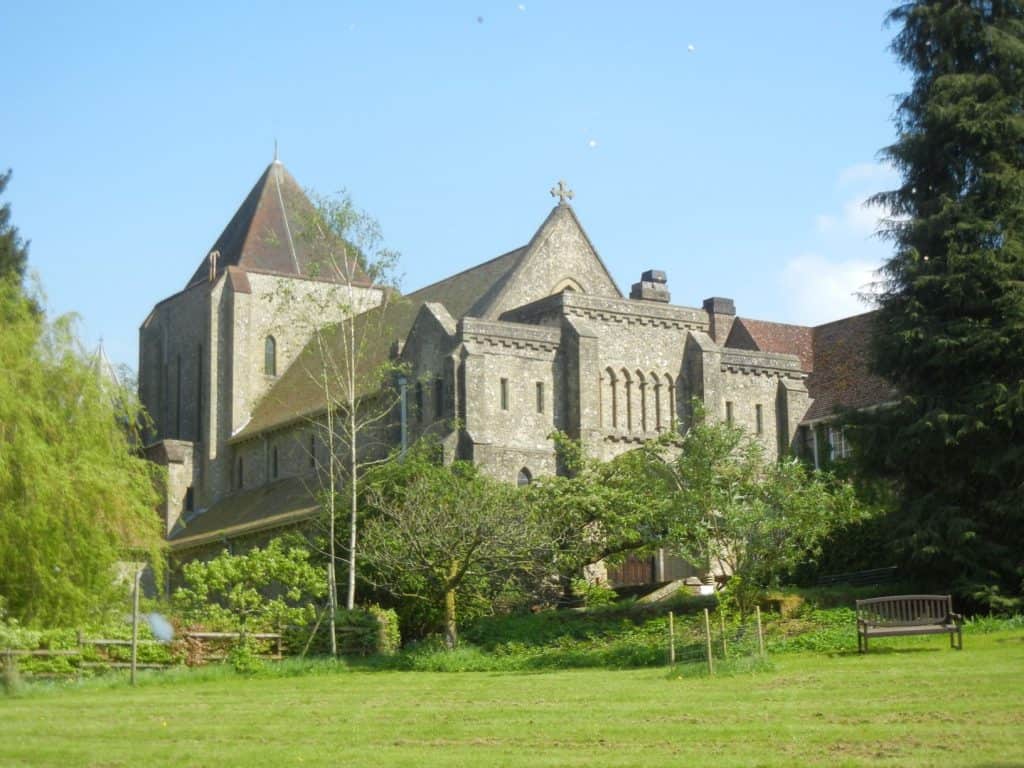 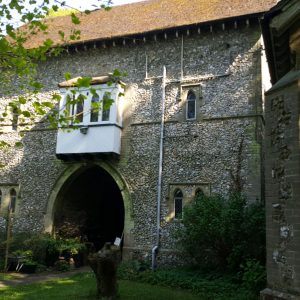 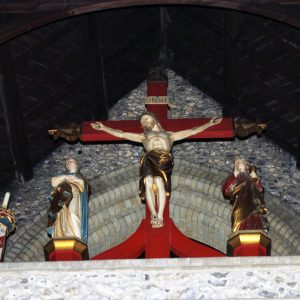 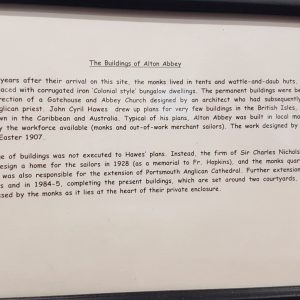 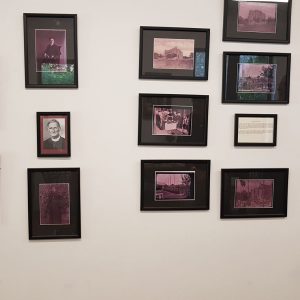 Due to a fire in 1956 that destroyed the Abbey’s records, there is some conjecture about Hawes’ architectural involvement in its buildings.

In a letter (Hawes to Dom Michael Hanbury – Prinknash Abbey, Gloucester, in Taylor 2000, p.10) Hawes said he designed the gatehouse and church. In another source (Pevsner, Nikolaus and Lloyd, David 1967, Hampshire and the Isle of Wight Buildings of England, Penguin Books Ltd, cited in Taylor 2000, p.15) there is a reference to two other architects in respect to the church building, namely Percy Green and Sir Charles Nicholson.

However, Anson (author of The Hermit of Cat Island), attributes the gatehouse and adjacent chapel to Hawes but admits the Hawes’ designs for the church were “greatly modified” (Anson 1958, p.164). The foundation stone of the gatehouse and chapel was laid in 1902 and the building opened on St Michaelmas (29 September) 1903, but according to Taylor (2000, p.10) completed on the same feast day in 1904.

The Abbey historians claim that Hawes designed the church but also mention that due to lack of numbers  in the community as well as lack of finances, the building of the planned monastic choir and ambulatory were not carried out.