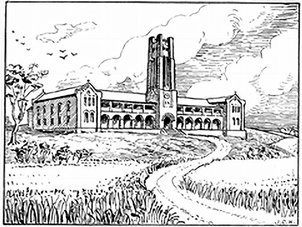 College as designed by Hawes 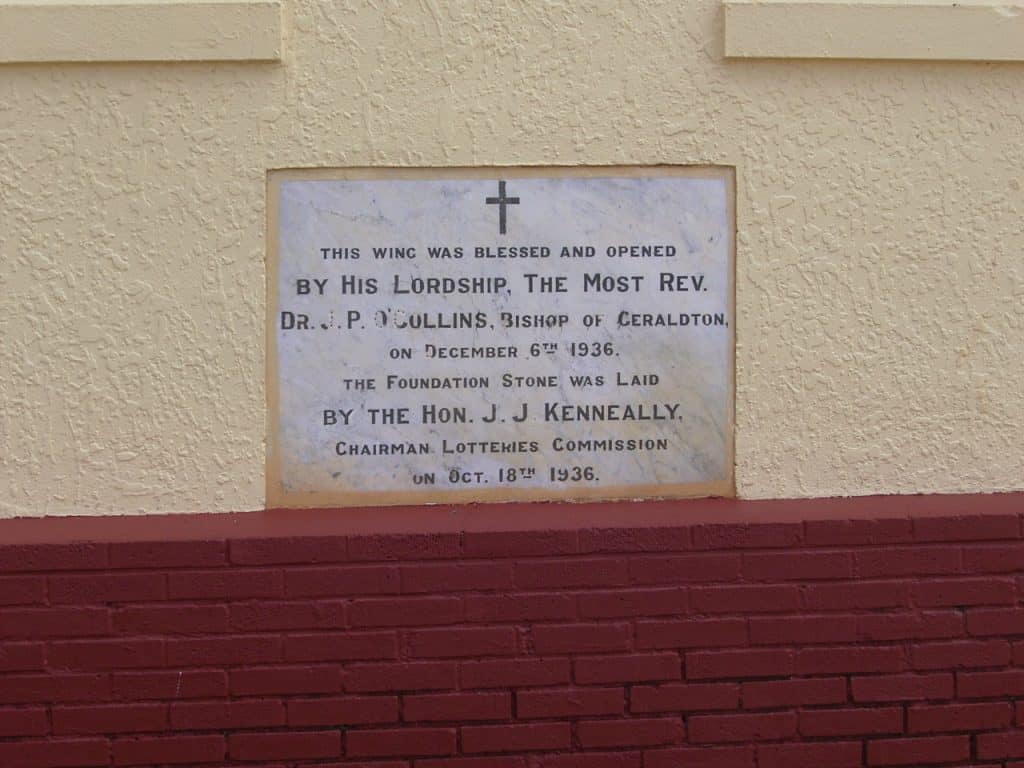 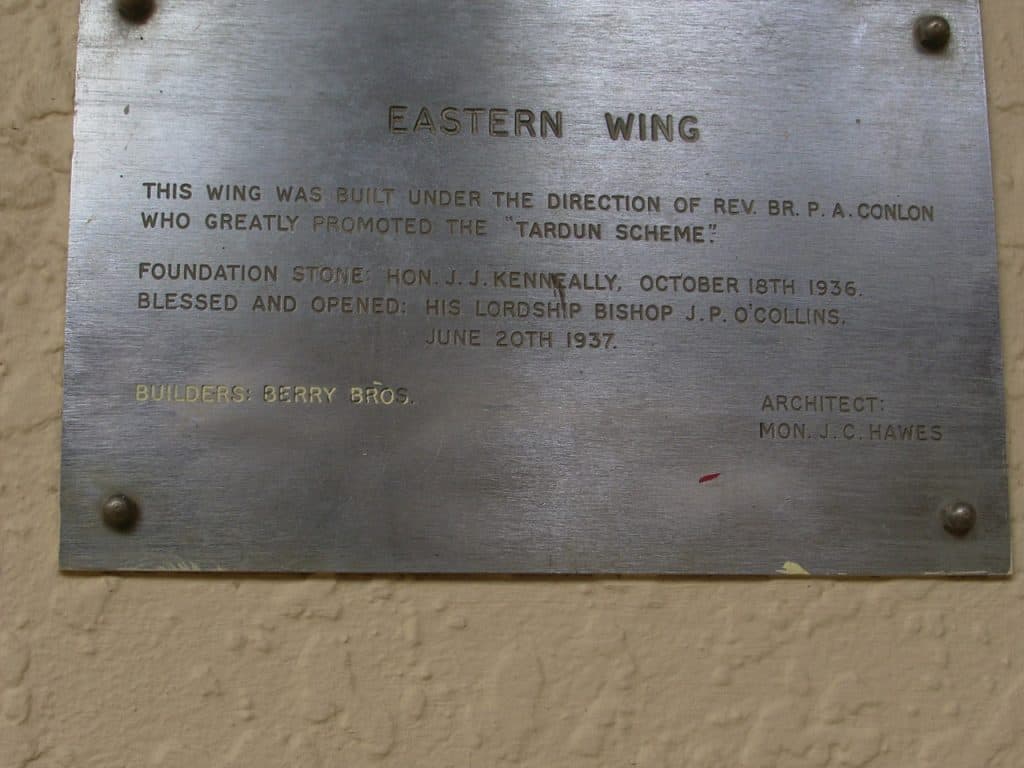 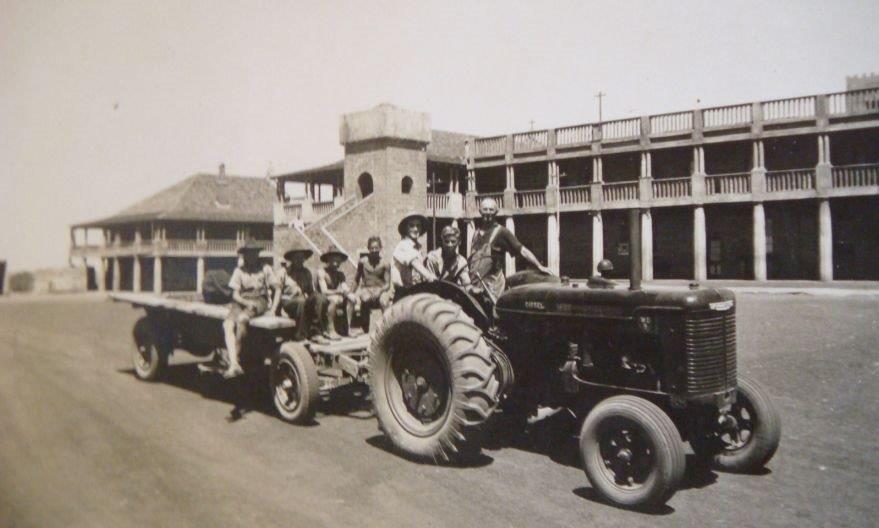 Brothers and students on the farm in front of the Central Block. Tardun 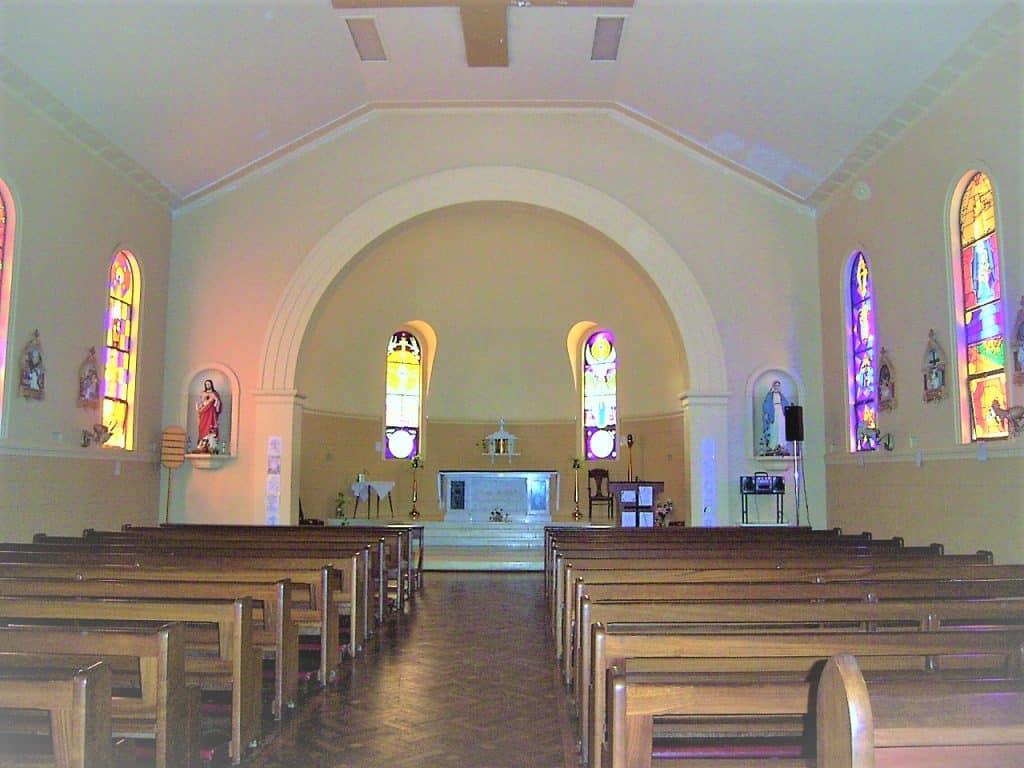 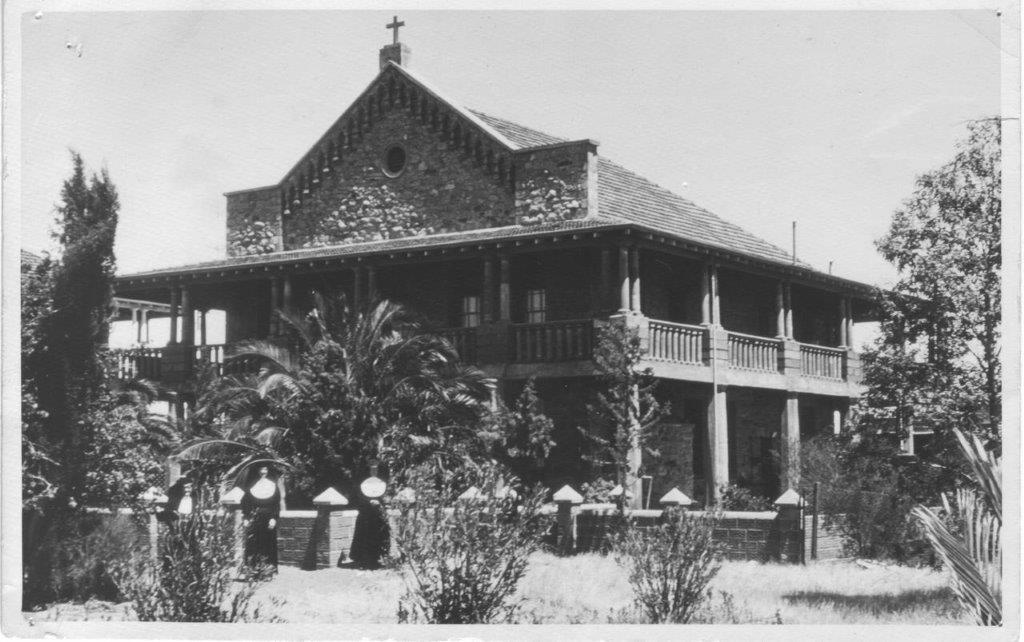 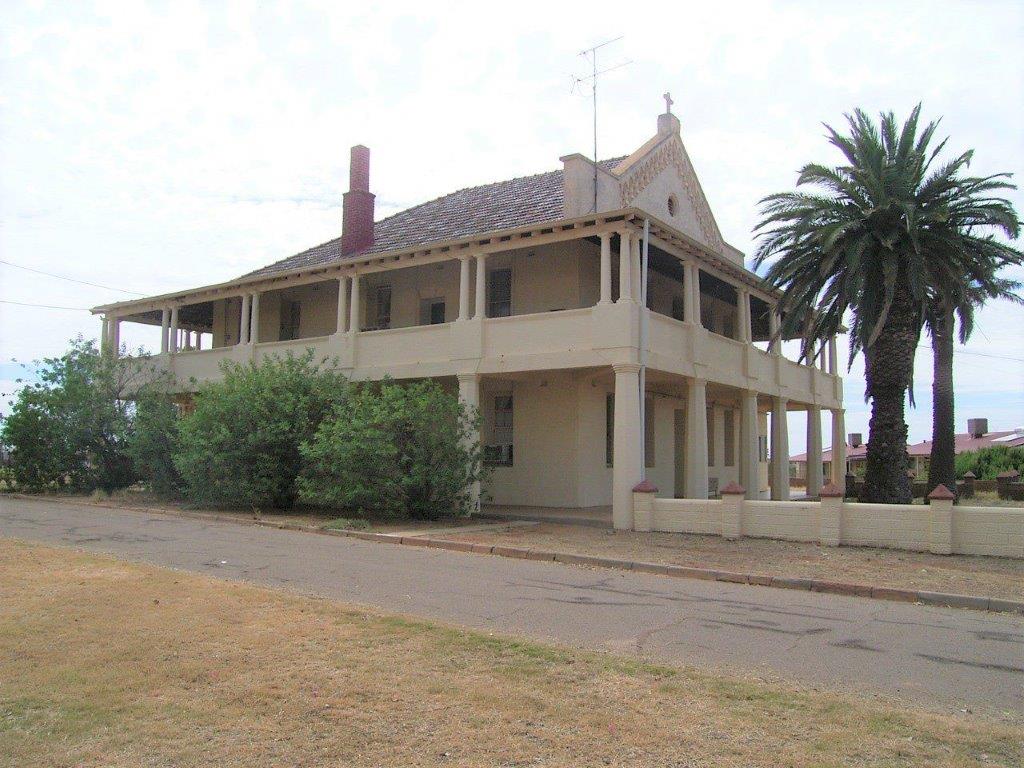 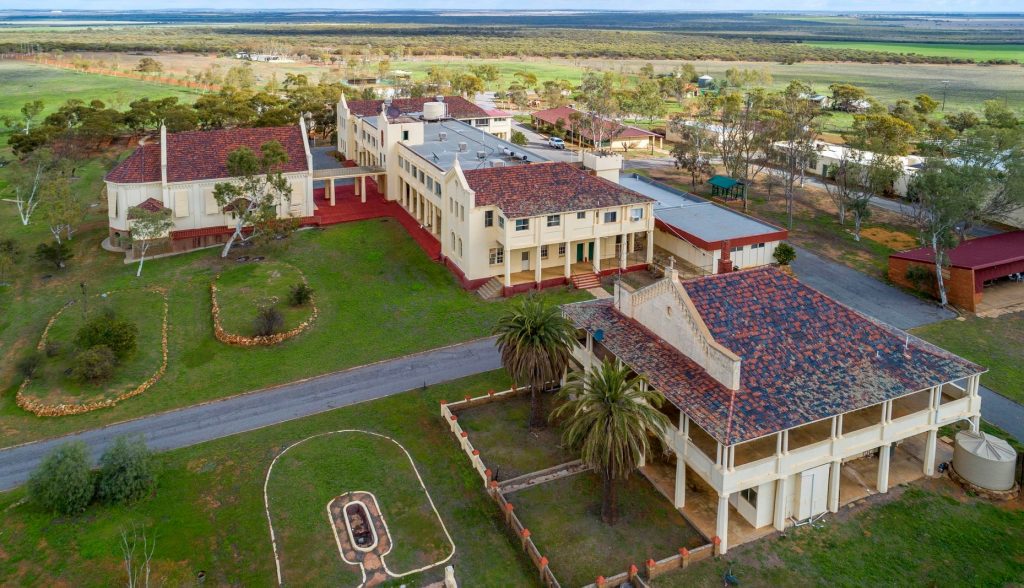 Drone view of St Mary’s with the Convent in the foreground. 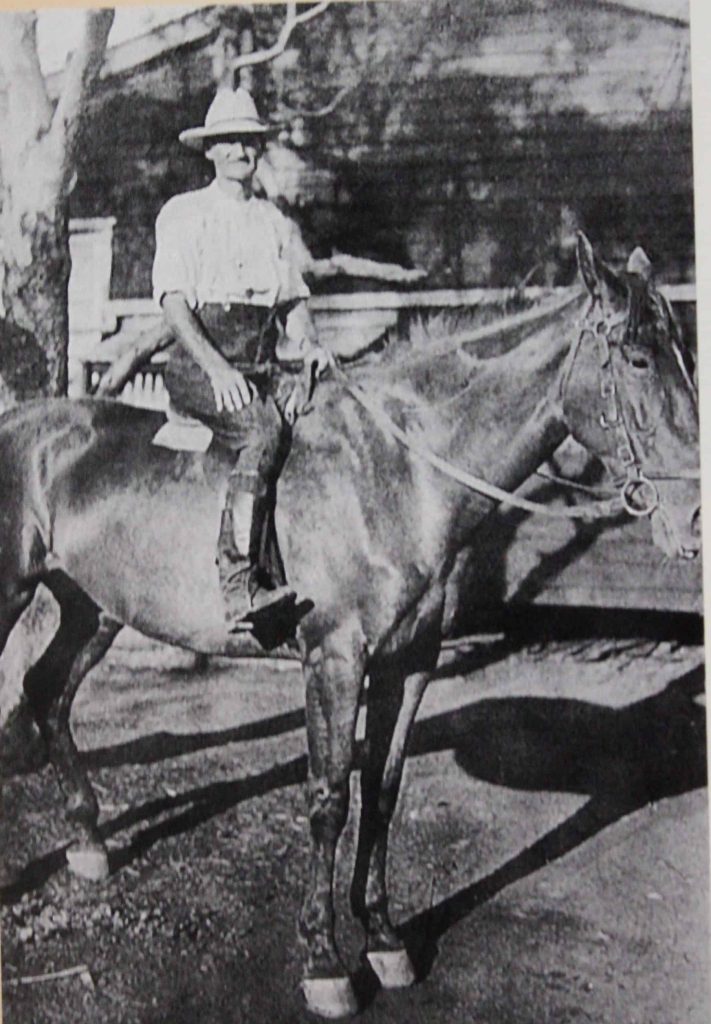 John Hawes on his horse Babs at Tardun 1930

Hawes began working on designs for the Christian Brothers Agricultural School at Tardun in the 1930’s. It was to be part of the Brothers’ complex of orphanage/educational institutions which included Contarf and Bindoon.  The foundation stone on the east wing was laid in 1936 and it was blessed in December by Bishop O’Collins.

Tardun is 40 kms south of Mullewa.  The Christian Brothers had taken up land there in 1927 and it was planned that the boys from the Christian Brothers College at Clontarf in Perth who showed an aptitude for farming would be  sent to Tardun and taught agricultural skills and  they could later  apply for grants through the Government.

Hawes was familiar with the Brothers and their plans as he was the parish priest at Mullewa at the time  and his area included the district of Tardun. He had established a 2nd Mass Rock in the area at the ‘old camp site’  which is where the brothers first lived, and a photo shows Hawes on his horse Babs at Tardun in 1930.

Hawes plans for the college were quite grand with a central tower, arched collonade and pitched central roof, not unlike his later design for Nazareth House.  The buildings were completed over many years by Berry Brothers of Perth with  cement bricks made at the school by the staff and students.  The East Wing was completed first  (1937) as the original building, the central block was described on Hawes' plans as the 'proposed extension'  and then the west wing was described as the 'future extension'.  In 1961 a Chapel was built to the south of the central block which wasn't to Hawes design and which obscured Hawes' south elevation.

The staff and students  were also responsible for the  making of cement pillars and the plumbing and painting. This work saved over 50% of the estimated cost of the building which was £4,500. The planned tower was never built and the lack of labour and materials during these times is responsible for the rough finish and the omission of many of Hawes’s design features such as the arched colonnade and pitched roof.

In 1938 Hawes designed a Convent to accommodate the Nazareth Sisters who came from England with groups of migrant boys.  Although the design would have had it attached to the western wing, this was not finished in time so it was built as a separate structure.

St Mary's is now privately owned and not open to the public.